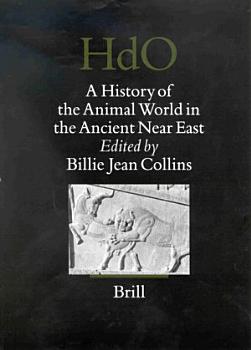 
A reference guide and key to all aspects of man’s contact with the menagerie of the Ancient Near East. With ample original illustrations. 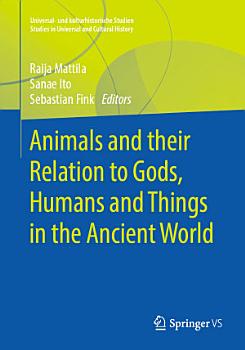 
While Human-Animal Studies is a rapidly growing field in modern history, studies on this topic that focus on the Ancient World are few. The present volume aims at closing this gap. It investigates the relation between humans, animals, gods, and things with a special focus on the structure of these categories. An improved understanding of the ancient categories themselves is a precondition for any investigation into the relation between them. The focus of the volume lies on the Ancient Near East, but it also provides studies on Ancient Greece, Asia Minor, Mesoamerica, the Far East, and Arabia. 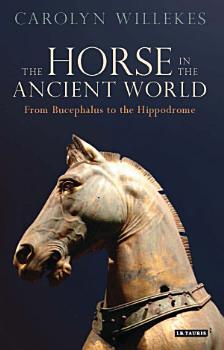 
The domestication of the horse in the fourth millennium BC altered the course of mankind's future. Formerly a source only of meat, horses now became the prime mode of fast transport as well as a versatile weapon of war. Carolyn Willekes traces the early history of the horse through a combination of equine iconography, literary representations, fieldwork and archaeological theory. She explores the ways in which horses were used in the ancient world, whether in regular cavalry formations, harnessed to chariots, as a means of reconnaissance, in swift and deadly skirmishing (such as by Scythian archers) or as the key mode of mobility. Establishing a regional typology of ancient horses - Mediterranean, Central Asian and Near Eastern - the author discerns within these categories several distinct sub-types. Explaining how the physical characteristics of each type influenced its use on the battlefield - through grand strategy, singular tactics and general deployment - she focuses on Egypt, Persia and the Hittites, as well as Greece and Rome. This is the most comprehensive treatment yet written of the horse in antiquity. 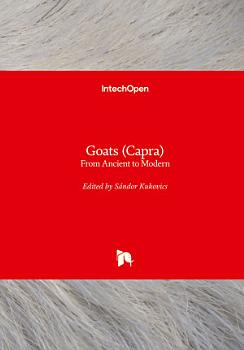 
Research and development in animal husbandry and products manufacturing are ongoing, and the results should be summarized from time to time and made available to the reader in order to increase their knowledge.The present publication seeks to present the results related to the goat species. The first part of the volume contains the cultural history of the goat as well as chapters on the breeds kept and bred in Spain, USA, and Nepal. The second part covers the chapters dealing with Cashmere and Pashmina wool. In the third part of the volume, you can read about the differences between the different goat cheeses. The first chapter of the fourth part compares the drugs that can be used in the treatment of goat diseases, while the second chapter describes the parasites of the gastrointestinal tract (GIT). 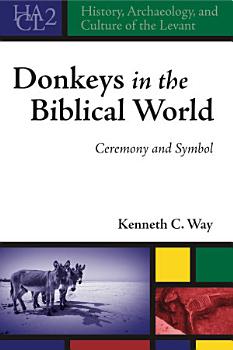 
In this volume, Kenneth Way explores the role of donkeys in the symbolism and ceremonies of the biblical world. His study stands alone in providing a comprehensive examination of donkeys in ancient Near Eastern texts, the archaeological record, and the Hebrew Bible. Way demonstrates that donkeys held a distinct status in the beliefs and rituals of the ancient Near East and especially Canaan-Israel. The focus on ceremony and symbol encompasses social and religious thoughts and practices that are reflected in ancient texts and material culture relating to the donkey. Ceremonial considerations include matters of sacrifice, treaty ratification, consumption, death, burial, “scapegoat” rituals, and foundation deposits; symbolic considerations include matters of characterization, association, function, behavior, and iconographic depiction. However, the distinction between ceremony and symbol is not strict. In many cases, these two categories are symbiotic. The need for this study on donkeys is very apparent in the disciplines that study the biblical world. There is not a single monograph or article that treats this subject comprehensively. Philologists have discussed the meaning of the Amorite phrase “to kill a jackass,” and archaeologists have discussed the phenomenon of equid burials. But until now, neither philologists nor archaeologists have attempted to pull together all the ceremonial and symbolic data on donkeys from burials, ancient Near Eastern texts, and the Hebrew Bible. Way’s study fills this void. 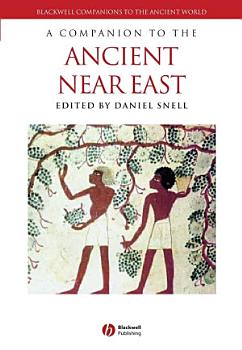 
A Companion to the Ancient Near East offers students and general readers a comprehensive overview of Near Eastern civilization from the Bronze Age to the conquests of Alexander the Great. Covers the civilizations of the Sumerians, Hittites, Babylonians, Assyrians, Israelites and Persians Places particular emphasis on social and cultural history Covers the legacy of the Ancient Near East in the medieval and modern worlds Provides a useful bibliographical guide to this field of study 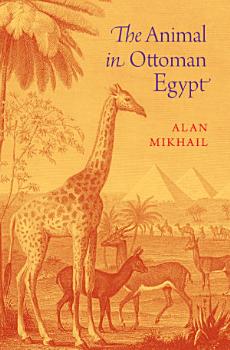 
Animals in Ottoman Egypt examines the multiple changing relationships between humans and animals in a place that affords perhaps the longest documentary record of the human-animal relationship. Egypt was home to the world's first zoo (circa 2500 BCE), one of the oldest religions to incorporateanimal forms, and perhaps the first domesticated dogs. During the crucial centuries of Ottoman rule in Egypt between 1517 and 1882, the changing relationships between humans and animals were central to the transformation of Egypt from an early modern society fully ensconced in an Ottoman imperialsystem of rule to a nineteenth-century centralizing state. Egypt in this period transitioned from being an early modern world characterized primarily by intense human-animal interactions to being one in which this relationship was no longer the basis of commercial and social life. The results ofthis transition were a fundamental reordering of political, economic, social, and ecological power. This book thus seeks to explain one of the most important historical transitions of the last 500 years through the story of changes to one of the most historically significant of human relationships -those with other animals.This history also makes evident how what happened to animals in Ottoman Egypt would eventually happen to certain kinds of humans. Just as livestock, dogs, and elephants were stripped of their constructive social and economic functions in the early nineteenth century, so too were Egyptian peasants,the uneducated, the disabled, the poor, the sick, the criminal, and the itinerant cut out of the productive social and economic realms of Egypt later in the century. As their animal counterparts were confined in veterinary holding pens and the zoo, these humans would be subjected to similarnineteenth-century projects of enclosure - the prison, asylum, conscription camp, hospital, and school. As the social became more strictly, vigorously, and narrowly defined, fewer living human and nonhuman beings were given access to it and its borders came to be more intensely defended throughviolence, coercion, and discipline. Thus, Ottoman Egypt's transition to modernity was a wrenching and painful experience for most animals and humans alike. The story of what happened to the animal in Ottoman Egypt is also the story of what happened to the human - a story of the animal in all ofus. 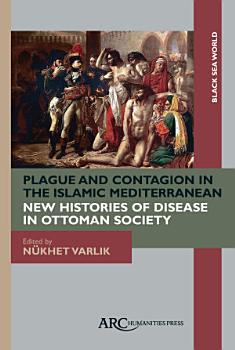 
This volume discusses diseases that affected human and non-human populations in areas stretching from the Red Sea and Egypt to Anatolia, the Balkans, and the Black Sea, in the early modern and modern eras. It tackles various questions of historiography and sources, tests new interdisciplinary methodologies, and asks new questions while revisiting older ones. Lastly, it contributes to Ottoman studies, the history of medicine, Mediterranean and European history, as well as global studies on the role of epidemics in history. 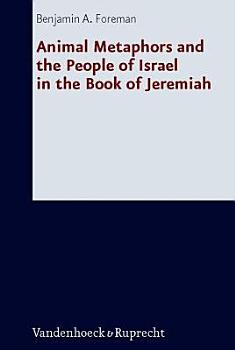 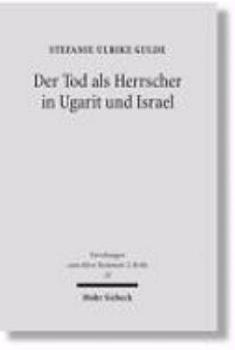 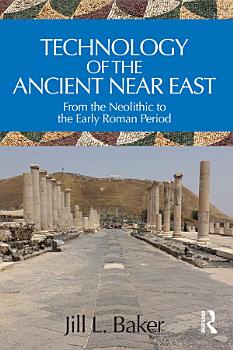 
Peoples of the distant past lived comfortably in cities that boasted well-conceived urban planning, monumental architecture, running water, artistic expression, knowledge of mathematics and medicine, and more. Without the benefits of modern technology, they enjoyed all the accoutrements of modern civilization. Technology of the Ancient Near East brings together in a single volume what is known about the technology behind these acheivements, based on the archaeological, textual, historic, and scientific data drawn from a wide range of sources, focusing on subjects such as warfare, construction, metallurgy, ceramics and glass, water management, and time keeping. These technologies are discussed within the cultural, historic, and socio-economic contexts within which they were invented and the book emphasises these as the foundation upon which modern technology is based. In so doing, this study elucidates the ingenuity of ancient minds, offering an invaluable introduction for students of ancient technology and science. 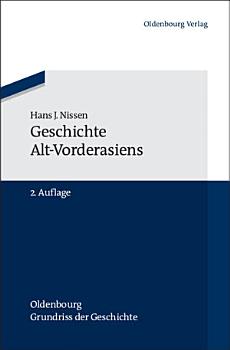 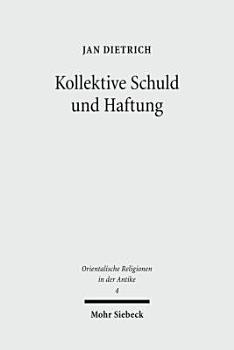 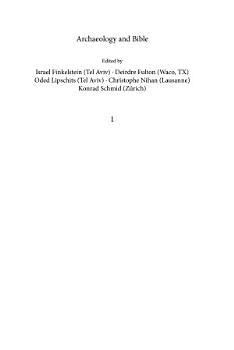 
The dietary prohibitions in Leviticus 11 and Deuteronomy 14 represent one of the most detailed textual overlaps in the Pentateuch between the Priestly material and Deuteronomy, yet study of them is often stymied by the rare terminology. This is especially the case for the birds: their identities are shrouded in mystery and the reasons for their prohibition debated. Peter Altmann attempts to break this impasse by setting these flyers within the broader context of birds and flying creatures in the Ancient Near East. His investigation considers the zooarcheological data on birds in the ancient Levant, iconographic and textual material on mundane and mythic flyers from Egypt and Mesopotamia, as well as studying the symbolic functions of birds within the texts of the Hebrew Bible itself. Within this context, he undertakes thorough terminological studies of the expressions for the types of birds, concluding with possible reasons for their exclusion from the prescribed diet and the proposed composition-critical location for the texts in their contexts. 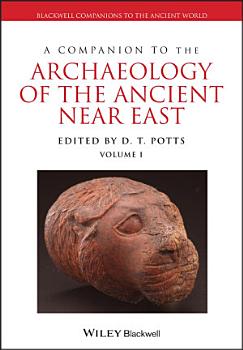 
A comprehensive and authoritative overview of ancient material culture from the late Pleistocene to Late Antiquity Features up-to-date surveys and the latest information from major new excavations such as Qatna (Syria), Göbekli Tepe (Turkey) Includes a diverse range of perspectives by senior, mid-career and junior scholars in Europe, USA, Britain, Australia, and the Middle East for a truly international group Includes major reviews of the origins of agriculture, animal domestication, and archaeological landscapes Includes chapters dealing with periods after the coming of Alexander the Great, including studies of the Seleucid, Arsacid, Sasanian, Roman and Byzantine empires in the Near East, as well as early Christianity in both the Levant and Mesopotamia Fills a gap in literature of the Ancient Near East, dealing with topics often overlooked, including ethical and legal issues in antiquities markets and international scholarship 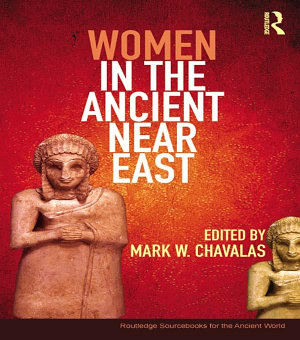 
Women in the Ancient Near East provides a collection of primary sources that further our understanding of women from Mesopotamian and Near Eastern civilizations, from the earliest historical and literary texts in the third millennium BC to the end of Mesopotamian political autonomy in the sixth century BC. This book is a valuable resource for historians of the Near East and for those studying women in the ancient world. It moves beyond simply identifying women in the Near East to attempting to place them in historical and literary context, following the latest research. A number of literary genres are represented, including myths and epics, proverbs, medical texts, law collections, letters, treaties, as well as building, dedicatory, and funerary inscriptions. 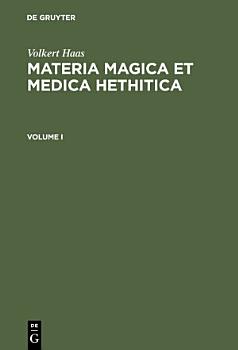 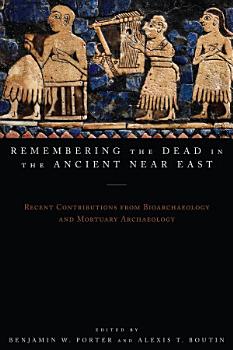 
Remembering the Dead in the Ancient Near East is among the first comprehensive treatments to present the diverse ways in which ancient Near Eastern civilizations memorialized and honored their dead, using mortuary rituals, human skeletal remains, and embodied identities as a window into the memory work of past societies. In six case studies, teams of researchers with different skillsets—osteological analysis, faunal analysis, culture history and the analysis of written texts, and artifact analysis—integrate mortuary analysis with bioarchaeological techniques. Drawing upon different kinds of data, including human remains, ceramics, jewelry, spatial analysis, and faunal remains found in burial sites from across the region’s societies, the authors paint a robust and complex picture of death in the ancient Near East. Demonstrating the still underexplored potential of bioarchaeological analysis in ancient societies, Remembering the Dead in the Ancient Near East serves as a model for using multiple lines of evidence to reconstruct commemoration practices. It will be of great interest to students and scholars of ancient Near Eastern and Egyptian societies, the archaeology of death and burial, bioarchaeology, and human skeletal biology.