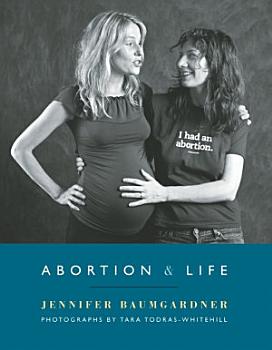 
“In her role as author and activist, Jennifer Baumgardner has permanently changed the way people think about feminism . . . and will shape the next hundred years of politics and culture.”—The Commonwealth Club of California, hailing Baumgardner as one of Six Visionaries for the Twenty-First Century “If Jennifer Baumgardner ever needs another mom, I’ll be the first in line to adopt her. She’s smart, fearless, and a formidable force for change.”—Barbara Ehrenreich, author of Nickel and Dimed In Abortion & Life, author and activist Jennifer Baumgardner reveals how the most controversial and stigmatized Supreme Court decision of our time cuts across eras, classes, and race. Stunning portraits by photographer Tara Todras-Whitehill of folk singer Ani DiFranco, authors Barbara Ehrenreich and Gloria Steinem, and others accompany their elucidating accounts of their own abortion experiences. In this bold new work, Baumgardner explores some of the thorniest issues around terminating a pregnancy, including the ones that the pro-choice establishment has been the least sensitive or effective in confronting. Jennifer Baumgardner is the producer/creator of the award-winning film I Had an Abortion. She is the co-author (with Amy Richards) of Manifesta: Young Women, Feminism, and the Future and Grassroots: A Field Guide for Feminist Activism (both Farrar, Straus & Giroux). Her most recent book is Look Both Ways: Bisexual Politics (FSG, 2007). She writes regularly for women’s magazines like Glamour, Elle, and Allure, as well as more political outlets such as The Nation, Harper’s, and NPR’s All Things Considered. She lives in New York City. Praise for Abortion & Life: Publishers Weekly, Sept. 2008 Activist, filmmaker (of I Had an Abortion) and co-author (Manifesta: Young Women, Feminism and the Future) Baumgardner dedicates her work to spreading awareness about abortion. Graced with black and white photo portraits by Tara Todras-Whitehill of women wearing Baumgardner’s shirt, reading simply “I had an abortion,” the emphasis is on the testimony of these patients, revealing not only how common the procedure is (one in three women, according to the Guttmacher Institute) but how diverse those women and their situations are. Baumgardner begins with a brief history of abortion legislation in America, from pre-Roe v. Wade restrictions to clinic workers and doctors protested, threatened and murdered (as in the case of Buffalo doctor Barnett Slepian). Still, as Baumgardner says, it’s the record of “our lives [that] might provide the best road map to strengthening women’s reproductive freedoms.” Included is a comprehensive listing of abortion resources, and 10 percent of the book’s profits go to the New York Abortion Access Fund. "An effort at finding the middle ground on a contentious issue…Baumgardner's dedication to widening and civilizing the discussion is clear. She instructs, hopefully; this book belongs in the hands of a new generation of abortion-rights advocates, who can benefit from its history and might strive to answer its difficult questions."—Los Angeles Times 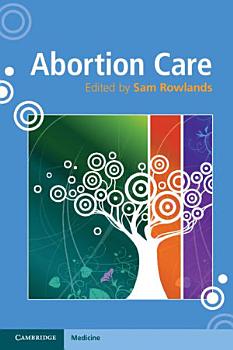 
This comprehensive review of the emotive and often controversial topic of abortion provides clinicians with a multidisciplinary focus on abortion services, discussing clinical topics in their sociological, legal and ethical context. It is particularly timely as novel methods of service delivery make this vital resource more accessible, allowing abortion to be performed in community settings. Topics include medical and surgical methods of abortion, ultrasound scanning, pain control, complications, and abortion in women with medical conditions, as well as ethics, stigma, and human rights. Written by leading authorities in their subject areas, Abortion Care is essential reading for medical and nursing specialists and forms a useful resource in the delivery of graduate courses in the fields of obstetrics and gynaecology and sexual and reproductive healthcare. It is also of interest to professionals involved in planning, delivering and managing women's health services, including counsellors, service managers and public health specialists. 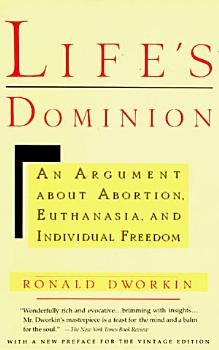 
Internationally renowned lawyer and philosopher Ronald Dworkin addresses the crucially related acts of abortion and euthanasia in a brilliantly original book that examines their meaning in a nation that prizes both life and individual liberty. From Roe v. Wade to the legal battle over the death of Nancy Cruzan, no issues have opened greater rifts in American society than those of abortion and euthanasia. At the heart of Life's Dominion is Dworkin's inquest into why abortion and euthanasia provoke such controversy. Do these acts violate some fundamental "right to life"? Or are the objections against them based on the belief that human life is sacred? Combining incisive moral reasoning and close readings of indicidual court decisions with a majestic interpretation of the U.S. Constitution itself, Dworkin gives us a work that is absolutely essential for anyone who cares about the legal status of human life. 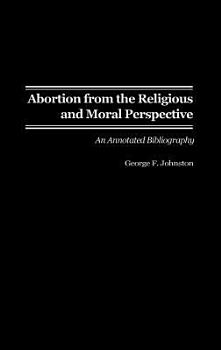 
For approximately three decades, the abortion debate has polarized America. This comprehensive volume includes bibliographic citations that address the moral and religious aspects of abortion. It covers such topics as the various arguments both for and against abortion, the status of the fetus, and overviews of several religions' stances on abortion. Citations also include references on how Christianity has influenced abortion politics and law, discussions of Operation Rescue, and official statements on abortion by religious organizations. 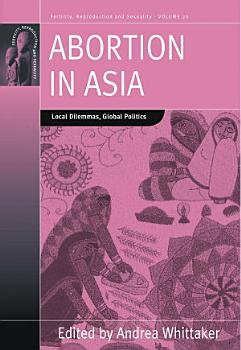 
The issue of abortion forces a confrontation with the effects of poverty and economic inequalities, local moral worlds, and the cultural and social perceptions of the female body, gender, and reproduction. Based on extensive original field research, this provocative collection presents case studies from Thailand, Cambodia, Burma, Vietnam, Bangladesh, Indonesia, and India. It includes powerful insight into the conditions and hard choices faced by women and the circumstances surrounding unplanned pregnancies. It explores the connections among poverty, violence, barriers to access, and the politics and strategies involved in abortion law reform. The contributors analyze these issues within the broader conflicts surrounding women's status, gender roles, religion, nationalism and modernity, as well as the global politics of reproductive health. 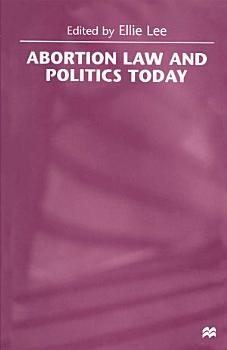 
Women's needs are placed at the centre of this collection. The contributors discuss the extent to which the contemporary legal framework on abortion matches the needs of women faced with unwanted pregnancy. The book contains sections on Britain, including an account of the campaign to legalize abortion, written by those centrally involved with that campaign; international comparisons of abortion law, with chapters on France, the United States, Ireland and Poland; and chapters covering contemporary debates, including men's rights in abortion and abortion for foetal abnormality. 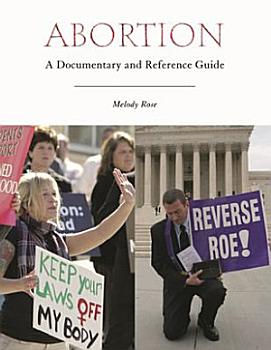 
Chronicles the history of abortion in the United States from the early 1800s to 2007 through primary documents and analyses by the author.


Facing an unintended pregnancy? How can you make your own choice? Would abortion be a safe and sound solution now and in the future? This handbook, written by a team of women and men, covers parenting, abortion, and adoption. In Part 1, an experienced female pregnancy counsellor provides a simple step-by-step guide to making your own decision. Part 2 explores the options ahead for all involved and answers questions you may have. Part 3 digs deeper into health-concerns after abortion that are often overlooked. 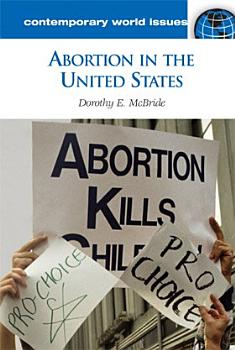 
Presents both sides of the debate over abortion in the United States in historical, international, and medical contexts, including summaries and excerpts of historical documents, and data on abortion incidences and practice. 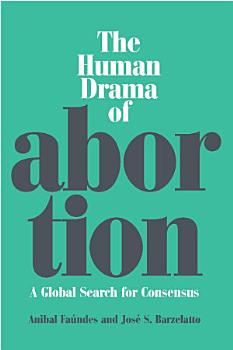 
Deeply touched by the tragedies of botched abortions that they witnessed as medical students and young physicians in Chile in the 1970s and later around the world, the authors have attempted in this book, to establish a framework for dialogue to replace the polarization that exists today. 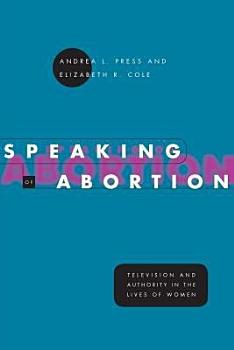 
Over four years, Andrea Press and Elizabeth Cole watched television with women, visiting city houses, suburban subdivisions, modern condominiums, and public housing projects. They found that television depicts abortion as a problem for the poor and the working classes, and that viewers invariably referred to and abided by class when discussing abortion. Speaking of Abortion is an invaluable resource that allows us to hear how ordinary women discuss one of America's most volatile issues. 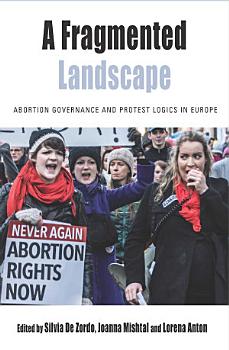 
Since World War II, abortion policies have remained remarkably varied across European nations, with struggles over abortion rights at the forefront of national politics. This volume analyses European abortion governance and explores how social movements, political groups, and individuals use protests and resistance to influence abortion policy. Drawing on case studies from Italy, Spain, Norway, Poland, Romania, Russia, Sweden, Switzerland, the United Kingdom and the European Union, it analyses the strategies and discourses of groups seeking to liberalise or restrict reproductive rights. It also illuminates the ways that reproductive rights politics intersect with demographic anxieties, as well as the rising nationalisms and xenophobia related to austerity policies, mass migration and the recent terrorist attacks in Europe. 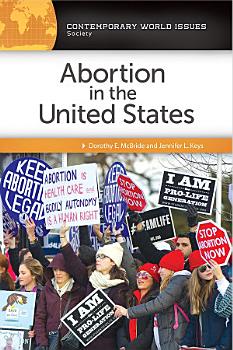 
Distinctive in its use of two disciplinary lenses—sociology and political science—Abortion in the United States provides a balanced scholarly analysis of the most salient issues in the pro-life/pro-choice debate. • Traces the continually shifting landscape of public opinion, spotlighting millennial and male perspectives and the factors that shape abortion beliefs • Offers an intersectional analysis of restricted access to abortion, paying particular attention to the sociodemographic characteristics of women who have abortions and the lived experiences of making pregnancy decisions amidst the political controversy • Accentuates the role that institutions including schools, pharmacies, the military, prisons, and immigration detention facilities play in determining women's reproductive decisions • Features an analysis of movement-countermovement dynamics and relies on scientific evidence to investigate contested claims over emergency contraception, late-term abortions, and the safety of the abortion procedure and its psychological outcomes 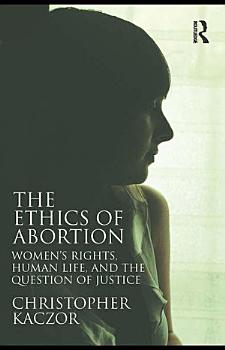 
Appealing to reason rather than religious belief, this book is the most comprehensive case against the choice of abortion yet published. The Ethics of Abortion critically evaluates all the major grounds for denying fetal personhood, including the views of those who defend not only abortion but also infanticide. It also provides several (non-theological) justifications for the conclusion that all human beings, including those in utero, should be respected as persons. This book also critiques the view that abortion is not wrong even if the human fetus is a person. The Ethics of Abortion examines hard cases for those who are prolife, such as abortion in cases of rape or in order to save the mother’s life, as well as hard cases for defenders of abortion, such as sex selection abortion and the rationale for being “personally opposed” but publically supportive of abortion. It concludes with a discussion of whether artificial wombs might end the abortion debate. Answering the arguments of defenders of abortion, this book provides reasoned justification for the view that all intentional abortions are morally wrong and that doctors and nurses who object to abortion should not be forced to act against their consciences. 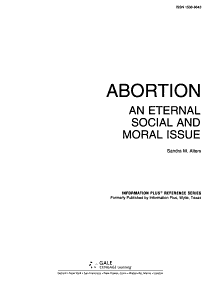 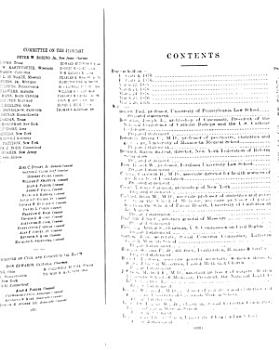 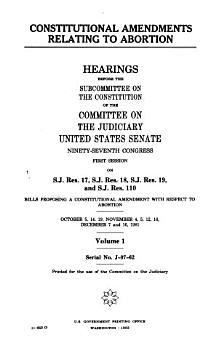 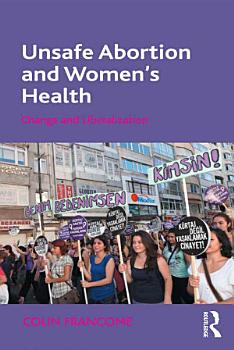 
Unsafe abortion remains one of the most neglected sexual and reproductive health problems according to the World Health Organisation. In recent years it has been estimated that nearly 44 million abortions occur annually leading to around 47,000 deaths. At this rate a woman will die of an unsafe abortion every 11 minutes. Bringing together a wealth of information from around the world, this book argues that the time has come for a great change in legislation, advocating a shift towards the legalization of abortion to improve the health of women in poorer countries. With attention to circumstances in each of the major continental regions, an outline of the global situation is provided to reveal the major trends in the provision and procurement of abortion, as well their effects. Presenting data drawn from over a hundred countries covering over ninety per cent of the world’s population, based on published statistical information, changes to legal frameworks, court cases and the accounts of local commentators and activists, Unsafe Abortion and Women's Health will be of interest to scholars and students of the sociology of medicine, gender and reproductive health, social and health policy and feminist studies. 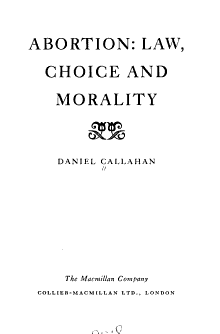 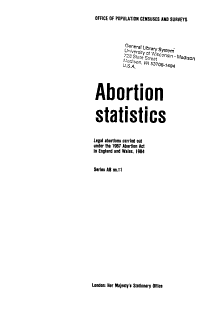