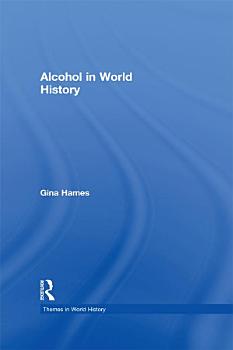 
Presents a history of the effect of alcohol in world history and argues that the production, trade, consumption, and regulation of alcohol has shaped virtually every civilization.


From Los Angeles Times bestselling author Mallory O'Meara comes a lively and engrossing feminist history of women drinking through the ages Strawberry daiquiris. Skinny martinis. Vodka sodas with lime. These are the cocktails that come in sleek-stemmed glasses, bright colors and fruity flavors--these are the Girly Drinks. From the earliest days of civilization, alcohol has been at the center of social rituals and cultures worldwide. But when exactly did drinking become a gendered act? And why have bars long been considered "places for men" when, without women, they might not even exist? With whip-smart insight and boundless curiosity, Girly Drinks unveils an entire untold history of the female distillers, drinkers and brewers who have played a vital role in the creation and consumption of alcohol, from ancient Sumerian beer goddess Ninkasi to iconic 1920s bartender Ada Coleman. Filling a crucial gap in culinary history, O'Meara dismantles the long-standing patriarchal traditions at the heart of these very drinking cultures, in the hope that readers everywhere can look to each celebrated woman in this book--and proudly have what she's having. 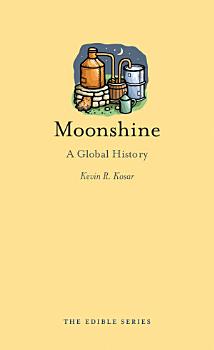 
You might think moonshine only comes from ramshackle stills hidden away in the Appalachian Mountains, but the fact of the matter is we’ve been improvising spirits all around the world for centuries. No matter where you go, there is a local bootleg liquor, whether it’s bathtub gin, peatreek, or hjemmebrent. In this book, Kevin R. Kosar tells the colorful and, at times, blinding history of moonshine, a history that’s always been about the people: from crusading lawmen and clever tinkerers to sly smugglers and ruthless gangsters, from pontificating poets and mountain men to beleaguered day-laborers and foolhardy frat boys. Kosar first surveys all the things we’ve made moonshine from, including grapes, grains, sugar, tree bark, horse milk, and much more. But despite the diversity of its possible ingredients, all moonshine has two characteristics: it is extremely alcoholic, and it is, in most places, illegal. Indeed, the history of DIY distilling is a history of criminality and the human ingenuity that has prevailed out of officials’ sights: from cleverly designed stills to the secret smuggling operations that got the goods to market. Kosar also highlights the dark side: completely unregulated, many moonshines are downright toxic and dangerous to drink. Spanning the centuries and the globe, this entertaining book will appeal to any food and drink lover who enjoys a little mischief. 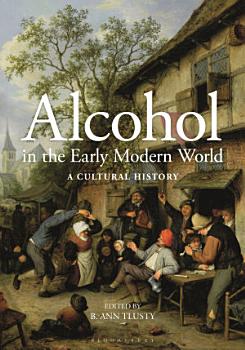 
This book examines how the profound religious, political, and intellectual shifts that characterize the early modern period in Europe are inextricably linked to cultural uses of alcohol in Europe and the Atlantic world. Combining recent work on the history of drink with innovative new research, the eight contributing scholars explore themes such as identity, consumerism, gender, politics, colonialism, religion, state-building, and more through the revealing lens of the pervasive drinking cultures of early modern peoples. Alcohol had a place at nearly every European table and a role in much of early modern experience, from building personal bonds via social and ritual drinking to fueling economies at both micro and macro levels. At the same time, drinking was also at the root of a host of personal tragedies, including domestic violence in the home and human trafficking across the Atlantic. Alcohol in the Early Modern World provides a fascinating re-examination of pre-modern beliefs about and experiences with intoxicating beverages. 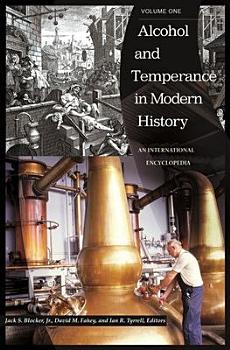 
A comprehensive encyclopedia on all aspects of the production, consumption, and social impact of alcohol. * 500 A-Z entries on the production and use of the principal alcoholic beverages, cultural representations, temperance movements, research, treatment, and forms of regulation and prohibition in the United States and around the world * Written by 170+ international scholars from the disciplines of history, anthropology, medicine, political science, cultural studies, and the law * A chronology of major events in the history of alcohol and its social response since the 18th century * Numerous drawings and illustrations such as historical photographs, vintage lithographs, posters, and product labels representing early advertising 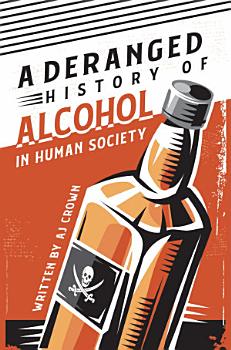 
How much do you know about booze? Not just those unusual craft beers with odd names, but the real history of alcohol. It’s a wild world filled with pirates, bootleggers, prohibition agents, writers who never turn down a cocktail, drunk monks, and so much more. Told from a humorous perspective, this book helps to separate the lore from the facts. It’s a fun and historical look at the history of alcohol and some of the many peculiar people who played a role. If you’ve ever wanted to have a bevy of booze-related stories to toss out to friends or strangers while sipping on a drink at a bar or party, well, you’re in luck. Inside these pages, you’ll find a wealth of weird and interesting information. Colorfully written, the book covers several periods in time when people drank way too much alcohol and did some rather strange things. Have you ever heard of the man who sold alcohol to most of Congress during Prohibition? Do you know about the illegal alcohol operation on the isle of Inishmurray? Have you heard about the weird antics and drinking games of the Song Dynasty poet Shi Manqing? Got an inkling about why pirates were reported to drink so much? You’ll find out all of this information and more when you grab a copy of this book and take a jaunt through history. This book spans several periods of history to help give you a better understanding of just how pervasive alcohol has been throughout humanity. You’ll learn more about the origins of alcohol in ancient China and how it was used as medicine. You’ll learn about the moonshiners from the American South (co-written by Maxim Sorokopud), the pirates who controlled the rum trade in the 1700s, and just how important alcohol was during the Black Plague. 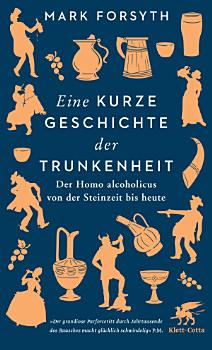 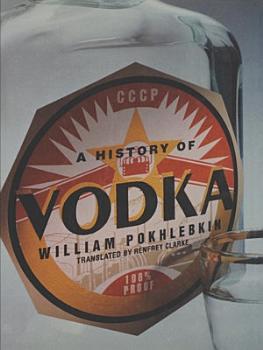 
With formidable scholarship and considerable dry wit, William Pokhlebkin, one of Russia's best-known historians sets out on the detective trail. His aim: to reveal the strange truth about his country's most famous tipple. The result is a triumph of historical deduction. 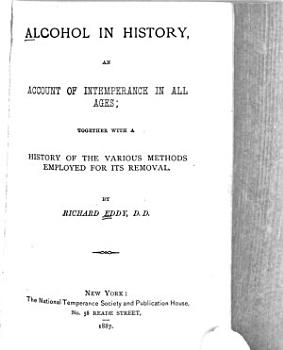 
Text on the history of alcohol from prohibitionist point of view. Discusses alcohol consumption around the world, the costs of consumption, and methods employed to stop consumption. Concludes that "The Liquor Traffic is an unmitigated curse, without one bright spot or redeeming feature in all its history, and ought, therefore, to be regarded and treated as a crime." 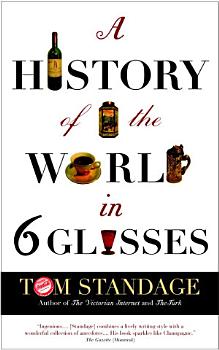 
Whatever your favourite tipple, when you pour yourself a drink, you have the past in a glass. You can likely find them all in your own kitchen — beer, wine, spirits, coffee, tea, cola. Line them up on the counter, and there you have it: thousands of years of human history in six drinks. Tom Standage opens a window onto the past in this tour of six beverages that remain essentials today. En route he makes fascinating forays into the byways of western culture: Why were ancient Egyptians buried with beer? Why was wine considered a “classier” drink than beer by the Romans? How did rum grog help the British navy defeat Napoleon? What is the relationship between coffee and revolution? And how did Coca-Cola become the number one poster-product for globalization decades before the term was even coined?


A fully-documented, cross-cultural account of the history of alcohol abuse by a French historian of medicine. 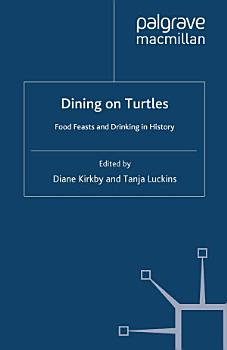 
As gentlemen of the Royal Society in London sat down to their turtle dinner in 1793 they were participating in an historical event: an act simultaneously of fine dining and colonialism. Feasting and drinking, the communities in which they occurred, and larger themes of historical significance are explored here offering new insights into the past. 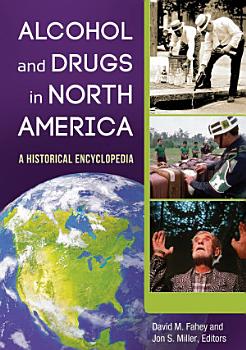 
Alcohol and drugs play a significant role in society, regardless of socioeconomic class. This encyclopedia looks at the history of all drugs in North America, including alcohol, tobacco, prescription drugs, cannabis, cocaine, heroin, methamphetamine, and even chocolate and caffeinated drinks. 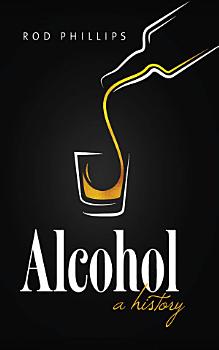 
Presents a history of alcohol, discussing its social and economic impact and the tensions between those who saw alcohol as a healthy alternative to untreated water and the views of governments and religious bodies, which saw it as a source of social instability. 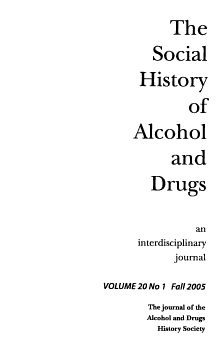 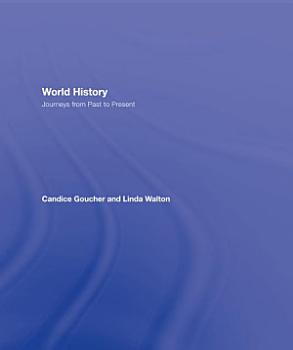 
Using a thematic approach, this innovative textbook explores the history of the world, from its earliest prehistory to the present age of globalization. 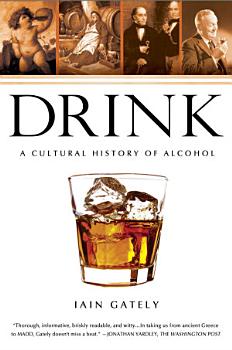 
A spirited look at the history of alcohol, from the dawn of civilization to the modern day Alcohol is a fundamental part of Western culture. We have been drinking as long as we have been human, and for better or worse, alcohol has shaped our civilization. Drink investigates the history of this Jekyll and Hyde of fluids, tracing mankind's love/hate relationship with alcohol from ancient Egypt to the present day. Drink further documents the contribution of alcohol to the birth and growth of the United States, taking in the War of Independence, the Pennsylvania Whiskey revolt, the slave trade, and the failed experiment of national Prohibition. Finally, it provides a history of the world's most famous drinks-and the world's most famous drinkers. Packed with trivia and colorful characters, Drink amounts to an intoxicating history of the world.