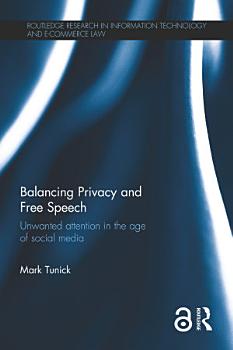 
In an age of smartphones, Facebook and YouTube, privacy may seem to be a norm of the past. This book addresses ethical and legal questions that arise when media technologies are used to give individuals unwanted attention. Drawing from a broad range of cases within the US, UK, Australia, Europe, and elsewhere, Mark Tunick asks whether privacy interests can ever be weightier than society’s interest in free speech and access to information. Taking a comparative and interdisciplinary approach, and drawing on the work of political theorist Jeremy Waldron concerning toleration, the book argues that we can still have a legitimate interest in controlling the extent to which information about us is disseminated. The book begins by exploring why privacy and free speech are valuable, before developing a framework for weighing these conflicting values. By taking up key cases in the US and Europe, and the debate about a ‘right to be forgotten’, Tunick discusses the potential costs of limiting free speech, and points to legal remedies and other ways to develop new social attitudes to privacy in an age of instant information sharing. This book will be of great interest to students of privacy law, legal ethics, internet governance and media law in general.


Abstract:This thesis explores the legal protection of private information in English law. In light of the developing ECtHR case law in this area, the thesis considers whether the protection currently achieved in domestic law does now reach the level of protection offered at Strasbourg. But, bearing in mind the influence of the margin of appreciation doctrine, the thesis will go on to ask whether the domestic level of protection aligns to an acceptable extent with the level of protection that the justifications underpinning the concept of informational privacy would demand. Finally, if disparity between the Strasbourg and domestic levels of privacy protection is found, the thesis will question why the instruments of the HRA (particularly sections 2 and 6) have not been utilised by English courts to afford greater protection to informational autonomy, based on current understandings of their operation. It is argued that while the re-balancing of privacy and free speech at Strasbourg may have resulted in an acceptable degree of alignment between the levels of privacy protection achieved by the Strasbourg and domestic courts, a significant gulf remains between the way in which the balance between privacy and free speech is struck by English courts and the balance demanded by the justifications underpinning the concept of informational autonomy. 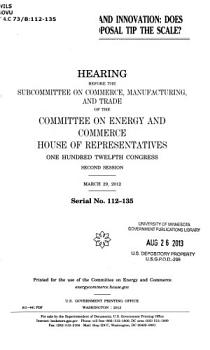 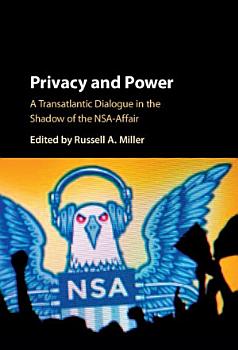 
Edward Snowden's leaks exposed fundamental differences in the ways Americans and Europeans approach the issues of privacy and intelligence gathering. Featuring commentary from leading commentators, scholars and practitioners from both sides of the Atlantic, the book documents and explains these differences, summarized in these terms: Europeans should 'grow up' and Americans should 'obey the law'. The book starts with a collection of chapters acknowledging that Snowden's revelations require us to rethink prevailing theories concerning privacy and intelligence gathering, explaining the differences and uncertainty regarding those aspects. An impressive range of experts reflect on the law and policy of the NSA-Affair, documenting its fundamentally transnational dimension, which is the real location of the transatlantic dialogue on privacy and intelligence gathering. The conclusive chapters explain the dramatic transatlantic differences that emerged from the NSA-Affair with a collection of comparative cultural commentary. 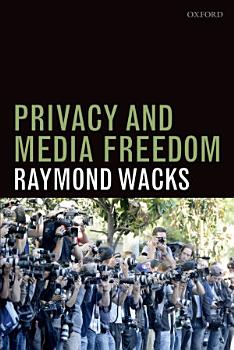 
Freedom of expression is a fundamental right at the heart of any democratic society. It is, however, inevitably restricted by other important values, including the right to privacy: the control individuals exercise over their sensitive personal information. The English law, since the enactment of the Human Rights Act 1998, has undergone a tectonic shift in its recognition of this right protected by Article 8 of the European Convention on Human Rights (ECHR) which the Act assimilated into domestic law. The new civil wrong, 'misuse of private information,' now affords greater protection to an individual's 'private and family life, home and correspondence.' The press is, of course, no longer the principal purveyor of news and information. The Internet offers abundant opportunities for the dissemination of news and opinions, including the publication of intimate, private facts. Social media, blogs, and other online sites are accessible to all. Indeed, the fragility of privacy online has led some to conclude that it is no longer capable of legal protection. This book examines the right of privacy from a legal, philosophical, and social perspective, tracing its genesis in the United States, through the development of the law of confidence, and its recent recognition by the Human Rights Act. The English courts have boldly sought to offer refuge from an increasingly intrusive media. Recent years have witnessed a deluge of civil suits by celebrities seeking to salvage what remains of their privacy. An extensive body of case law has appeared in many common law jurisdictions over the last decade, which shows no sign of abating. The Leveson Inquiry into the culture, practices, and ethics of the press, sparked by the hacking of telephones by newspapers, revealed a greater degree of media intrusion than was previously evident. Its conclusions and recommendations, particularly regarding the regulation of the media, are examined, as well as the various remedies available to victims of intrusion and unsolicited publicity. The law is locked in a struggle to reconcile privacy and free speech, in the face of relentless advances in technology. The manner in which courts in various jurisdictions have attempted to resolve this conflict is critically investigated, and the prospects for the protection of privacy are considered. 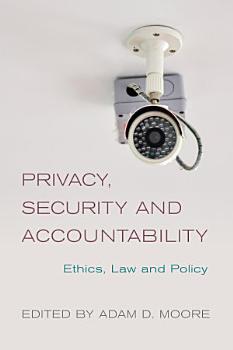 
This volume analyses the moral and legal foundations of privacy, security, and accountability along with the tensions that arise between these important individual and social values. 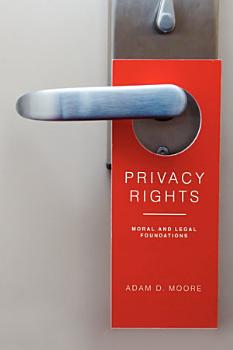 
We all know that Google stores huge amounts of information about everyone who uses its search tools, that Amazon can recommend new books to us based on our past purchases, and that the U.S. government engaged in many data-mining activities during the Bush administration to acquire information about us, including involving telecommunications companies in monitoring our phone calls (currently the subject of a bill in Congress). Control over access to our bodies and to special places, like our homes, has traditionally been the focus of concerns about privacy, but access to information about us is raising new challenges for those anxious to protect our privacy. In Privacy Rights, Adam Moore adds informational privacy to physical and spatial privacy as fundamental to developing a general theory of privacy that is well grounded morally and legally. 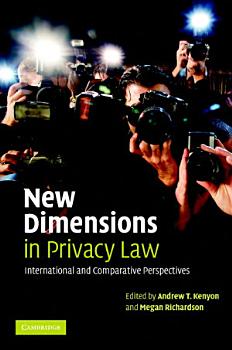 
The challenges faced by privacy laws in changing technological, commercial and social environments are considered in this broad-ranging 2006 examination of privacy law. The book encompasses three overlapping areas of analysis: privacy protection under the general law; legislative measures for data protection in digital communications networks; and the influence of transnational agreements and other pressures toward harmonised privacy standards. Leading, internationally recognised authors discuss developments across these three areas in the UK, Europe, the US, APEC (Asia-Pacific Economic Cooperation), Australia and New Zealand. Chapters draw on doctrinal and historical analysis of case law, theoretical approaches to both freedom of speech and privacy, and the interaction of law and communications technologies in order to examine present and future challenges to law's engagement with privacy. 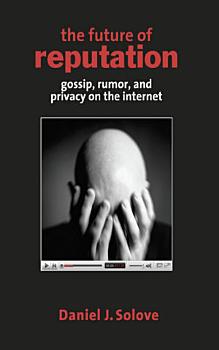 
Teeming with chatrooms, online discussion groups, and blogs, the Internet offers previously unimagined opportunities for personal expression and communication. But there's a dark side to the story. A trail of information fragments about us is forever preserved on the Internet, instantly available in a Google search. A permanent chronicle of our private lives--often of dubious reliability and sometimes totally false--will follow us wherever we go, accessible to friends, strangers, dates, employers, neighbors, relatives, and anyone else who cares to look. This engrossing book, brimming with amazing examples of gossip, slander, and rumor on the Internet, explores the profound implications of the online collision between free speech and privacy. Daniel Solove, an authority on information privacy law, offers a fascinating account of how the Internet is transforming gossip, the way we shame others, and our ability to protect our own reputations. Focusing on blogs, Internet communities, cybermobs, and other current trends, he shows that, ironically, the unconstrained flow of information on the Internet may impede opportunities for self-development and freedom. Long-standing notions of privacy need review, the author contends: unless we establish a balance between privacy and free speech, we may discover that the freedom of the Internet makes us less free. 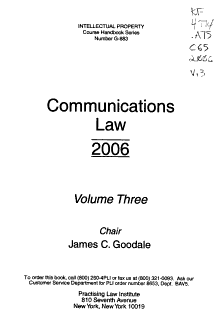