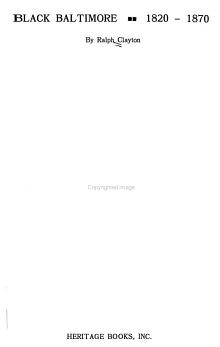 
The Effect of Immigration on the Negro in Baltimore 1850-1860 describes the effects of predominantly non-Black immigration into the city on the lives of the free and slave Blacks before the Civil War. Slaveholders of Baltimore, 1860 discusses the social history of the slaves, and provides a listing of all slaveholders enumerated in the 1860 Federal Census. Slaves by Name. Notices of runaway slaves were routinely published in the newspapers and now provide an important resource for family historians. This article provides an index to such notices in the Baltimore Sun for the years 1837-1864. Baltimore Free Black Households with Slaves, 1820-1840. In a city like Baltimore not all slaves were required to live on the premises of their master, and they frequently appear in the households of other Blacks who often were friends or relations. In addition, a surprising number of free Blacks were themselves slave holders. Black Families of East Baltimore, 1870. This first census after Emancipation is the first to identify all Blacks by name, age, birthplace, etc. and is of great value to family historians and sociologists. This article provides a listing of every Black in Wards 1 to 6 of East Baltimore. Laurel Cemetery, 1852-1958 gives a brief history of the cemetery and a partial reconstruction of interments there. 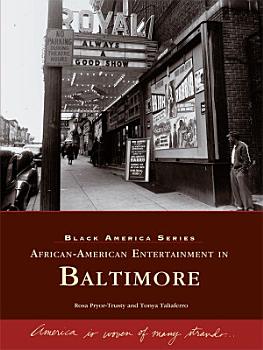 
African-American Entertainment in Baltimore captures the brilliance of the city's musical heritage from 1930 to 1980. This educational and entertaining volume invites readers to take a visual trip down memory lane to the days when Pennsylvania Avenue, the heart of the city's African-American community, vibrated with life. Celebrated within these pages are entertainers such as The Ink Spots, Sonny Til & the Orioles, Illinois Jacquet, Cab Calloway, Lionel Hampton, Sammy Davis Jr., Slappy White, Pearl Bailey, Billie Holiday, and Ella Fitzgerald; The Avenue's hottest nightspots and theaters including the legendary Royal Theater, The Regent Theater, the Sphinx, and Club Casino; and the DJs and promoters who helped cultivate the city's musical talents. 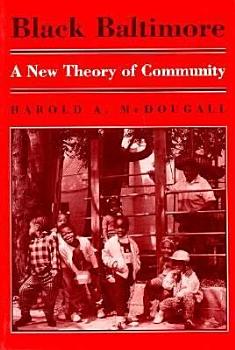 
Through extensive neighborhood interviews and a compelling assessment of the problems of unraveling communities in urban America, Harold McDougall reveals how, in sections of Baltimore, a "New Community" is developing. Relying more on vernacular culture, personal networking, and mutual support than on private wealth or public subsidy, the communities of black Baltimore provide an example of self-help and civic action that could and should be occurring in other inner-city areas. In this political history of Old West Baltimore, McDougall describes how "base communities"—small peer groups that share similar views, circumstances, and objectives—have helped neighborhoods respond to the failure of both government and the market to create conditions for a decent quality of life for all. Arguing for the primacy of church leadership within the black community, the author describes how these small, flexible groups are creating the foundation of what he calls a New Community, where community-spirited organizers, clergy, public interest advocates, business people, and government workers interact and build relationships through which Baltimore's urban agenda is being developed. 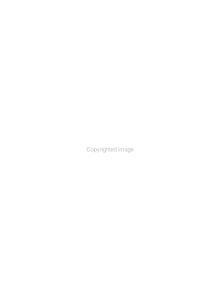 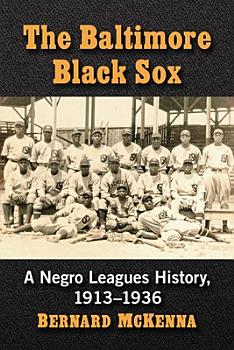 
“Explore the travels of Crab City’s Black Sox, one of the original entries into the Eastern Colored League, and why their infield was valued at a million dollars.”—Larry Lester, chairman of SABR’s Negro Leagues Research Committee Providing a comprehensive history of the Baltimore Black Sox from before the team's founding in 1913 through its demise in 1936, this history examines the social and cultural forces that gave birth to the club and informed its development. The author describes aspects of Baltimore's history in the first decades of the 20th century, details the team's year-by-year performance, explores front-office and management dynamics and traces the shaping of the Negro Leagues. The history of the Black Sox's home ballparks and of the people who worked for the team both on and off the field are included. 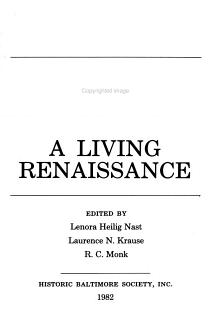 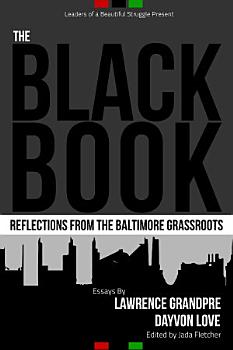 
The Black Book: Reflections from the Baltimore grassroots, is a collection of essays that describe important issues that face grassroots activist and organizers in Baltimore. We hope that those who are genuinely interested in advancing racial justice in our society will use this resource to guide your thinking and action around issues of justice. 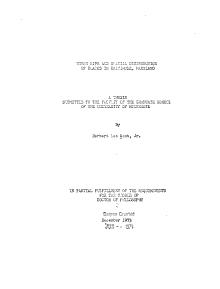 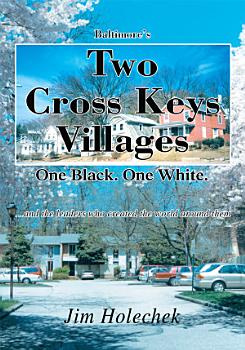 
Baltimore's Two Cross Keys Villages is about two communities virtually next door to one another. As one was dying, the other was born. Cross Keys Village (named after a nearby inn) was established by African Americans in north Baltimore. Forty years ago, in a surprise rush to urban renewal, the city condemned and tore down most of the homes to make room for a high school parking lot. Author Jim Holechek interviewed many of the former residents of the old Cross Keys Village to learn what life was like in their disappearing enclave. The Village of Cross Keys (named after the village that was named after the inn) was begun by developer James Rouse in 1961 when he purchased Roland Park's exclusive golf course. He was called the "Sunday School teacher with a Midas touch" and became America's premier builder of new towns and shopping malls. In Baltimore's Two Cross Keys Villages, you'll learn about the tapestry of other hamlets and other people, of "The Falls Road," Mt. Washington, Bare Hills and Ruxton, an 1835 log chapel and a woman who carries on the heritage of the slave Tobias. Brief comments from those who read Baltimore's Two Cross Keys Villages: "Terrific!" -John McGrain, Official Baltimore Country Historian; "Must be published" -Sarah Fenno Lord; "Important Maryland history" -Thomas Mallonee, advertising executive; "Marvelous memories" -Paul M. Johnson, retired school principal; "Warm and engrossing"-Holly Parker; "Captivating!" -W. Scott Ditch, retired Rouse Company vice president.


This book promises to become the standard work of the history of the slaves, slaveholders, and the free black population of Antebellum Baltimore. For five years, Mr. Clayton has collected, transcribed, and cross-indexed a great variety of documents: applications for certificates of freedom, slave schedules, field assessor work books, census schedules, mortality schedules, general property tax records, city directories, newspaper advertisements and articles, the Schomburg collection at the Pratt Library in Baltimore, original letter manuscripts, and acts of the General Assembly of Maryland. The growth of Baltimore's black community, free and slave, was supported by two geographical factors of Baltimore. The city's thriving harbor offered a large employment market that attracted free blacks and offered slaveholders the opportunity to hire out their slaves. And Baltimore's position between the North and the South made it a logical station for escaped slaves either trying to reach the North or hoping to blend in with Baltimore's large free black population. The result of Mr. Clayton's labors is a comprehensive, fascinating, and sometimes painful view of an important period in the history of Charm City for which researchers everywhere will thank him.