Home/Search Results for "blossoms and shadows" 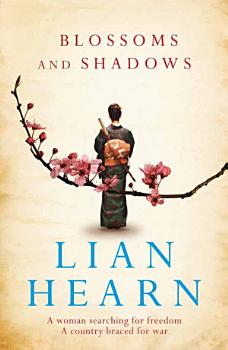 
From the author of the multi-million-copy selling Otori series, Blossoms and Shadows is a compelling tale of women and men, love and war, and the rise of a nation. It is Japan, 1857. The age of the Samurai is ending and a new Japan is about to be born. For those caught in the middle the times are unsure and turbulent, as new beliefs clash with long-held traditions. Tsuru is a young woman with a secret ambition to become a doctor. Caught up in the politics of these unstable times, she will be forced to make some difficult choices. And when war comes, Tsuru's struggle to be treated as an equal will take her onto the battlefields... 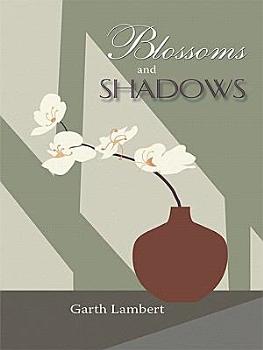 
In a poem entitled The Self-Unseeing, Thomas Hardy describes a scene of exaltation ending with the words: Yet we were looking away! Garth Lambert has never wanted to be looking away. In this series of poems, easy of access but with depths to plumb, he turns his gaze on the life of Man and of a man. The earlier, more descriptive poems, inclined toward youthful enthusiasm and worldly beauty, already contain short shadows. The increasingly philosophic later poems explore the dark shadowy corners of personal life and of the world, including the concept of God, who seems to be playing a mean game of hide-and-seek with humankind. The poems do this with unflinching honesty, but also with humanity and humour and frequent glances into the sunlit spaces between the shadows. In the end, a positive message filters through as Garth Lambert espouses the primacy of reason over superstition, of compassion over indifference and cruelty, of nature over human-species sprawl, of life over death, of love over all. 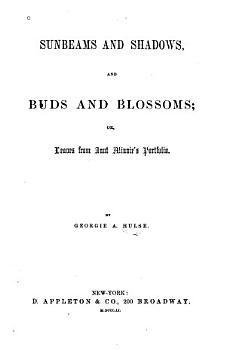 
'For readers who want to be entertained, but not at the cost of good writing, The Storyteller and his Three Daughters is the best kind of novel - exquisitely crafted prose, fully developed, believable characters, well-researched historically - and above all, a gripping plot' The Sydney Morning Herald TOKYO 1884: Sei has devoted his life to storytelling, captivating audiences with his tales. But now he is starting to wonder if the new world has left him behind. Just when he thinks he will never write again, his own life and the lives of the people around him begin to spiral out of control - providing the inspiration for the greatest story he has ever told. A story of love, jealousy, intrigue, and betrayal. Set against the background of Japan's first incursions into Korea, Sei offers a wise and witty reflection on the nature of storytelling, its perils and delights, its lies and, ultimately, its truth. PRAISE for the Tales of the Otori books and Blossoms and Shadows, also by Lian Hearn: 'a tour de force of pure storytelling' The Sydney Morning Herald 'intelligent, accomplished, audacious and finely written' The Age 'uniquely charming, flowing and seductive' The Courier-Mail 'beautifully crafted' The Herald Sun 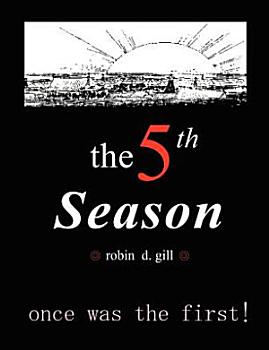 
In this book, the first of a series, Robin D. Gill, author of the highly acclaimed Rise, Ye Sea Slugs! and Cherry Blossom Epiphany, the largest single-theme anthologies of poetry ever published, explores the traditional Japanese New Year through 2,000 translated haiku (mostly 17-20c). "The New Year," R.H. Blyth once wrote, "is a season by itself." That was nowhere so plain as in the world of haiku, where saijiki, large collections called of ku illustrating hundreds, if not thousands of briefly explained seasonal themes, generally comprised five volumes, one for each season. Yet, the great doyen of haiku gave this fifth season, considered the first season when it came at the head of the Spring rather than in mid-winter, only a tenth of the pages he gave to each of the other four seasons (20 vs. 200). Was Blyth, Zen enthusiast, not enamored with ritual? Or, was he loath to translate the New Year with its many cultural idiosyncrasies (most common to the Sinosphere but not to the West), because he did not want to have to explain the haiku? It is hard to say, but, with these poems for the re-creation of the world, Robin D. Gill, aka "keigu" (respect foolishness, or respect-fool), rushes in where even Blyth feared to tread to give this supernatural or cosmological season - one that combines aspects of the Solstice, Christmas, New Year's, Easter, July 4th and the Once Upon a Time of Fairy Tales - the attention it deserves. With G.K. Chesterton's words, evoking the mind of the haiku poets of old, the author-publisher leaves further description of the content to his reader-reviewers. "The man standing in his own kitchen-garden with the fairyland opening at the gate, is the man with large ideas. His mind creates distance; the motor-car stupidly destroys it." (G.K. Chesterton: Heretics 1905)


Excerpt from Sunbeams and Shadows, and Buds and Blossoms: Or, Leaves From Aunt Minnie's Portfolio Dear, kind Aunt Minnie i We cherish her memory with all we hold most dear, for fondly loved was our mother's friend. About the Publisher Forgotten Books publishes hundreds of thousands of rare and classic books. Find more at www.forgottenbooks.com This book is a reproduction of an important historical work. Forgotten Books uses state-of-the-art technology to digitally reconstruct the work, preserving the original format whilst repairing imperfections present in the aged copy. In rare cases, an imperfection in the original, such as a blemish or missing page, may be replicated in our edition. We do, however, repair the vast majority of imperfections successfully; any imperfections that remain are intentionally left to preserve the state of such historical works.


This is a reproduction of the original artefact. Generally these books are created from careful scans of the original. This allows us to preserve the book accurately and present it in the way the author intended. Since the original versions are generally quite old, there may occasionally be certain imperfections within these reproductions. We're happy to make these classics available again for future generations to enjoy! 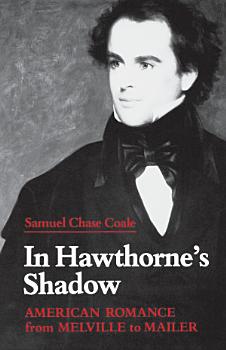 
"The world is so sad and solemn," wrote Nathaniel Hawthorne, "that things meant in jest are liable, by an overwhelming influence, to become dreadful earnest; gaily dressed fantasies turning to ghostly and black-clad images of themselves." From the radical dualism of Hawthorne's vision, Samuel Coale argues, springs a continuing tradition in the American novel. In Hawthorne's Shadow is the first critical study to describe precisely the formal shape of Hawthorne's psychological romance and to explore his themes and images in relation to such contemporary writers as John Cheever, Norman Mailer, Joan Didion, John Gardner, Joyce Carol Oates, William Styron, and John Updike. When viewed from this perspective, certain writers -- particularly Cheever, Mailer, Oates, and Gardner -- appear in a new and very different light, leading to a considerable reevaluation of their achievement and their place in American fiction. Mr. Coale's long interviews and conversations with John Cheever, John Gardner, William Styron, and others have provided insights and perspectives that make this book particularly valuable to students of contemporary American literature. Coale links contemporary writers to an on-going American romantic tradition, represented by such earlier authors as Melville, Harold Frederic, Faulkner, Flannery O'Connor, and Carson McCullers. He explores the distinctly Manichean matter of much American romance, linking it to America's Puritan past and to the almost schizophrenic dynamics of American culture in general. Finally, he reexamines the post-modernist writers in light of Hawthorne's "shadow" and shows that, however similar they may be in some ways, they differ remarkably from the previous American romantic tradition. 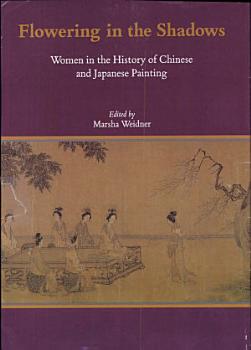 
For well over a thousand years Chinese and Japanese women created, commissioned, collected and used paintings, yet until recently this fact has scarcely been acknowledged in the study of East Asian art by Westerners. 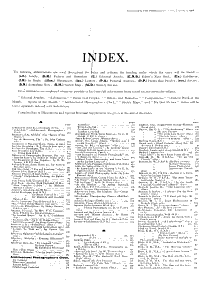 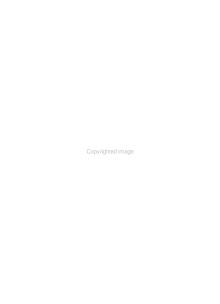 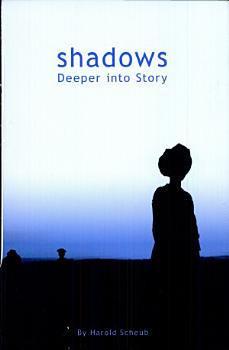 
A land of incomparable beauty torn by civil war An ancient tradition undermined by spies and assassins A society of rigid castes and codes subverted by love Takeo is raised among the Hidden, whose beliefs forbid them to kill. When his family fall victim to religious persecution at the hands of Lord Iida of the Dairyo clan, he is rescued and adopted by the warrior, Shigeru, of the Otori clan. Defeated ten years before by the Dairyo, many of the Otori still want revenge and look to Shigeru, the rightful heir, to lead them. However his uncles, the lords of the clan, would prefer to see him dead, and so would his greatest enemy, Iida. Fifteen year-old Kaede, a hostage of the Noguchi, allies of the Iida, has acquired the reputation of bringing death to any man who desires her. A marriage is arranged with Shigeru, ostensibly to bring the Otori into alliance, but really to mask his murder. Unknown to Takeo, his real father was a celebrated assassin and a member of the Tribe, an ancient network of families with extraordinary skills, including night vision, invisibility, creating a second self when fighting, and many methods of assassination. They sell their services as assassins and spies to the Warlords. Takeo has many of these skills. In addition he has supernatural hearing and skills as an artist, and both Shigeru and the Tribe want to use these skills for their own purposes. Conflicted by split loyalties and tormented by his own divided nature, Takeo realises he must find his own way through this world of intrigue and violence, beauty and passion. He must make his own destiny. 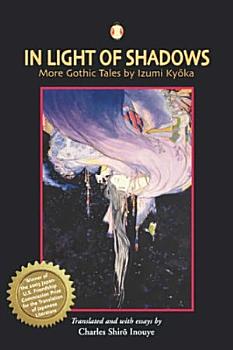 
In Light of Shadows is the long-awaited second volume of short fiction by the Meiji-Taishô writer Izumi Kyôka. It includes the famous novella Uta andon (A story by lantern light), the bizarre, antipsychological story "Mayu kakushi no rei" (A quiet obsession), and Kyôka’s hauntingly erotic final work, "Rukôshinsô" (The heartvine), as well as critical discussions of each of these three tales. Translator Charles Inouye places Kyôka’s "literature of shadows" (kage no bungaku) within a worldwide gothic tradition even as he refines its Japanese context. Underscoring Kyôka’s relevance for a contemporary international audience, Inouye adjusts Tanizaki Jun’ichirô’s evaluation of Kyôka as the most Japanese of authors by demonstrating how the writer’s paradigm of the suffering heroine can be linked to his exposure to Christianity, to a beautiful American woman, and to the aesthetic of blood sacrifice. In Light of Shadows masterfully conveys the magical allusiveness and elliptical style of this extraordinary writer, who Mishima Yukio called "the only genius of modern Japanese letters." 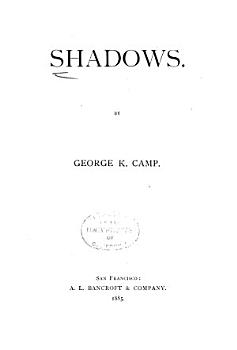 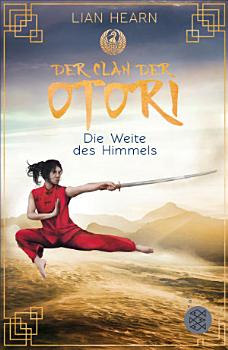