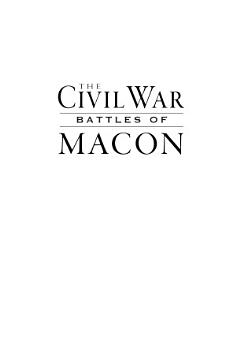 
Macon was a cornerstone of the Confederacy's military-industrial complex. As a transportation hub, the city supplied weapons to the Confederacy, making it a target once the Union pushed into Georgia in 1864. In the course of the war's last year, Macon faced three separate cavalry assaults. The battles were small in the grand scheme but salient for the combatants and townspeople. Once the war concluded, it was from Macon that cavalry struck out to capture the fugitive Jefferson Davis, allowing the city to witness one of the last chapters of the conflict. Author Niels Eichhorn brings together the first comprehensive analysis of the military engagements and battles in Middle Georgia. 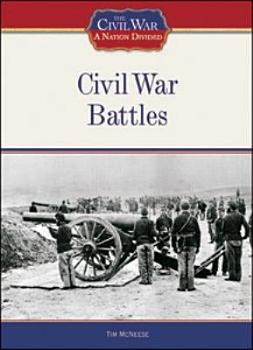 
A look at the various battles of the Civil War. 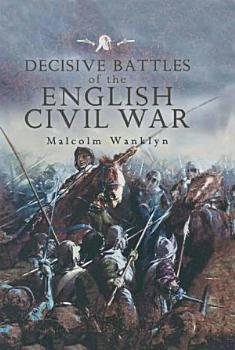 
In this stimulating and original investigation of the decisive battles of the English Civil War, Malcolm Wanklyn reassesses what actually happened on the battlefield and as a result sheds new light on the causes of the eventual defeat of Charles I. Taking each major battle in turn - Edgehill, Newbury I, Cheriton, Marston Moor, Newbury II, Naseby, and Preston - he looks critically at contemporary accounts and at historians' narratives, explores the surviving battlegrounds and retells the story of each battle from a new perspective. His lucid, closely argued analysis questions traditional assumptions about each battle and the course of the war itself. 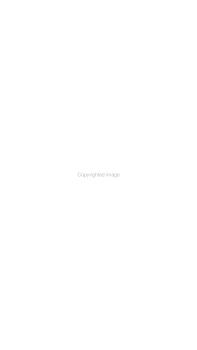 
An engaging guide to the people, places, and events of America's Civil War.


Have you ever just needed an easy "pick-up" game without having to research every historic detail? How about a game where neither side knows the other's set-up, strengths and weaknesses because the battle never happened! This book provides eleven fictional scenarios, from small introductory games to corps level actions. Each provides a unique tactical problem often encountered by the armies fighting the war, from command and control issues, surmounting difficult terrain, to combating the weather as well as each other. This book does not include miniature wargame rules. 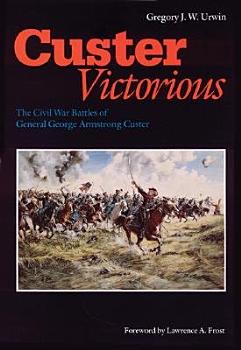 
"Custer found himself in the one dilemma all soldiers most dread—he was outnumbered and completely surrounded. With disaster looming in every quarter and no chance of escape. . . ." So Gregory J. W Urwin pulls the reader into a scene describing not the Battle of the Little Big Horn but a Civil War engagement that George Armstrong Custer and his troop survived, thanks to strategy as much as naked courage. Many books have focused on Custer's Last Stand in 1876, making legend of total defeat. Custer Victorious is the first to examine at length, with attention to primary sources, his brilliant Civil War career. Urwin writes: "None of Custer's exploits against the Plains Indians could compare with those he performed while with the Army of the Potomac." The leader of a brigade called "the Wolverines," Custer was promoted to major general and the helm of the Third Cavalry Division when he was only twenty-four. Urwin describes the Boy General's vital contributions to Union victories from Gettysburg to Appomattox. 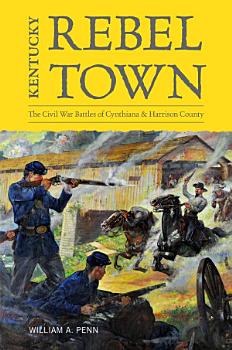 
On April 22, 1861, within weeks of the surrender at Fort Sumter, fresh recruits marched to the Cynthiana, Kentucky, depot -- one of the state's first volunteer companies to join the Confederate army. The soldiers boarded a waiting train as many sympathetic city and county officials cheered. A Confederate flag was raised at the Harrison County courthouse but it was taken down within six months, as the influence of pro-Southern officials diminished. However, this "pestilential little nest of treason" became a battlefield during some of the most dramatic military engagements in the state. In this fascinating book, William A. Penn provides an impressively detailed account of the military action that took place in this Kentucky region during the Civil War. Because of its political leanings and strategic position along the Kentucky Central Railroad, Harrison County became the target of multiple raids by Confederate general John Hunt Morgan. Conflict in the area culminated in the Second Battle of Cynthiana, in which Morgan's men clashed with Union troops led by Major General Stephen G. Burbridge (the "Butcher of Kentucky"), resulting in the destruction of much of the town by fire. Penn draws on dozens of period newspapers as well as personal journals, memoirs, and correspondence from citizens, slaves, soldiers, and witnesses to provide a vivid account of the war's impact on the region. Featuring new maps that clearly illustrate the combat strategies in the various engagements, Kentucky Rebel Town provides an illuminating look at divided loyalties and dissent in Union Kentucky.


Though the First and Second Battles of Newtonia did not match epic Civil War battles like Antietam, where over thirty-five hundred soldiers were killed in a single day, and Gettysburg, where twice that number died in three days of fighting, such smaller engagements were just as important to the men who lived through them. The ones who didn't were just as dead, and for a brief time at least, the combat often raged just as violently. With the approach of the sesquicentennial of the war, some of the lesser-known battles are finally getting their due. Join local resident and historian Larry Wood as he expertly chronicles both Battles of Newtonia, the first of which, in 1862, was the Confederacy's first attempt to reestablish a significant presence in Missouri and the only Civil War battle in which American Indians took opposing sides, fighting in units of regimental strength. The second battle--a fight that was fierce and furious" while it lasted--stands as the last important engagement of the Civil War in the state." 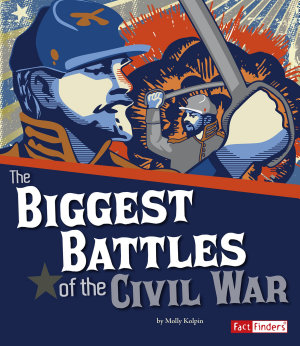 
In the Civil War, battles raged in more than 20 states. The war between North and South remains the bloodiest in U.S. history. The casualties of the Battle of Gettysburg numbered more than 50,000 alone, and the day the Battle of Antietam was fought September 17, 1862 is recorded as the deadliest single day in U.S. military history. Find out what happened in the wars largest battles to cause the devastation that still scars the nation today. 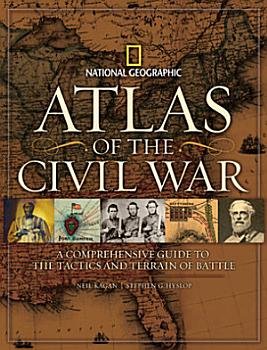 
Charts the ebb and flow of the war between the North and the South with 110 maps, both vintage battle maps and vivid recreations, and includes over 320 documentary photos, battlefield sketches, paintings, and artifacts that bear eyewitness testimony to the Civil War.