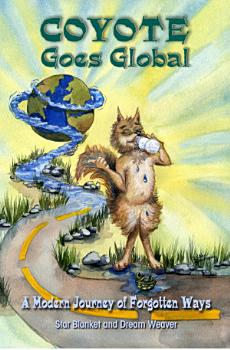 
If life is 'school' then Coyote Goes Global is the ideal primer. In sharing their personal tales of transformation, Star Blanket and Dream Weaver have given us a dynamic mirror. Each reader can learn and grow, by unlocking the closed or hidden doors within their lives. 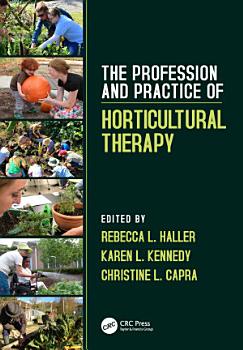 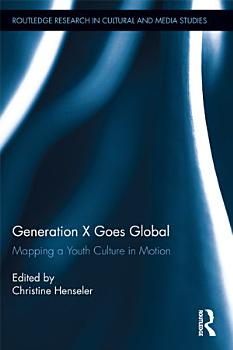 
This edited volume is the first book of its kind to engage criticse(tm) understanding of Generation X as a global phenomenon. Citing case studies from around the world, the research collected here broadens the picture of Generation X as a demographic and a worldview. The book traces the global and local flows that determine the identity of each countrye(tm)s youth from the 1970s to today. Bringing together twenty scholars working on fifteen different countries and residing in eight different nations, this book present a community of diverse disciplinary voices. Contributors explore the converging properties of "Generation X" through the fields of literature, media studies, youth culture, popular culture, sociology, philosophy, feminism, and political science. Their ideas also enter into conversation with fourteen other "textbox" contributors who address the question of "Who is Generation X" in other countries. Taken together, they present a highly interactive and open book format whose conversations extend to the reading public on the website www.generationxgoesglobal.com. 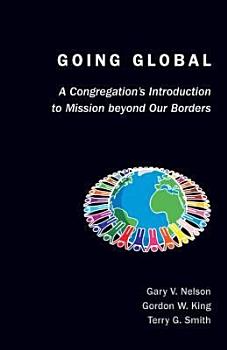 
The ways to be effective in global missions have changed. The authors believe that content and values must undergird the North American local church's approach to global mission. It is not enough to "do something." It is in fact possible to do all of the right things in all of the wrong ways, with negative results. It is also possible that mission "over there" can have as much -- or more -- on the church at home. This book discusses common principles and practices that inform and energize local churches as they enter the global ministry arena. This book will assist church leadership as they look for resources to help them balance the agenda of short-term versus long-term mission, fund-raising, and the tension between evangelism and compassionate social ministry. 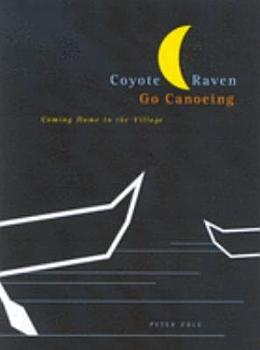 
A lyrical, epic narrative about Aboriginal knowledge and education. 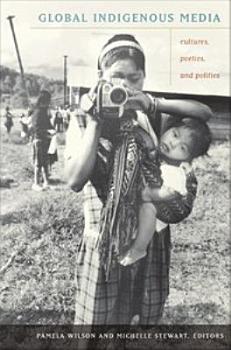 
In this exciting interdisciplinary collection, scholars, activists, and media producers explore the emergence of Indigenous media: forms of media expression conceptualized, produced, and created by Indigenous peoples around the globe. Whether discussing Maori cinema in New Zealand or activist community radio in Colombia, the contributors describe how native peoples use both traditional and new media to combat discrimination, advocate for resources and rights, and preserve their cultures, languages, and aesthetic traditions. By representing themselves in a variety of media, Indigenous peoples are also challenging misleading mainstream and official state narratives, forging international solidarity movements, and bringing human rights violations to international attention. Global Indigenous Media addresses Indigenous self-representation across many media forms, including feature film, documentary, animation, video art, television and radio, the Internet, digital archiving, and journalism. The volume’s sixteen essays reflect the dynamism of Indigenous media-making around the world. One contributor examines animated films for children produced by Indigenous-owned companies in the United States and Canada. Another explains how Indigenous media producers in Burma (Myanmar) work with NGOs and outsiders against the country’s brutal regime. Still another considers how the Ticuna Indians of Brazil are positioning themselves in relation to the international community as they collaborate in creating a CD-ROM about Ticuna knowledge and rituals. In the volume’s closing essay, Faye Ginsburg points out some of the problematic assumptions about globalization, media, and culture underlying the term “digital age” and claims that the age has arrived. Together the essays reveal the crucial role of Indigenous media in contemporary media at every level: local, regional, national, and international. Contributors: Lisa Brooten, Kathleen Buddle, Cache Collective, Michael Christie, Amalia Córdova, Galina Diatchkova, Priscila Faulhaber, Louis Forline, Jennifer Gauthier, Faye Ginsburg, Alexandra Halkin, Joanna Hearne, Ruth McElroy, Mario A. Murillo, Sari Pietikäinen, Juan Francisco Salazar, Laurel Smith, Michelle Stewart, Pamela Wilson 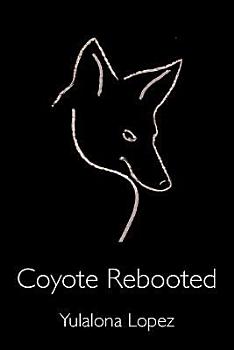 
Modern Coyote stories, as Coyote moves to Kansas, learns to be a tree, runs for Congress, encounters other tricksters, such as Landy of the Lake and Monkey King, and fights the 5th generation industrial gods and the military for the right to stay free. 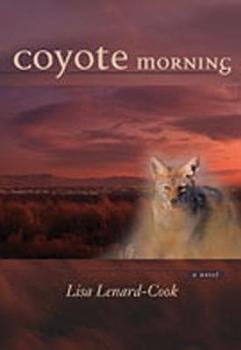 
One spring morning, as Alison Lomez watches her daughter, Rachel, waiting for the school bus in front of their house, she sees a coyote trot up to the seven-year-old and sit down. This encounter between species is the first of many in Lisa Lenard-Cook's novel of life in Valle Bosque, New Mexico. Anyone who lives in the twenty-first-century West will recognize Lenard-Cook's portrait of the space between farms and suburbs, old timers and newcomers. But her witty send-up of the environmental issues that vex refugees from city life serves as a powerful and serious means of examining the ways human beings cope with life's mysteries and its inevitable dangers. The complex relations between men and women, parents and children, brothers and sisters that make up the daily lives of Lenard-Cook's characters will make readers reflect on their own lives and relationship to wildness. 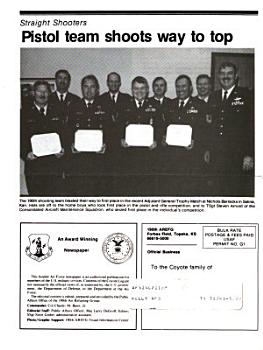 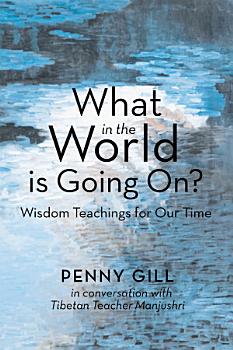 
Do you worry about our planet, with its environmental crises, global warming, widespread violence, and global poverty? Do you feel powerless to change your life and impact your world? What in the World Is Going On reframes these crises as an invitation to open our minds and hearts to a new awareness of our fundamental interdependence with all beings. With breathtaking optimism, it offers courage and hope to all who hold the world in their hearts and grieve. Crises bring opportunities. We are poised to vastly expand our consciousness, allowing us to address our deep fears and create communities which embrace and serve all of us. The rich conversation between Manjushri, the Tibetan teacher, and the student probes the roots of our fears and challenges our common assumptions about the roles of science and markets in our world. It rejects the inflated claims of our ego-selves and the stifling confines of materialism. The Teacher assures us everything can be changed. We can escape our isolation, celebrate our interdependence with all beings, and heal our communities. The worldwide web allows us to connect with like-minded people around the world. This epochal shift in energy and consciousness is well underway. The Teacher encourages all of us to trust our emerging visions, dissolve the fears shrouding our best selves, and allow our natural compassion to flow out into the world. 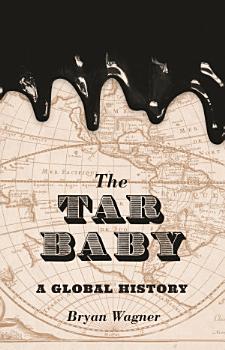 
Perhaps the best-known version of the tar baby story was published in 1880 by Joel Chandler Harris in Uncle Remus: His Songs and His Sayings, and popularized in Song of the South, the 1946 Disney movie. Other versions of the story, however, have surfaced in many other places throughout the world, including Nigeria, Brazil, Corsica, Jamaica, India, and the Philippines. The Tar Baby offers a fresh analysis of this deceptively simple story about a fox, a rabbit, and a doll made of tar and turpentine, tracing its history and its connections to slavery, colonialism, and global trade. 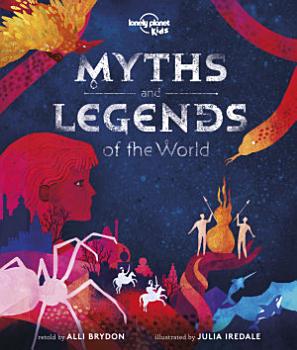 
Get ready to travel through time with 21 dazzling stories of daring and deceit, reward and punishment. Meet gods and goddesses, serpents, coyotes, talking fish and clever spiders, and discover different versions of how the world began. This beautifully illustrated book features vibrant myths and epic legends told in countries around the world. 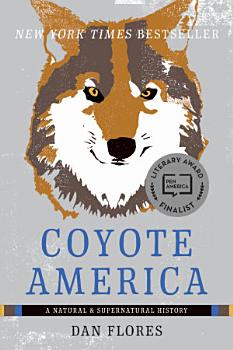 
The New York Times best-selling account of how coyotes--long the target of an extermination policy--spread to every corner of the United States Finalist for thePEN/E.O. Wilson Literary Science Writing Award "A masterly synthesis of scientific research and personal observation."-Wall Street Journal Legends don't come close to capturing the incredible story of the coyote In the face of centuries of campaigns of annihilation employing gases, helicopters, and engineered epidemics, coyotes didn't just survive, they thrived, expanding across the continent from Alaska to New York. In the war between humans and coyotes, coyotes have won, hands-down. Coyote America is the illuminating five-million-year biography of this extraordinary animal, from its origins to its apotheosis. It is one of the great epics of our time. 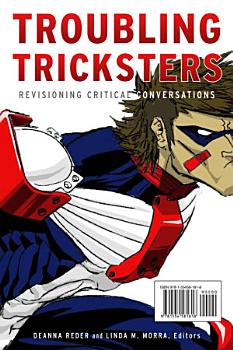 
Troubling Tricksters is a collection of theoretical essays, creative pieces, and critical ruminations that provides a re-visioning of trickster criticism in light of recent backlash against it. The complaints of some Indigenous writers, the critique from Indigenous nationalist critics, and the changing of academic fashion have resulted in few new studies on the trickster. For example, The Cambridge Companion to Native American Literature (2005), includes only a brief mention of the trickster, with skeptical commentary. And, in 2007, Anishinaabe scholar Niigonwedom Sinclair (a contributor to this volume) called for a moratorium on studies of the trickster irrelevant to the specific experiences and interests of Indigenous nations. One of the objectives of this anthology is, then, to encourage scholarship that is mindful of the critic’s responsibility to communities, and to focus discussions on incarnations of tricksters in their particular national contexts. The contribution of Troubling Tricksters, therefore, is twofold: to offer a timely counterbalance to this growing critical lacuna, and to propose new approaches to trickster studies, approaches that have been clearly influenced by the nationalists’ call for cultural and historical specificity. 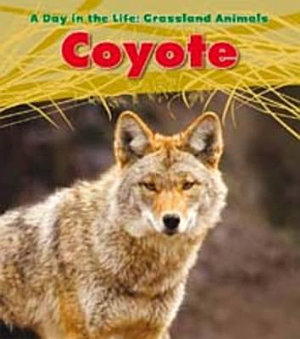 
Describes the physical characteristics, behaviour, and habitat of coyotes. 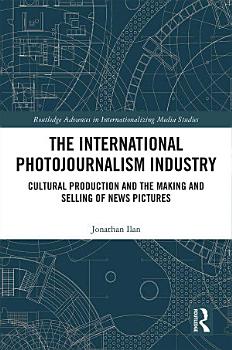 
How are events turned into news pictures that define them for the audience? How do events become commodified into pictures that both capture them and reiterate the values of the agencies that sell them? This book looks at every stage of the production of news photographs as they move to and from the ground and are sold around the world. Based on extensive fieldwork at a leading international news agency that includes participant observation with photographers in the field, at the agency’s local and global picture desks in Israel, Singapore, and the UK, in-depth interviews with pictures professionals, and observations and in-depth interviews at The Guardian’s picture desk in London, the findings in this book point to a wide cultural production infrastructure hidden from – and yet also nurtured and thus very much determined by – the consumer’s eye.