Home/Search Results for "cries and whispers in karamanlidika books" 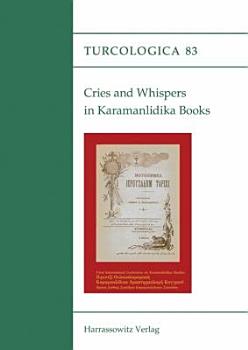 
The Karamanlides are Greek Orthodox Christians originally located in Central Anatolia with Turkish as their primary language. Cries and Whispers in Karamanlidika Books contains the papers presented at the First International Conference on Karamanlidika Studies (Nicosia, 11th-13th September 2008). Since the main problems of research in "Karamanlidika" are the lack of analytical studies, the absence of scholarly exchange between researchers, as well as the politicization and political manipulation of the subject, the conference was intended to bring together specialists in the field to present papers dealing expressly with the phenomenon without political dilatation and expansion. Being a first approach to the intricate subject, the conference aimed to create a scientific platform for further research and cooperation between scholars. Historians, linguists and researchers in literature were asked to pose questions concerning the production of Karamanlidika printed works and manuscripts, the reasons that determined this production, its quantity and its quality as well as the subjects who produced and assimilated it. 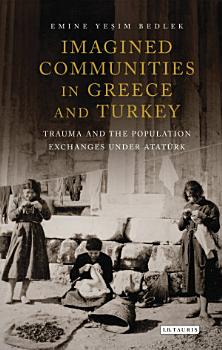 
In 1923 the Turkish government, under its new leader Kemal Ataturk, signed a renegotiated Balkan Wars treaty with the major powers of the day and Greece. This treaty provided for the forced exchange of 1.3 million Christians from Anatolia to Greece, in return for 30,000 Greek Muslims. The mass migration that ensued was a humanitarian catastrophe - of the 1.3 million Christians relocated it is estimated only 150,000 were successfully integrated into the Greek state. Furthermore, because the treaty was ethnicity-blind, tens of thousands of Muslim Greeks (ethnically and linguistically) were forced into Turkey against their will. Both the Greek and Turkish leadership saw this exchange as crucial to the state-strengthening projects both powers were engaged in after the First World War. Here, Emine Bedlek approaches this enormous shift in national thinking through literary texts - addressing the themes of loss, identity, memory and trauma which both populations experienced. The result is a new understanding of the tensions between religious and ethnic identity in modern Turkey. 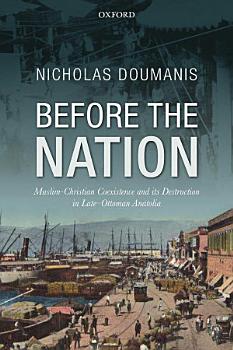 
It is common for survivors of ethnic cleansing and even genocide to speak nostalgically about earlier times of intercommunal harmony and brotherhood. After being driven from their Anatolian homelands, Greek Orthodox refugees insisted that they lived well with the Turks, and yearned for the days when they worked and drank coffee together, participated in each others festivals, and even prayed to the same saints. Historians have never showed serious regard to thesememories, given the refugees had fled from horrific ethnic violence that appeared to reflect deep-seated and pre-existing animosities. Refugee nostalgia seemed pure fantasy; perhaps contrived to lessen the pain and humiliations of displacement.Before the Nation argues that there is more than a grain of truth to these nostalgic traditions. It points to the fact that intercommunality, a mode of everyday living based on the accommodation of cultural difference, was a normal and stabilizing feature of multi-ethnic societies. Refugee memory and other ethnographic sources provide ample illustration of the beliefs and practices associated with intercommunal living, which local Muslims and Christian communities likened to a commonmoral environment. Drawing largely from an oral archive containing interviews with over 5000 refugees, Nicholas Doumanis examines the mentalities, cosmologies, and value systems as they relate to cultures of coexistence. He furthermore rejects the commonplace assumption that the empire was destroyed by intercommunal hatreds. Doumanis emphasizes the role of state-perpetrated political violence which aimed to create ethnically homogenous spaces, and which went some way in transforming these Anatolians into Greeksand Turks. 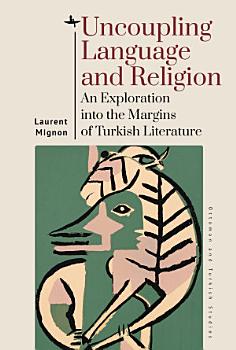 
This book is an invitation to rethink our understanding of Turkish literature as a tale of two “others.” The first part of the book examines the contributions of non-Muslim authors, the “others” of modern Turkey, to the development of Turkish literature during the late Ottoman and early republican period, focusing on the works of largely forgotten authors. The second part discusses Turkey as the “other” of the West and the way authors writing in Turkish challenged orientalist representations. Thus this book prepares the ground for a history of literature which uncouples language and religion and recreates the spaces of dialogue and exchange that have existed in late Ottoman Turkey between members of various ethno-religious communities. 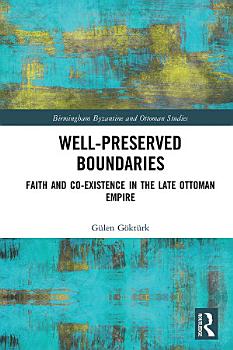 
Cappadocia was a place of co-habitation of Christians and Muslims, until the Greco-Turkish Population Exchange (1923) terminated the Christian presence in the region. Using an interdisciplinary approach drawing on history, political science and anthropology, this study investigates the relationship between tolerance, co-habitation, and nationalism. Concentrating particularly on Orthodox-Muslim and Orthodox-Protestant practices of living together in Cappadocia during the last fifty years of the Ottoman Empire, it responds to the prevailing romanticism about the Ottoman way of handling diversity. The study also analyses the transformation of the social identity of Cappadocian Orthodox Christians from Christians to Greeks, through various mechanisms including the endeavour of the elite to utilise education and the press, and through nationalist antagonism during the long war of 1912 to 1922. 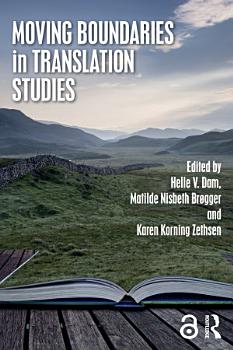 
Translation is in motion. Technological developments, digitalisation and globalisation are among the many factors affecting and changing translation and, with it, translation studies. Moving Boundaries in Translation Studies offers a bird’s-eye view of recent developments and discusses their implications for the boundaries of the discipline. With 15 chapters written by leading translation scholars from around the world, the book analyses new translation phenomena, new practices and tools, new forms of organisation, new concepts and names as well as new scholarly approaches and methods. This is key reading for scholars, researchers and advanced students of translation and interpreting studies. 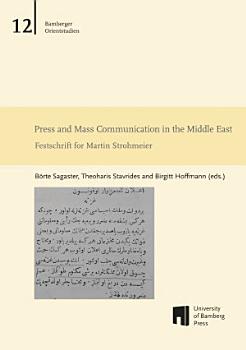 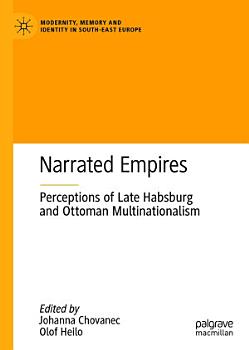 
This book examines the role of imperial narratives of multinationalism as alternative ideologies to nationalism in Central and Eastern Europe, the Balkans, and the Middle East from the revolutions of 1848 up to the defeat and subsequent downfall of the Habsburg and Ottoman empires in 1918. During this period, both empires struggled against a rising tide of nationalism to legitimise their own diversity of ethnicities, languages and religions. Contributors scrutinise the various narratives of identity that they developed, supported, encouraged or unwittingly created and left behind for posterity as they tried to keep up with the changing political realities of modernity. Beyond simplified notions of enforced harmony or dynamic dissonance, this book aims at a more polyphonic analysis of the various voices of Habsburg and Ottoman multinationalism: from the imperial centres and in the closest proximity to sovereigns, to provinces and minorities, among intellectuals and state servants, through novels and newspapers. Combining insights from history, literary studies and political sciences, it further explores the lasting legacy of the empires in post-imperial narratives of loss, nostalgia, hope and redemption. It shows why the two dynasties keep haunting the twenty-first century with fears and promises of conflict, coexistence, and reborn greatness. 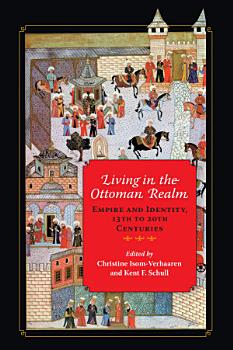 
Living in the Ottoman Realm brings the Ottoman Empire to life in all of its ethnic, religious, linguistic, and geographic diversity. The contributors explore the development and transformation of identity over the long span of the empire’s existence. They offer engaging accounts of individuals, groups, and communities by drawing on a rich array of primary sources, some available in English translation for the first time. These materials are examined with new methodological approaches to gain a deeper understanding of what it meant to be Ottoman. Designed for use as a course text, each chapter includes study questions and suggestions for further reading. 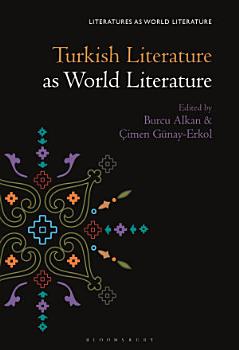 
Essays covering a broad range of genres and ranging from the late Ottoman era to contemporary literature open the debate on the place of Turkish literature in the globalized literary world. Explorations of the multilingual cosmopolitanism of the Ottoman literary scene are complemented by examples of cross-generational intertextual encounters. The renowned poet Nâzim Hikmet is studied from a variety of angles, while contemporary and popular writers such as Orhan Pamuk and Elif Safak are contextualized. Turkish Literature as World Literature not only fills a significant lacuna in world literary studies but also draws a composite historical, political, and cultural portrait of Turkey in its relations with the broader world.