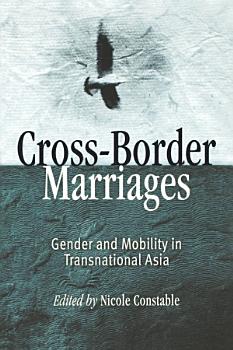 
Illuminating how international marriages are negotiated, arranged, and experienced, Cross-Border Marriages is the first book to chart marital migrations involving women and men of diverse national, ethnic, and class backgrounds. The migrations studied here cross geographical borders of provinces, rural-urban borders within nation-states, and international boundaries, including those of China, Japan, South Korea, India, Vietnam, the Philippines, the United States, and Canada. Looking at assumptions about the connection between international marriages and poverty, opportunism, and women's mobility, the book draws attention to ideas about global patterns of inequality that are thought to pressure poor women to emigrate to richer countries, while simultaneously suggesting the limitations of such views. Breaking from studies that regard the international bride as a victim of circumstance and the mechanisms of international marriage as traffic in commodified women, these essays challenge any simple idea of global hypergamy and present a nuanced understanding where a variety of factors, not the least of which is desire, come into play. Indeed, most contemporary marriage-scapes involve women who relocate in order to marry; rarely is it the men. But Nicole Constable and the volume contributors demonstrate that, contrary to popular belief, these brides are not necessarily poor, nor do they categorically marry men who are above them on the socioeconomic ladder. Although often women may appear to be moving "up" from a less developed country to a more developed one, they do not necessarily move higher on the chain of economic resources. Complicating these and other assumptions about international marriages, the essays in this volume draw from interviews and rich ethnographic materials to examine women's and men's agency, their motivations for marriage, and the importance of familial pressures and obligations, cultural imaginings, fantasies, and desires, in addition to personal and economic factors. Border-crossing marriages are significant for what they reveal about the intersection of local and global processes in the everyday lives of women and men whose marital opportunities variably yield both rich possibilities and bitter disappointments. 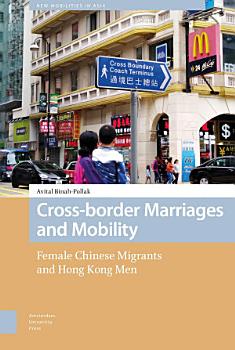 
*Cross-border Marriages and Mobility: Female Chinese Migrants and Hong Kong Men* focuses on cross-border marriages between mainland Chinese women and Hong Kong men, a phenomenon which is of critical importance to the transformation of Hong Kong. By examining the women's motivations for migration and lived experiences in relation to the discursive, political, economic, and social circumstances of mainland China and Hong Kong, Avital Binah-Pollak demonstrates how these marital practices are causing the expanding and blurring of borders, so that there is a much wider strip of border in which the dichotomies of the rural/urban, periphery/center, and hybrid/national identities become more complex and negotiable. While this is particularly interesting and valid in the case of the border between mainland China and Hong Kong because of the particular nature of the relationship between these two societies, it may also apply to borders between many other societies worldwide. 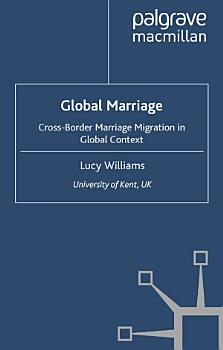 
The popular imagination of marriage migration has been influenced by stories of marriage of convenience, of forced marriage, trafficking and of so-called mail-order brides. This book presents a uniquely global view of an expanding field that challenges these and other stereotypes of cross-border marriage.


Beginning in the 1990s large numbers of women from Mainland China and Southeast Asia married men in Taiwan. They now number over 400,000, warranting some to call them Taiwan's Fifth Ethnic Group. This book argues that the rise of these marriages is a gendered and relational phenomenon, linked to the forces of globalization. Traditional ideas of marriage, such as the belief that a woman marries out of her natal family to be dependent upon her husband and his family, and the idea that a man should marry down to a woman of a lesser social and economic status, have not kept pace with changes in women's educational and career opportunities. How these relationships are formed, how they impact gendered understandings of women and men, how families are constituted and relationships developed, and how they affect the children of these families and their education, are the issues explored in this book. It breaks new ground in our understanding of transnational and cross-border marriages by looking at the long-term effects of such marriages on communities, families, and individuals.


In this dissertation, I analyze cross-border marriages between South Korean men and Vietnamese women within the framework of social reproduction. The volume of Vietnamese cross-border marriages has increased dramatically with the emergence of the commercial marriage brokerages industry in the late 1990s. While NGOs have raised concerns about the commodification of Vietnamese women, the South Korean government has actively supported cross-border marriages through legislations. Why and how cross-border marriages have increased in South Korea at this moment and gained so much attention in the policy arena are the primary questions addressed in this dissertation. The practice of cross-border marriage between Korean men and foreign women started as a response to widespread concern over the inability of large numbers of rural bachelors to find marriage partners in the 1980s. The "rural bachelors problem" arose in the context of growing concerns over the sustainability of rural communities that arose as a result of the policy of export-oriented industrialization that began in the 1960s. The increase in rural to urban migration and women's labor force participation, and the decline in fertility and marriage rates continued during this period and contributed to changing family patterns and the dismantling of the family as a key institution for care provision. By the mid 2000s, low fertility and a "care deficit" became national concerns and a series of legislative correctives, including the Framework Act on Healthy Families were implemented. Growing attention was paid to the "Multicultural Family," which is the government's official term for unions arising through cross-border marriage. While much of the discussion surrounding cross-border marriage focuses on individual marriage migrants' experiences, this dissertation focuses on the structural changes that accompany cross-border marriage. I use social reproduction as a framework within which to discuss both the demographic and the political economic context within which the practice has grown, including changes in migration patterns, women's labor force participation and their role in care provision, and the contexts of the welfare regime and notions of citizenship. I take the family, in particular the multicultural family, as a site through which to explore how these contexts and processes. . Care provision has become increasingly important in the current global political economy. Recent research on the global care chain and the feminization of labor migration has articulated how the pressure to reduce the cost of care provision in the context of the decline of the welfare state has contributed to affect female labor migration. In a similar vein, I have found that the increase in marriage migration coincides with the population and care crisis, which has resulted from the decrease in fertility and marriage rates, changes in family patterns, and the increase in women's labor force participation that has occurred since the industrialization period. Women have been primarily responsible for care provision within the family in South Korea. The pronounced care crisis at the moment cannot be separated from changes that have taken place in family patterns and women's roles. While the Korean government has increased the social expenditures, efforts to restore the family as central to care provision continue. I argue that the recent increase in marriage migration in South Korea is one manifestation of social reproduction in this context. As of 2009, cross-border marriage became more than a rural phenomenon, as more than 50 percent of Vietnamese marriage migrants to Korea were living in urban areas. The data show that most are marry into low income families and nearly half of them live with in-laws, which is ten times higher than the rate among Korean-Korean families. Marriage migration helps address the population and care crisis in South Korea by contributing to the formation of families and providing care for children and elderly in the low income families. Lastly, it is worth noting that multicultural families are indispensible in the current making of "Multicultural Korea". Marriage migrants and their low income families are mobilized in the celebration of "Multicultural Korea," yet their marginalized socio-economic status is hardly recognized in this process. 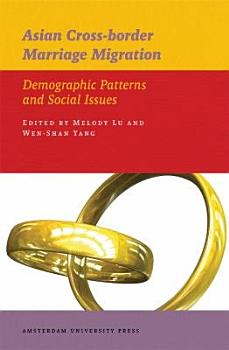 
"Asian Cross-border Marriage Migration: Demographic Patterns and Social Issues is an interdisciplinary and comparative study on the rapid increase of the intra-Asia flow of cross-border marriage migration. This book contains in-depth research conducted by scholars in the fields of demography, sociology, anthropology and pedagogy, including demographic studies based on large-scale surveys on migration and marital patterns as well as micro case studies on migrants%7Bu2019%7D liv%7Bu00AD%7Ding experiences and strategies. Together these papers examine and challenge the existing assumptions in the immigration policies and popular discourse and lay the foundation for further comparative research." -- Back cover.