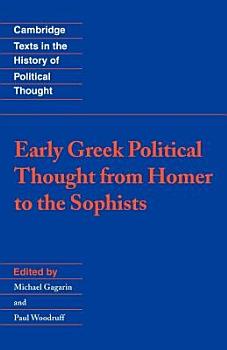 
Including the works of more than thirty authors, this edition of early Greek writings on social and political issues includes the origin of human society and law; the nature of justice and good government; the distribution of power among genders and social classes. 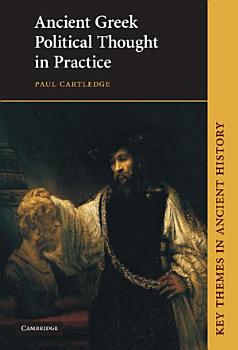 
Ancient Greece was a place of tremendous political experiment and innovation, and it was here too that the first serious political thinkers emerged. Using carefully selected case-studies, in this book Professor Cartledge investigates the dynamic interaction between ancient Greek political thought and practice from early historic times to the early Roman Empire. Of concern throughout are three major issues: first, the relationship of political thought and practice; second, the relevance of class and status to explaining political behaviour and thinking; third, democracy - its invention, development and expansion, and extinction, prior to its recent resuscitation and even apotheosis. In addition, monarchy in various forms and at different periods and the peculiar political structures of Sparta are treated in detail over a chronological range extending from Homer to Plutarch. The book provides an introduction to the topic for all students and non-specialists who appreciate the continued relevance of ancient Greece to political theory and practice today. 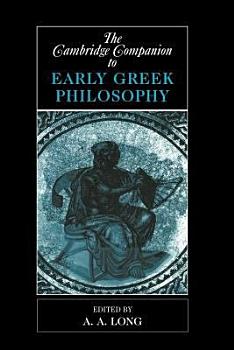 
A 1999 Companion to Greek philosophy, invaluable for new readers, and for specialists. 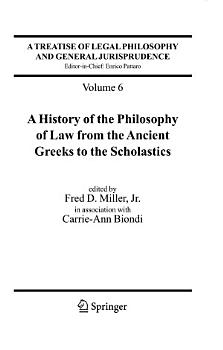 
This comprehensive treatment of legal philosophy and general jurisprudence is designed for jurists as well as legal and practical philosophers. The treatise is presented in two sections: The 5-volume Theoretical part (2005) covers topics of contemporary debate; The 6-volume Historical part (2006-2007) traces the development of legal thought from ancient Greece through the twentieth century. This release incorporates Vol. 6: A History of the Philosophy of Law from the Ancient Greeks to the Scholastics; Vol. 7: The Jurists' Philosophy of Law from Rome to the Seventeenth Century; and Vol 8: A History of the Philosophy of Law in the Common Law World, 1600-1900. 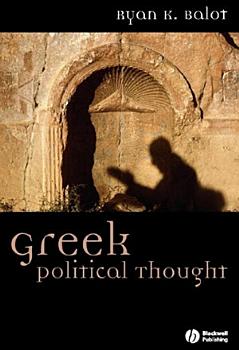 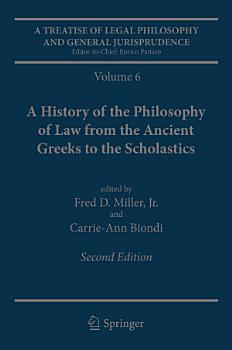 
The first-ever multivolume treatment of the issues in legal philosophy and general jurisprudence, from both a theoretical and a historical perspective. The work is aimed at jurists as well as legal and practical philosophers. Edited by the renowned theorist Enrico Pattaro and his team, this book is a classical reference work that would be of great interest to legal and practical philosophers as well as to jurists and legal scholar at all levels. The work is divided in two parts. The theoretical part (published in 2005), consisting of five volumes, covers the main topics of the contemporary debate; the historical part, consisting of six volumes (Volumes 6-8 published in 2007; Volumes 9 and 10, published in 2009; Volume 11 published in 2011 and Volume 12 forthcoming in 2015), accounts for the development of legal thought from ancient Greek times through the twentieth century. The entire set will be completed with an index. Volume 6: A History of the Philosophy of Law from the Ancient Greeks to the Scholastics 2nd revised edition, edited by Fred D. Miller, Jr. and Carrie-Ann Biondi Volume 6 is the first of the Treatise’s historical volumes (following the five theoretical ones) and is dedicated to the philosophers’ philosophy of law from ancient Greece to the 16th century. The volume thus begins with the dawning of legal philosophy in Greek and Roman philosophical thought and then covers the birth and development of European medieval legal philosophy, the influence of Judaism and the Islamic philosophers, the revival of Roman and Christian canon law, and the rise of scholastic philosophy in the late Middle Ages, which paved the way for early-modern Western legal philosophy. This second, revised edition comes with an entirely new chapter devoted to the later Scholastics (Chapter 14, by Annabel Brett) and an epilogue (by Carrie-Ann Biondi) on the legacy of ancient and medieval thought for modern legal philosophy, as well as with updated references and indexes. 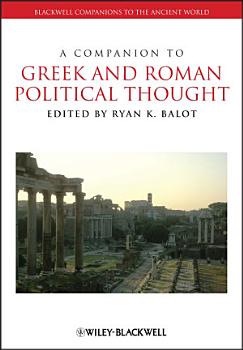 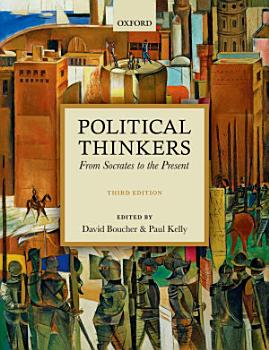 
Political Thinkers is the most comprehensive introduction to Western political thought written by a team of internationally renowned scholars. The third edition provides students with a clear and engaging introduction to the canon of great theorists, from Socrates and the Sophists to contemporary thinkers such as Rawls and Arendt. Each chapter begins with a helpful chapter guide, a biographical sketch of the thinker, a list of their key texts, and their key ideas. Part introductions and a concluding chapter enable readers to understand the social and political contexts that inspired political thinkers to write. The third edition features two brand new chapters on Hannah Arendt, one of the most influential philosophers of the twentieth century, and Hugo Grotius, whose work on just war continues to inform international law today. 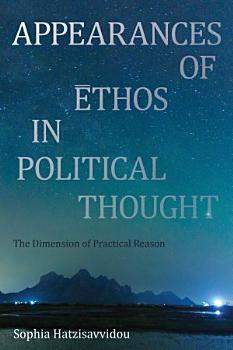 
Addressing a gap in political thought, this book examines the interplay between ethos and practical reason in everyday life. It suggests that the burgeoning literature on the ‘ethotic’ dimension of democracy leaves untreated the issue of practical reason and how it infuses political judgment and action.