Home/Search Results for "eloise at christmastime"


It’s Eloise’s sixtieth birthday—though she’s still not a day over six. Celebrate both her birthday and Christmas with this sweet holiday classic that now comes with a CD narrated by the brilliant Bernadette Peters! It’s absolutely Christmas, but I don’t mind a bit. I give everyone a present for that’s the thing of it. So when it’s everly Christmastime, and you’re under your Christmas trees, simply tinkle a bell and have a trinkle, and remember, me Eloise! Deck the halls of The Plaza Hotel with tinsel and holly, singing fa la la la lolly with the very special little girl who lives there—Eloise! Eloise’s fans—young and old—will love, love, love this new book & CD edition narrated by the talented Bernadette Peters!


Join Eloise while she celebrates Christmas. 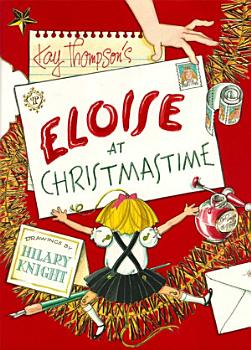 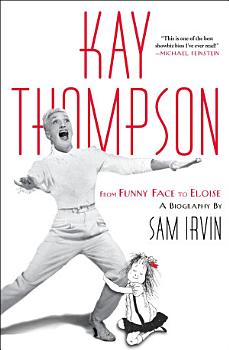 
Kay Thompson’s larger-than-life story is an effervescent toast to show business with a shot of Auntie Mame and a twist of The Devil Wears Prada. A multi-threat entertainer and a world-class eccentric, Kay Thompson was the mentor/best friend of Judy Garland, the vocal guru for Frank Sinatra and Lena Horne, and the godmother/Svengali of Liza Minnelli (who recreated Thompson’s nightclub act in her 2009 Tony Award–winning event, Liza’s at the Palace). She went to school with Tennessee Williams, auditioned for Henry Ford, got her first big break from Bing Crosby, trained Marilyn Monroe, channeled Elvis Presley, rejected Andy Warhol, rebuffed Federico Fellini, got fired by Howard Hughes, and snubbed Donald Trump. She coached Bette Davis and Eleanor Roosevelt; she created nightclub acts for Marlene Dietrich and Ginger Rogers; and when Lucille Ball had to sing on Broadway, Kay was the wind beneath her wings, too. Kay’s legion of fans included Queen Elizabeth of England, King Juan Carlos of Spain, and Princess Grace (Kelly) of Monaco. Danny Kaye masqueraded in drag as her; Noël Coward and Cole Porter wrote musicals for her; and The Beatles wanted to hold her hand. She was a charter member of the Rat Pack, costarred in a whodunit with Ronald Reagan, and directed John F. Kennedy’s Inaugural Gala. The dame cut a wide swath through the arts. After conquering radio in the 1930s she commandeered MGM’s vocal department in the 1940s, where she revolutionized the studio’s greatest musicals with her audacious arrangements, from The Harvey Girls to Ziegfeld Follies. In the 1950s she became the highest-paid cabaret attraction in the world with her groundbreaking act "Kay Thompson and the Williams Brothers," featuring her young protégé—and secret lover—Andy Williams. In a stunning feat of reinvention, Thompson next became the bestselling author of Eloise (first published by Simon & Schuster in 1955), chronicling the mischievous adventures of the six-year-old mascot of The Plaza, spawning an industry that is still going strong today. Then Kay took the silver screen by storm as the "Think Pink!" fashion magazine editor in Funny Face, stealing the film right out from under Audrey Hepburn and Fred Astaire. The Thompson saga swells from small town wannabe to international headliner, dissolving into self-destruction and madness—the storyline usually reserved for a rags-to-riches potboiler—yet with unexpected twists, outlandish turns, and a last-minute happy ending that, even by Hollywood’s standards, is nothing short of preposterous. But that is Kay Thompson. Fascinating. Frustrating. Fabulous! 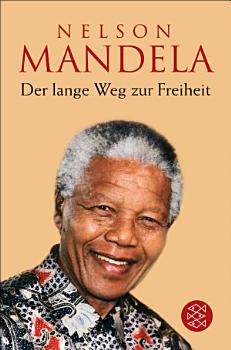 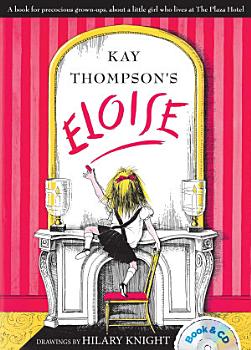 
It’s Eloise’s sixtieth birthday—though she’s still not a day over six. Celebrate with a beautifully illustrated hardcover edition of the original classic storybook with gobs of bonus material! Eloise is a very special little girl who lives at The Plaza Hotel in New York City. She may not be pretty yet, but she’s definitely already a real person. She loves learning about people who aren’t boring. Take Eloise home with you and she’ll introduce you to life at The Plaza. You’ll be glad you did! In the front of this book we have printed the original Eloise story and pictures, and in the back of it there are sketches and stories by Mr. Hilary Knight (the illustrator), photographs of Miss Kay Thompson when she was young and fabulous and rather like Eloise, and absolutely loads of information that you simply can’t can’t can’t get anywhere else. Here’s the thing: Whether you are just about to fall in love with Eloise or have already baked her a cake, you ought to have this book. (Charge it please and thank you very much.) 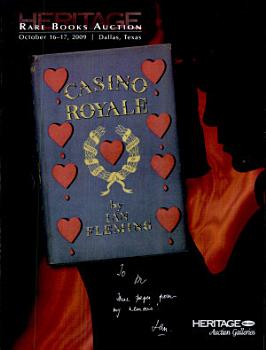 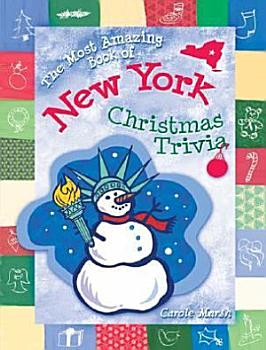 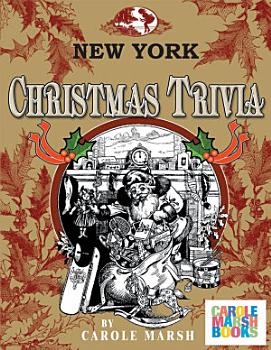 
I spent one winter researching the holiday history, folklore, legend, and more of each and every state,' says Carole marsh. A great coffee-table book or classroom read, this book-in an edition for each U.S. state-shares a wealth of fascinating historical material and trivia about everything from holiday traditions to how we got the Christmas tree, superstitions, and more. From the Yule logs of Maine to snow on the Alamo, you'll love your own state book, but wish you could read them all. Don't forget to send your favorite teacher or grandchild a copy for their state! 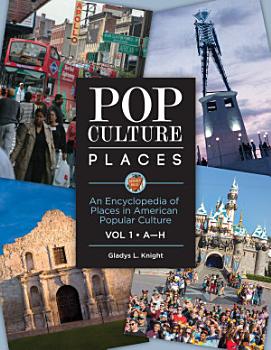 
This three-volume reference set explores the history, relevance, and significance of pop culture locations in the United States—places that have captured the imagination of the American people and reflect the diversity of the nation. • Enables readers to perceive how their lives have been influenced by everyday places in the past, from centuries ago to the modern era • Provides unique and enlightening insights through a comprehensive overview of the history, contemporary perspectives, and pop culture influences of places across America • Spotlights historic locations central to films, television, music, and daily life to teach students about American history and culture through topics that interest them 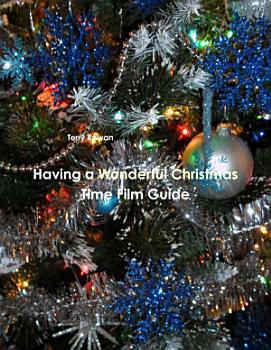 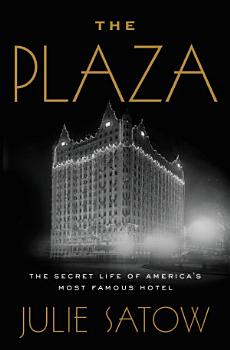 
Journalist Julie Satow's thrilling, unforgettable history of how one illustrious hotel has defined our understanding of money and glamour, from the Gilded Age to the Go-Go Eighties to today's Billionaire Row. From the moment in 1907 when New York millionaire Alfred Gwynne Vanderbilt strode through the Plaza Hotel's revolving doors to become its first guest, to the afternoon in 2007 when a mysterious Russian oligarch paid a record price for the hotel's largest penthouse, the eighteen-story white marble edifice at the corner of Fifth Avenue and 59th Street has radiated wealth and luxury. For some, the hotel evokes images of F. Scott Fitzgerald frolicking in the Pulitzer Fountain, or Eloise, the impish young guest who pours water down the mail chute. But the true stories captured in THE PLAZA also include dark, hidden secrets: the cold-blooded murder perpetrated by the construction workers in charge of building the hotel, how Donald J. Trump came to be the only owner to ever bankrupt the Plaza, and the tale of the disgraced Indian tycoon who ran the hotel from a maximum-security prison cell, 7,000 miles away in Delhi. In this definitive history, award-winning journalist Julie Satow not only pulls back the curtain on Truman Capote's Black and White Ball and The Beatles' first stateside visit-she also follows the money trail. THE PLAZA reveals how a handful of rich, dowager widows were the financial lifeline that saved the hotel during the Great Depression, and how, today, foreign money and anonymous shell companies have transformed iconic guest rooms into condominiums that shield ill-gotten gains-hollowing out parts of the hotel as well as the city around it. THE PLAZA is the account of one vaunted New York City address that has become synonymous with wealth and scandal, opportunity and tragedy. With glamour on the surface and strife behind the scenes, it is the story of how one hotel became a mirror reflecting New York's place at the center of the country's cultural narrative for over a century. 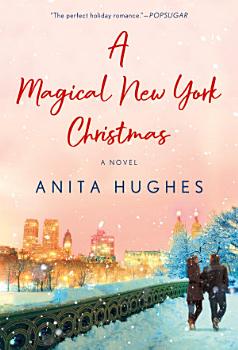 
"There’s plenty to love in this sparkling Christmas rom-com."—Publishers Weekly A magical holiday love story set at the glamorous Plaza Hotel in New York City. It’s Christmas week when 26-year-old Sabrina Post knocks on the door of the Vanderbilt suite at the Plaza Hotel in New York City, ready to accept the ghostwriting position for the memoir of Grayson Westcott—a famous art dealer. A struggling journalist, Sabrina can't believe her luck: a paycheck and six nights in her own suite at the Plaza. She feels like Eloise, the heroine from her favorite children’s books. To make the job even more exciting, Grayson recounts how he worked as a butler at the Plaza sixty years ago for none other than the author of the Eloise books, Kay Thompson. What promises to be a perfect week is complicated when Sabrina meets Ian Wentworth, a handsome British visitor, at the hotel bar. When Ian assumes Sabrina is another wealthy guest at the hotel, she doesn’t correct him —a decision she doesn’t regret after learning that Ian is a member of the British aristocracy. But, things are not what they seem. The truth is: Ian is not a wealthy lord; he’s actually the personal secretary of Lord Spencer Braxton. As the week unfolds, will Sabrina and Ian learn the truth about one another? Filled with the magic that can only be found at the Plaza Hotel during the holidays, and revealing facts about the author of the Eloise books, Anita Hughes's A Magical New York Christmas is both a holiday treat and a heartwarming story that reminds us that falling in love is the greatest miracle of all.