Home/Search Results for "ghost towns of the northwest" 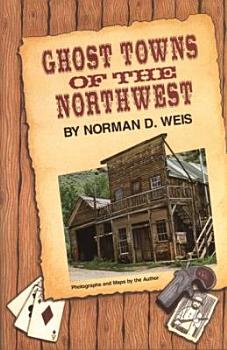 
Distributed by the University of Nebraska Press for Caxton Press Travel through the ghost-town country of the Pacific Northwest, guided by the camera and pen of Norman D. Weis. Both well-known and obscure towns, with intriguing names such as Comeback Mine Camp, Electric, Ruby, Greenback, Disautel, and Old Todora entice you to explore their secrets. 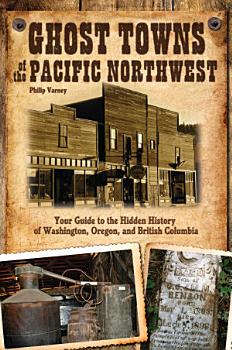 
Ghost Towns of the Pacific Northwest is a guidebook to the best boomtowns of Oregon, Washington, and British Columbia. Once thriving centers for mining, fishing, logging, and national defense, these abandoned camps and pioneer villages still ring with history. Nowadays, these ghost towns are some of the best places to travel to, filled with fun things to do and see.Ghost town expert Philip Varney equips you with everything you need to know to explore these remnants of the past. Featuring color maps, driving and walking directions, town histories, touring recommendations, and stunning color photography, Ghost Towns of the Pacific Northwest details famous sites such as Port Gamble (Washington), Fort Steele (British Columbia), and Jacksonville (Oregon) â€” in addition to out-of-the-way gems like Holden (Washington), Sandon (British Columbia), and Flora (Oregon).Chasing down the ghost towns of the Pacific Northwest will take you from the seacoast high into the forests of the Cascade Range. You will view the magnificent Columbia River as it passes through Revelstoke, British Columbia, to its first entry into the United States in Northport, Washington, and to its dramatic meeting with the Pacific Ocean near Astoria, Oregon. See the region as you have never seen it before with this essential guidebook to the glory days of the Pacific Northwest!


Explores ghost towns of the Pacific Northwest. Includes a short history of each town and interviews with oldtimers. 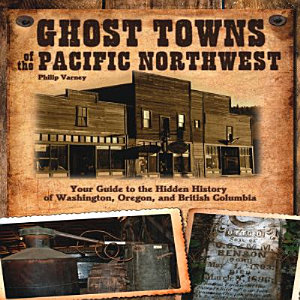 
Ghost Towns of the Pacific Northwest is a guidebook to the best boomtowns of Oregon, Washington, and British Columbia. Once thriving centers for mining, fishing, logging, and national defense, these abandoned camps and pioneer villages still ring with history. Ghost town expert Philip Varney equips you with everything you need to know to explore these remnants of the past. Featuring color maps, driving and walking directions, town histories, touring recommendations, and stunning color photography, Ghost Towns of the Pacific Northwest details famous sites such as Port Gamble (Washington), Fort Steele (British Columbia), and Jacksonville (Oregon) â€” in addition to out-of-the-way gems like Holden (Washington), Sandon (British Columbia), and Flora (Oregon). See the region as you have never seen it before with this essential guidebook to the glory days of the Pacific Northwest! 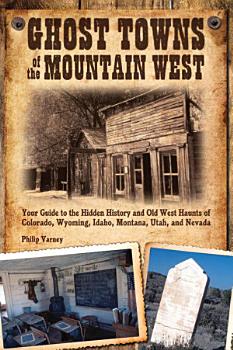 
The Rocky Mountain and Great Basin states are the heart of ghost-town country. Once-bustling pioneer outposts, mining camps, lumber towns, and railroad villages stand today as reminders of the glory days of gold rushes, industrial progress, and that pioneering spirit of the Old West. This book guides readers to the fascinating and scenic ghost towns of Colorado, Wyoming, Idaho, Montana, Utah, and Nevada. Varney highlights popular tourist destinations as well as out-of-the-way spots unfamiliar even to natives of the region. Maps, historical background, and stunning color photographs bring to life dozens of ghost towns and provide practical information for exploring this fascinating chapter of American history. 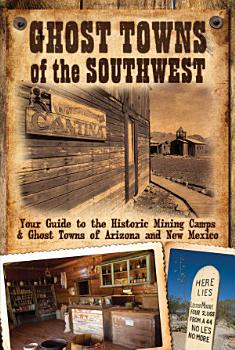 
For centuries, the stunning panoramas of Arizona and New Mexico served as the backdrop for a veritable cavalcade of human history. From Anasazi cities built within towering canyon walls to early outpost villages of an expanding young nation, the Southwest served as the home to a range of communities that first thrived and ultimately demised in the region's rugged, sprawling landscapes. Today, the Southwest lures visitors with its majestic natural scenery and links to a fascinating chapter in our nation's history. In Ghost Towns of the Southwest, Jim Hinckley and Kerrick James present the colorful stories, colorful characters, and colorful landscapes that bring to life these landmarks of our past. 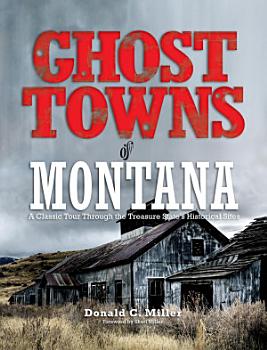 
This part guidebook, part history book is an up-to-date collection of photos and true stories about the most famous ghost towns of Montana—packaged with a map and more than 100 historical images. 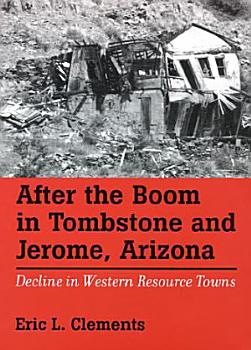 
Focusing on two Arizona towns that had their origins in mining bonanzas—Tombstone and Jerome—historian Eric L. Clements offers a rare study dissecting the process of bust itself—the reasons and manners in which these towns declined as the mining booms ended. Tombstone was the site of one of the great silver bonanzas of the nineteenth century, a boom that started in the late 1870s and was over by 1890. Jerome’s copper deposits were mined for much longer, beginning in the 1880s and enduring until the 1930s. But when the mining booms ended, each town faced its decline in similar ways. The process of decline was more complex than superficial histories have indicated, and Clements discusses the role of labor unions in trying to stave off collapse, the changing demography of decline, the nature and expression of social tensions, the impact on institutions such as churches and schools, and the human responses to continued economic depression. But bust involved more than a steady decline into ghost-town status, Clements discovers: the towns' remaining residents employed numerous strategies to survive and reduce household expenses. In the end, both towns reinvented themselves as late-twentieth-century tourist attractions. 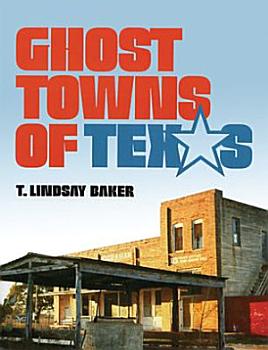 
"The indefatigable T. Lindsay Baker has now turned his enormous mental and physical energies to the subject and has brought to view - if not to life -eighty-six Texas ghost towns for the reader's pleasure. Baker lists three criteria for inclusion: tangible remains, public access, and statewide coverage. In each case Baker comments about the town's founding, its former significance, and the reasons for its decline. There are maps and instructions for reaching each site and numerous photographs showing the past and present status of each. The contemporary photos were taken, in most instances, by Baker himself, who proves as adept a photographer as he is researcher and writer....Baker has done his work thoroughly and well, within limits imposed by necessity. He obviously had fun in the process and it shows in his prose."---New Mexico Historical Review 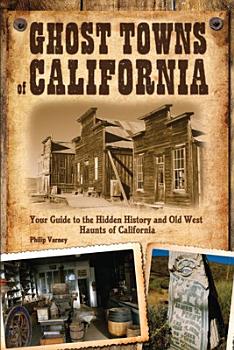 
"A guide to the best ghost towns of California. Once thriving, these abandoned mining camps and pioneer villages still ring with history. Philip Varney equips you with everything you need to explore these sites, including maps, directions, history, and photos"--Provided by publisher. 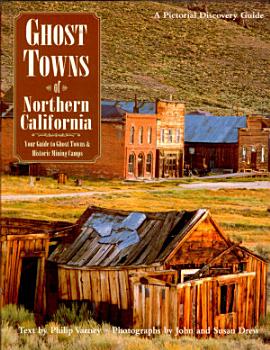 
A travel guide to northern California's 50 deserted mining towns, plus the "ghost prison" of Alcatraz and a couple of Chinese fishing villages in the San Francisco Bay area. 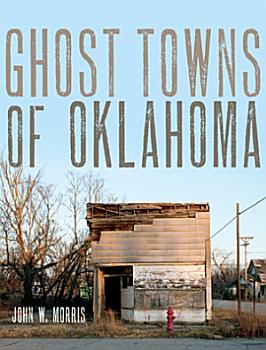 
Lists 130 ghost towns in alphabetical order and includes descriptions of each. 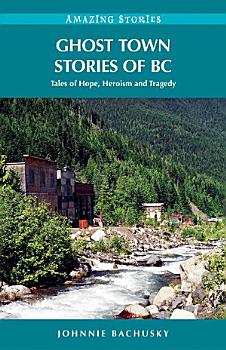 
Many of BC's old mining towns are now abandoned ruins, disappearing into the wilderness. These once-thriving towns and the pioneers who built them are remembered in 10 fascinating stories of hard work and heroism. A mine rescue worker sadly recounts a tale of death underground at Coal Creek. Three eccentric old bachelors become the final residents of Phoenix. Legends of Spanish treasure near a Vancouver Island gold-rush town persist to this day. Experience BC's colourful past in these entertaining stories from the province's vanished communities. 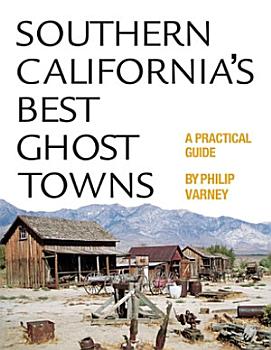 
The ghost towns of Southern California-some dramatic and nearly intact, others devastated-are well worth visiting. Most are remnants of once-colorful mining towns, though there are also railroad towns, a World War II relocation center, a promoter's swindle, and a failed socialist colony. Some excellent attractions remain. One of the best-preserved stamp mills in the West is in Skidoo. Smelters, homes, stores, and the remarkable wooden American Hotel can be found in Cerro Gordo, which the author calls "California's best true ghost town." Seasoned back-roads traveler Philip Varney, who has visited nearly a hundred ghost towns in the area, provides a down-to-earth and helpful guide to more than sixty of the best in Southern California and nearby Inyo and Kern counties. He defines a ghost town as a town with a population markedly decreased from its peak, one whose initial reason for settlement no longer keeps people there. It can be completely deserted, have a resident or two, or retain genuine signs of vitality, but Varney has eliminated those towns he considers either too populated or too empty of significant remains. The sites are grouped in four chapters in Inyo County, Death Valley, the Mojave Desert and Kern River, and the regions surrounding Los Angeles and San Diego. Each chapter provides a map of the region, a ranking of sites as "major," "secondary," and "minor," information on road conditions, trip suggestions, and tips on the use of particular topographic maps for readers interested in more detailed exploration. Each entry includes directions to a town, a brief history of that town, and notes on its special points of interest. Current photographs provide a valuable record of the sometimes fragile sites. Southern California's Best Ghost Towns will be welcomed both by those who enjoy traveling off the beaten path and by those who enjoy the history of the American West. 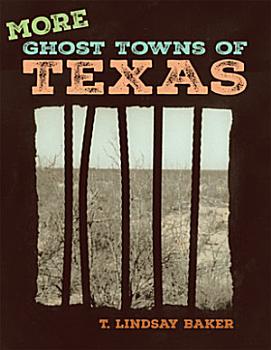 
A companion volume to Ghost Towns of Texas provides readers with histories, maps, and detailed directions to the most interesting ghost towns in Texas not already covered in the first volume. Reprint.


A ghost town is only as good as the stories about it. The legends of bar-fights, famous visitors, and big findings of gold are throughout this book. It also has a good map and directions on locating the towns, some of which are "alive" today. 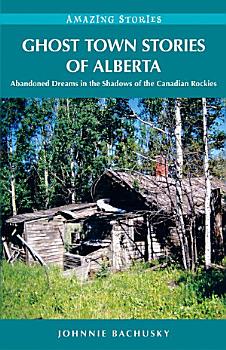 
Today, many of the historic coal-mining communities of the Rocky Mountains are uninhabited ghost towns. Yet behind the crumbled ruins are tales of perseverance, danger and romance. A devastating mine explosion on Halloween shatters the lives of mining families in Nordegg. The miners of Mountain Park build a hockey rink still celebrated in local lore. A young immigrant couple in Mercoal establishes a successful business only to have their love story sadly cut short. These 11 dramatic and poignant ghost-town tales are sure to fascinate all who love pioneer history.