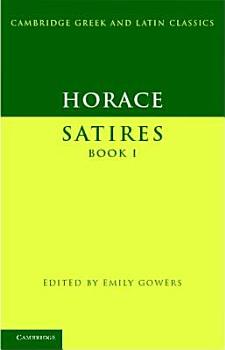 
Helps readers to translate and interpret Horace's first book of Satires in the light of recent scholarship. 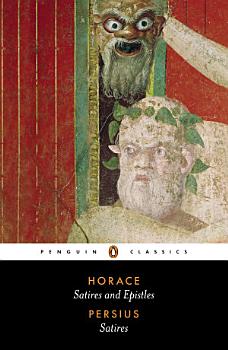 
The Satires of Horace (65–8 BC), written in the troubled decade ending with the establishment of Augustus’ regime, provide an amusing treatment of men’s perennial enslavement to money, power, glory and sex. Epistles I, addressed to the poet’s friends, deals with the problem of achieving contentment amid the complexities of urban life, while Epistles II and the Ars Poetica discuss Latin poetry – its history and social functions, and the craft required for its success. Both works have had a powerful influence on later Western literature, inspiring poets from Ben Jonson and Alexander Pope to W. H. Auden and Robert Frost. The Satires of Persius (AD 34–62) are highly idiosyncratic, containing a courageous attack on the poetry and morals of his wealthy contemporaries – even the ruling emperor, Nero. 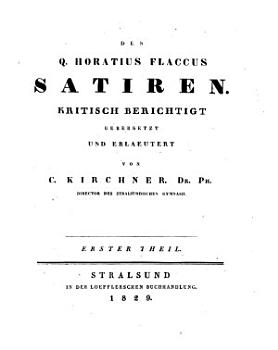 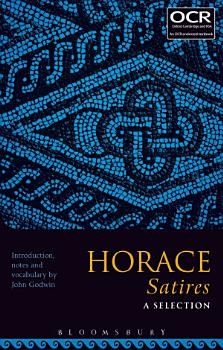 
This is the endorsed publication from OCR and Bloomsbury for the Latin AS and A-Level (Group 3) prescription of Horace's Satires, giving full Latin text, commentary and vocabulary for Satires 1.1 lines 1–12, 28–100; 1.3 lines 25–75; and 2.2 lines 1–30, 70–111. A detailed introduction places the poems in their Roman literary context. 'Telling the truth with a smile' is the way Horace describes his approach to satire in this, his first published poetry. The poems in this collection discuss universal ideas of how we should live our lives simply with regard to money, ambition, food and friendship and how to live contented with what nature provides rather than always yearning for more. The poet does this in a manner which is light but not flippant, always entertaining and powerfully moving at the same time. Resources are available on the Companion Website www.bloomsbury.com/ocr-editions-2019-2021 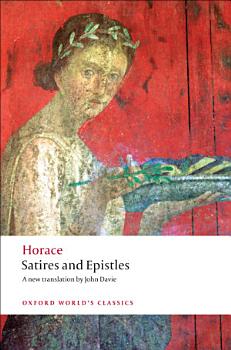 
Horace exposes the vices and follies of his Roman contemporaries in his Satires, and the Epistles include the famous Art of Poetry, whose advice on poetic style influenced many later writers and dramatists. John Davie's new prose translations perfectly capture the ribald style of the original. 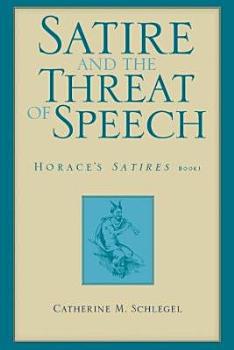 
In his first book of Satires, written in the late, violent days of the Roman republic, Horace exposes satiric speech as a tool of power and domination. Using critical theories from classics, speech act theory, and others, Catherine Schlegel argues that Horace's acute poetic observation of hostile speech provides insights into the operations of verbal control that are relevant to his time and to ours. She demonstrates that though Horace is forced by his political circumstances to develop a new, unthreatening style of satire, his poems contain a challenge to our most profound habits of violence, hierarchy, and domination. Focusing on the relationships between speaker and audience and between old and new style, Schlegel examines the internal conflicts of a notoriously difficult text. This exciting contribution to the field of Horatian studies will be of interest to classicists as well as other scholars interested in the genre of satire. 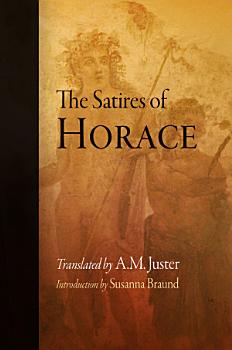 
The Roman philosopher and dramatic critic Quintus Horatius Flaccus (65-3 B.C.), known in English as Horace, was also the most famous lyric poet of his age. Written in the troubled decade ending with the establishment of Augustus's regime, his Satires provide trenchant social commentary on men's perennial enslavement to money, power, fame, and sex. Not as frequently translated as his Odes, in recent decades the Satires have been rendered into prose or bland verse. Horace continues to influence modern lyric poetry, and our greatest poets continue to translate and marvel at his command of formal style, his economy of expression, his variety, and his mature humanism. Horace's comic genius has also had a profound influence on the Western literary tradition through such authors as Swift, Pope, and Boileau, but interest in the Satires has dwindled due to the difficulty of capturing Horace's wit and formality with the techniques of contemporary free verse. A. M. Juster's striking new translation relies on the tools and spirit of the English light verse tradition while taking care to render the original text as accurately as possible. 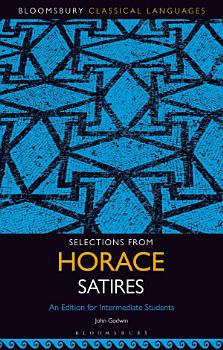 
This is the first intermediate-student edition of a selection from Horace's Satires. Satire 1.1 lines 1–12, 28–100, Satire 1.3 lines 25–75 and Satire 2.2 lines 1–30, 70–111 are included as Latin text with an accompanying commentary and vocabulary. Focusing on a deliberately limited number of poems, this edition is designed to be manageable for students reading the text for the first time while also perfectly encapsulating the interest of Horace's other work and inspiring further study of it. A detailed introduction explains points of historical and stylistic interest. 'Telling the truth with a smile' is the way Horace describes his approach to satire in this, his first published poetry. The poems in this collection discuss universal ideas of how we should live our lives simply with regard to money, ambition, food and friendship and how to live contented with what nature provides rather than always yearning for more. The poet does this in a manner which is light but not flippant, always entertaining and powerfully moving at the same time. 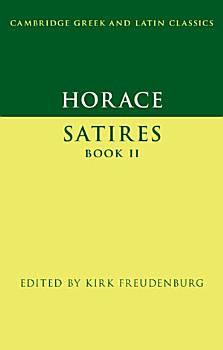 
The satires explored in this volume are some of the trickiest poems of ancient Rome's trickiest poet. Horace was an ironist, sneaky smart, and prone to hiding things under the surface. His Latin is dense and difficult. The challenges posed by these satires are especially acute because their voices, messages, and stylistic habits are many, and their themes range from the poet's anxieties about the limits of satiric free speech in the first poem to the ridiculous excesses of an outrageously overdone dinner party in the last. For students working at intermediate and advanced levels of Latin, this book makes the satires of Horace's second book of Sermones readable by explaining difficult issues of grammar, syntax, word-choice, genre, period, and style. For scholars who already know these poems well, it offers fresh insights into what satire is, and how these poems communicate as uniquely 'Horatian' expressions of the genre. 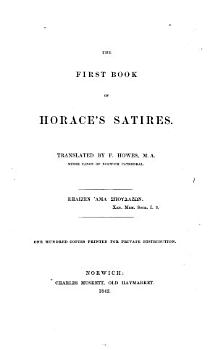