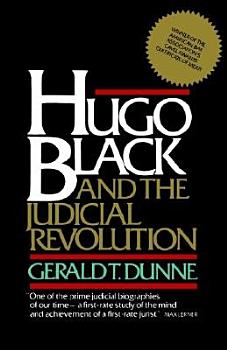 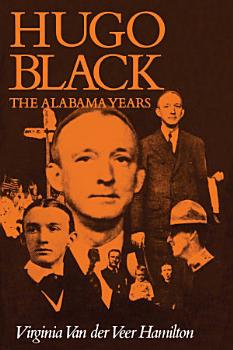 
“ Hamilton writes well and Alabama politics is always fascinating. As narrative history the book is outstanding, and it is easily the best study of Black’ s political career.” — American Historical Review 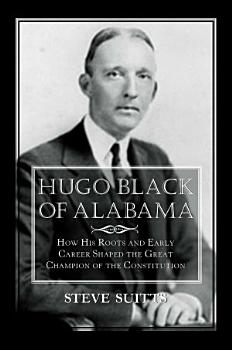 
Decades after his death, the life and career of Supreme Court Justice Hugo L. Black continue to be studied and discussed. This definitive study of Black’s origins and early influences has been 25 years in the making and offers fresh insights into the justice’s character, thought processes, and instincts. Black came out of hardscrabble Alabama hill country, and he never forgot his origins. He was further shaped in the early 20th-century politics of Birmingham, where he set up a law practice and began his political career, eventually rising to the U.S. Senate, from which he was selected by FDR for the high court. Black’s nomination was opposed partly on the grounds that he had been a member of the Ku Klux Klan. One of the book’s conclusions that is sure to be controversial is that in the context of Birmingham in the early 1920s, Black’s joining of the KKK was a progressive act. This startling assertion is supported by an examination of the conflict that was then raging in Birmingham between the Big Mule industrialists and the blue-collar labor unions. Black of course went on to become a staunch judicial advocate of free speech and civil rights, thus making him one of the figures most vilified by the KKK and other white supremacists in the 1950s and 1960s. 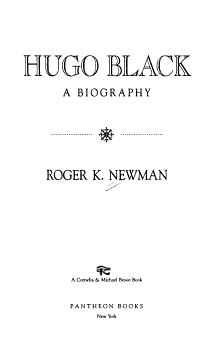 
Recounts Black's life from his childhood in Alabama and his membership in the Ku Klux Klan to his years on the Supreme Court, where he was known for his emphasis on the the Bill of Rights, and especially the First Ammendment 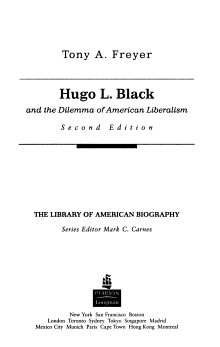 
In the newest addition to the Library of American Biography Series, Tony Freyer's biography of Supreme Court Justice Hugo L. Black chronicles the life and work of this critical figure in American legal history. Hugo Black's journey from the rural planes of Alabama to his eventual seat on the Supreme Court parallels the United States' own path towards modernity. Freyer's narrative allows students to understand the themes of industrialism, immigration and imperialism through the life of a complex and remarkable man. The book is an engaging and illuminating supplement to any U.S. History Survey course. A concise yet comprehensive book, Hugo L. Black and the Dilemma of American Liberalism offers students a deeper understanding of American Liberalism in the 20th century and the conflict between civil liberties and state welfare. The titles in the Library of American Biography Series make ideal supplements for American History Survey courses or other courses in American history where figures in history are explored. Paperback, brief, and inexpensive, each interpretative biography in this series focuses on a figure whose actions and ideas significantly influenced the course of American history and national life. At the same time, each biography relates the life of its subject to the broader themes and developments of the times. 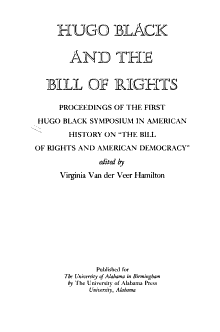 
"Proceedings of the First Hugo Black Symposium in American History on "The Bill of Rights and American Democracy"--T.p. 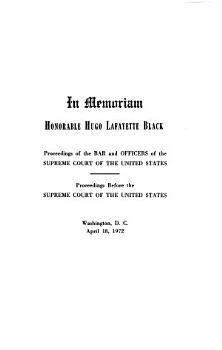 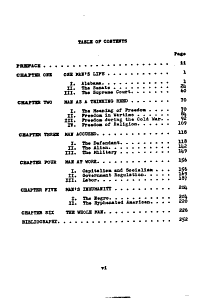 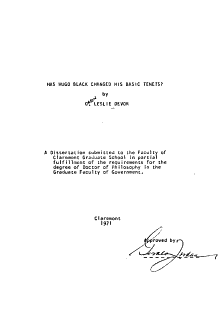