Home/Search Results for "i have seen the future" 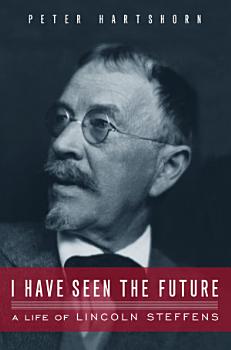 
At the dawn of the twentieth century, Lincoln Steffens, an internationally known and respected political insider, went rogue to work for McClure's Magazine. Credited as the proverbial father of muckraking reporting, Steffens quickly rose to the top of McClure's team of investigative journalists, earning him the attention of many powerful politicians who utilized his knack for tireless probing to battle government corruption and greedy politicians. A mentor of Walter Lippmann, friend of Theodore Roosevelt, and advisor of Woodrow Wilson, Steffens is best known for bringing to light the Mexican Revolution, the 1910 bombing of the Los Angeles Times, and the Versailles peace talks. Now, with print journalism and investigative reporters on the decline, Lincoln Steffens' biography serves as a necessary call to arms for the newspaper industry. Hartshorn's extensive research captures each detail of Steffens' life—from his private letters to friends to his long and colorful career—and delves into the ongoing internal struggle between his personal life and his overpowering devotion to the "cause." 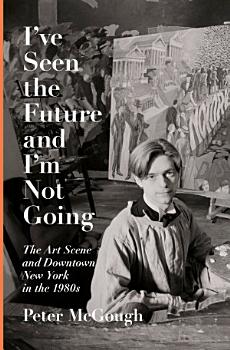 
Brilliantly funny, frank, and shattering, this is the bittersweet memoir by Peter McGough of his life with artist David McDermott. Set in New York’s Lower East Side of the 1980s and mid-1990s, it is also a devastatingly candid look at the extreme naiveté and dysfunction that would destroy both their lives. Escaping the trauma of growing up gay in Syracuse and being bullied at school, McGough attended art school in New York, dropped out, and took out jobs in clubs, where he met McDermott. Dazzled by McDermott, whom he found fascinating and worldly, McGough agreed to collaborate with him not only on their art but also in McDermott’s very entertaining Victorian lifestyle. McGough evokes the rank and seedy East Village of that time, where he encountered Keith Haring, Rene Ricard, Kenny Scharf, Jean-Michel Basquiat, Andy Warhol, and Jacqueline and Julian Schnabel, among many others. Nights were spent at the Ninth Circle, Danceteria, and Studio 54; going to openings at the FUN Gallery; or visiting friends in the Chelsea Hotel. By the mid-1980s, McDermott & McGough were hugely successful, showing at three Whitney Biennials, represented by the best galleries here and abroad, and known for their painting, photography and “time experiment” interiors. Then, overnight, it was all gone. And one day in the mid-1990s, McGough would find that he, like so many of his friends, had been diagnosed with AIDS. I’ve Seen the Future and I’m Not Going is a compelling memoir for our time, told with humor and compassion, about how lives can become completely entwined even in failure and what it costs to reemerge, phoenix-like, and carry on. 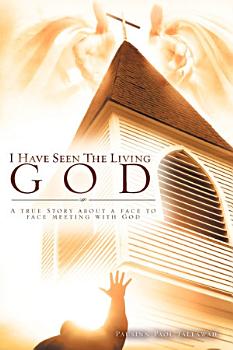 
Pastor Paol believes his greatest accomplishments are his families' altruistic and charitable work. They were able to revamp a high crime area from drugs, prostitution, neighborhood shootings, and jersey barriers. They succeeded in bringing five and half million dollars in low income tax credit to revitalize an historic site. Today he considers himself a priest for those without spiritual guidance to the Lord. God called to do His biding a bare foot little boy from a very small country in the smallest of small towns. A child that never heard of God, Jesus Christ, the Holy Spirit nor was taught the tenants of Christianity. He was ostracized by his mother's family, given up by his mother and abandoned by his father. The love of his father's brother and mother shielded him from desperation and despair. God sent His holy angel to discipline an ignorant blasphemer by force. Then the Lord stepped off His throne to bring someone in darkness into His marvelous light. The Living God introduced Himself as God of all and spoke to Paol face to face, clothed in pristine impenetrable light. The living God confirmed the order of His character as Father, Son, and Holy Spirit then called Pastor Paol to the priesthood. Pastor Paol is a husband, father and grandfather; a man called by God face to face with angels and mankind as witnesses at the tender age of six years old. He is a relative of the former Governor General of Jamaica The Most Honorable Sir. Howard Cooke, a friend of Queen Elizabeth Alexandra Mary II. He is a licensed Judao-Christian Priest. He is trained in biomedical, telecommunication engineering, orthopedics, neurophysiology and mastery in martial science. He owned several businesses, in the arts, retail sales, broker dealer, real estate and legal brokerage. 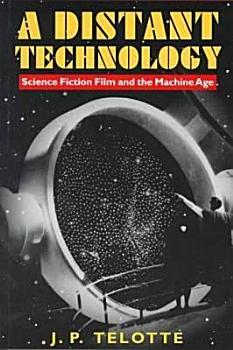 
Science fiction films celebrate and critique the impact of a burgeoning technology on the world's cultural, political, and social milieu. The Machine Age, roughly delineated by the two decades between World Wars, was a watershed period during which modern society entered into an ambiguous embrace with technology that continues today. J. P. Telotte carefully blends film, technology, cultural, and genre studies to illuminate this nearly forgotten era in our cinematic history and to show, through analysis of classics like The Invisible Ray, Metropolis, and Things to Come, how technology played a major role as motif, "actor," and producer. What he also discovers as he ranges among the American, British, Russian, French, and German science fiction cinema — as well as mainstream films, figures, and cultural products such as the New York World's Fair — is a fundamental ambivalence, embedded in the films themselves, about the very machine-age ethos they promoted. Even as advances in the technical apparatus of filmmaking elevated it from mere entertainment to a medium of general communication and genuine artistic expression, Machine Age science fiction films remained curiously distant from and often skeptical of the very machines on which their narratives focus. The resulting tensions, Telotte writes, "thus seem to intersect with those implicit in a Western world that was struggling with its own transition into the modern," rendering the films' task inevitably paradoxical and difficult 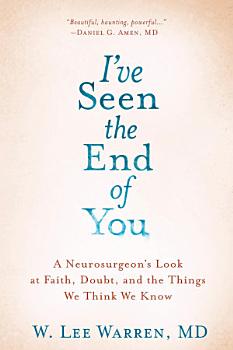 
This gripping inspirational memoir grapples with the tension between faith and science—and between death and hope—as a seasoned neurosurgeon faces insurmountable odds and grief both in the office and at home. “Beautiful, haunting, powerful . . .”—Daniel G. Amen, MD Dr. W. Lee Warren, a practicing brain surgeon, assumed he knew most outcomes for people with glioblastoma, head injuries, and other health-care problems. Yet even as he tried to give patients hope, his own heart would sink as he realized, I've seen the end of you. But it became far more personal when the acclaimed doctor experienced an unimaginable family tragedy. That's when he reached the end of himself. Page-turning medical stories serve as the backdrop for a raw, honest look at how we can remain on solid ground when everything goes wrong and how we can find light in the darkest hours of life. I've Seen the End of You is the rare book that offers tender empathy and tangible hope for those who are suffering. No matter what you're facing, this doesn't have to be the end. Even when nothing seems to makes sense, God can transform your circumstances and your life. And he can offer a new beginning. 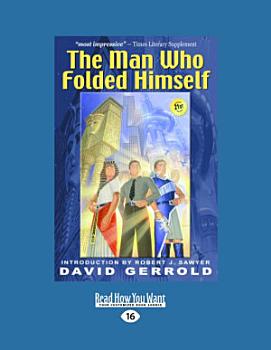 
This classic work of science fiction is widely considered to be the ultimate time-travel novel. When Daniel Eakins inherits a time machine, he soon realizes that he has enormous power to shape the course of history. He can foil terrorists, prevent assassinations, or just make some fast money at the racetrack. And if he doesn't like the results of the change, he can simply go back in time and talk himself out of making it! But Dan soon finds that there are limits to his powers and forces beyond his control. 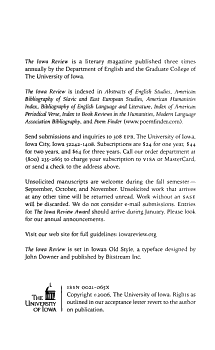 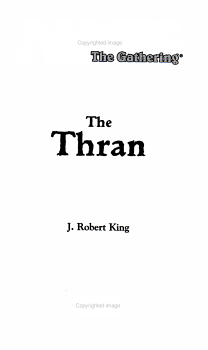 
Before history itself, the plane of Doninaria was ruled by the Thran. They built machines and artifacts, the likes of which have never been seen. But amid all this, a shadow took root, one that would stretch its arms accross space and time. 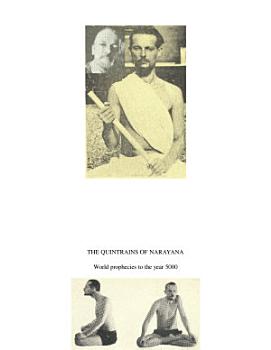 
The story of the future. the age of the new tryants, thirty-year period Of transition, civil wars, and revolutions, will hurt many. And will lead to the deaths of millions. yet that age Shall build the foundations of the everlasting nation; the commonwealth of justice and of untold greatness. 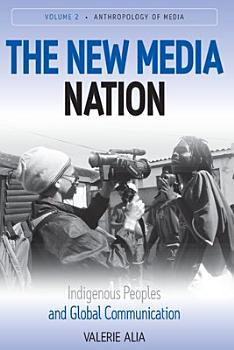 
Around the planet, Indigenous people are using old and new technologies to amplify their voices and broadcast information to a global audience. This is the first portrait of a powerful international movement that looks both inward and outward, helping to preserve ancient languages and cultures while communicating across cultural, political, and geographical boundaries. Based on more than twenty years of research, observation, and work experience in Indigenous journalism, film, music, and visual art, this volume includes specialized studies of Inuit in the circumpolar north, and First Nations peoples in the Yukon and southern Canada and the United States.