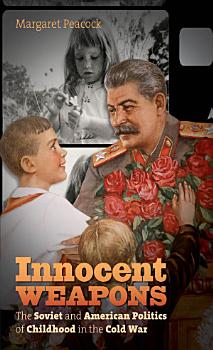 
Innocent Weapons: The Soviet and American Politics of Childhood in the Cold War 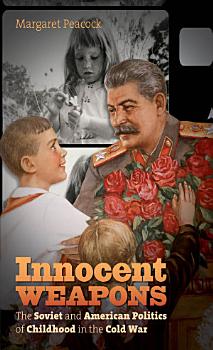 
In the 1950s and 1960s, images of children appeared everywhere, from movies to milk cartons, their smiling faces used to sell everything, including war. In this provocative book, Margaret Peacock offers an original account of how Soviet and American leaders used emotionally charged images of children in an attempt to create popular support for their policies at home and abroad. Groups on either side of the Iron Curtain pushed visions of endangered, abandoned, and segregated children to indict the enemy's state and its policies. Though the Cold War is often characterized as an ideological divide between the capitalist West and the communist East, Peacock demonstrates a deep symmetry in how Soviet and American propagandists mobilized similar images to similar ends, despite their differences. Based on extensive research spanning fourteen archives and three countries, Peacock tells a new story of the Cold War, seeing the conflict not simply as a divide between East and West, but as a struggle between the producers of culture and their target audiences. 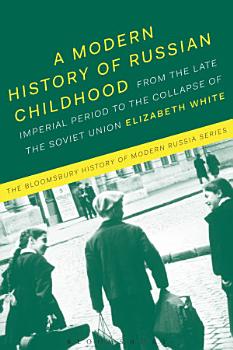 
A Modern History of Russian Childhood examines the changes and continuities in ideas about Russian childhood from the 18th to the 21st century. It looks at how children were thought about and treated in Russian and Soviet culture, as well as how the radical social, political and economic changes across the period affected children. It explains how and why childhood became a key concept both in Late Imperial Russia and in the Soviet Union and looks at similarities and differences to models of childhood elsewhere. Focusing mainly on children in families, telling us much about Russian and Soviet family life in the process, Elizabeth White combines theoretical ideas about childhood with examples of real, lived experiences of children to provide a comprehensive overview of the subject. The book also offers a comprehensive synthesis of a wide range of secondary sources in English and Russian whilst utilizing various textual primary sources as part of the discussion. This book is key reading for anyone wanting to understand the social and cultural history of Russia as well as the history of childhood in the modern world. 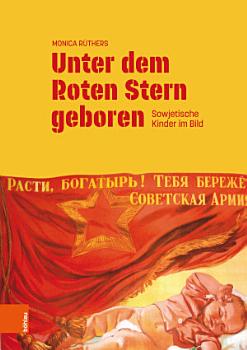 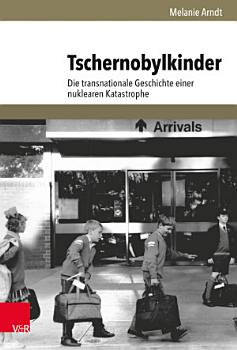 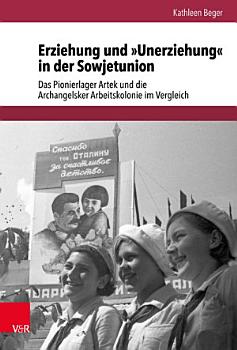 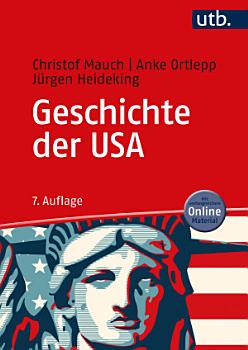 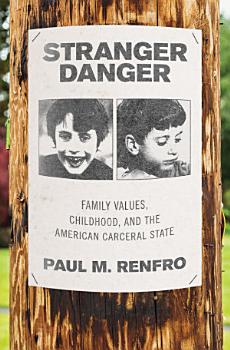 
Beginning with Etan Patz's disappearance in Manhattan in 1979, a spate of high-profile cases of missing and murdered children stoked anxieties about the threats of child kidnapping and exploitation. Publicized through an emerging twenty-four-hour news cycle, these cases supplied evidence of what some commentators dubbed "a national epidemic" of child abductions committed by "strangers." In this book, Paul M. Renfro narrates how the bereaved parents of missing and slain children turned their grief into a mass movement and, alongside journalists and policymakers from both major political parties, propelled a moral panic. Leveraging larger cultural fears concerning familial and national decline, these child safety crusaders warned Americans of a supposedly widespread and worsening child kidnapping threat, erroneously claiming that as many as fifty thousand American children fell victim to stranger abductions annually. The actual figure was (and remains) between one hundred and three hundred, and kidnappings perpetrated by family members and acquaintances occur far more frequently. Yet such exaggerated statistics-and the emotionally resonant images and narratives deployed behind them-led to the creation of new legal and cultural instruments designed to keep children safe and to punish the "strangers" who ostensibly wished them harm. Ranging from extensive child fingerprinting drives to the milk carton campaign, from the AMBER Alerts that periodically rattle Americans' smart phones to the nation's sprawling system of sex offender registration, these instruments have widened the reach of the carceral state and intensified surveillance practices focused on children. Stranger Danger reveals the transformative power of this moral panic on American politics and culture, showing how ideas and images of endangered childhood helped build a more punitive American state. 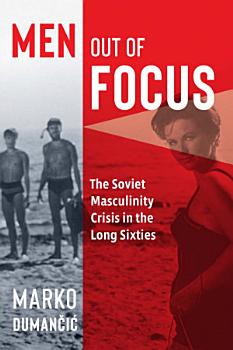 
"Men Out of Focus charts conversations and polemics about masculinity in Soviet cinema and popular media during the liberal period--often described as "The Thaw"--between the death of Stalin in 1953 and the invasion of Czechoslovakia in 1968. The book shows how the filmmakers of the long 1960s built stories around male protagonists who felt disoriented by a world that was becoming increasingly suburbanized, rebellious, consumerist, household-oriented, and scientifically complex. The dramatic tension of 1960s cinema revolved around the male protagonists' inability to navigate the challenges of postwar life. Selling over three billion tickets annually, the Soviet film industry became a fault line of postwar cultural contestation. By examining both the discussions surrounding the period's most controversial movies as well as the cultural context in which these debates happened, the book captures the official and popular reactions to the dizzying transformations of Soviet society after Stalin."-- 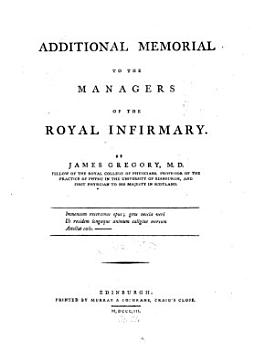 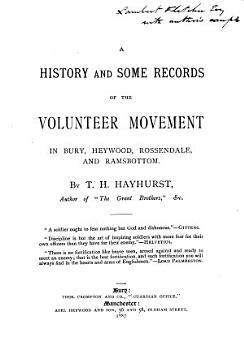 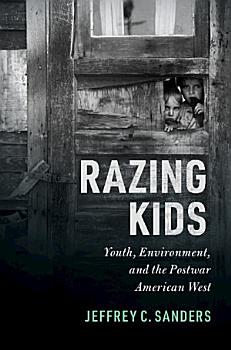 
Children are the future. Or so we like to tell ourselves. In the wake of the Second World War, Americans took this notion to heart. Confronted by both unprecedented risks and unprecedented opportunities, they elevated and perhaps exaggerated the significance of children for the survival of the human race. Razing Kids analyzes the relationship between the postwar demographic explosion and the birth of postwar ecology. In the American West, especially, workers, policymakers, and reformers interwove hopes for youth, environment, and the future. They linked their anxieties over children to their fears of environmental risk as they debated the architecture of wartime playgrounds, planned housing developments and the impact of radioactive particles released from distant hinterlands. They obsessed over how riot-riddled cities, War on Poverty era rural work camps and pesticide-laden agricultural valleys would affect children. Nervous about the world they were making, their hopes and fears reshaped postwar debates about what constituted the social and environmental good. 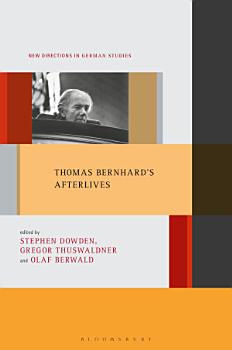 
In his prose fiction, memoirs, poetry, and drama, Thomas Bernhard (1931-1989)--one of the 20th century's most uniquely gifted writers--created a new and radical style, seemingly out of thin air. His books never “tell a story” in the received sense. Instead, he rages on the page, he rants and spews vitriol about the moral failures of his homeland, Austria, in the long amnesiac aftermath of the Second World War. Yet this furious prose, seemingly shapeless but composed with unparalleled musicality, and taxing by conventional standards, has been powerfully echoed in many writers since Bernhard's death in 1989. These explorers have found in Bernhard's singular accomplishment new paths for the expression of life and truth. Thomas Bernhard's Afterlives examines the international mobilization of Bernhard's style. Writers in Italian, German, Spanish, Hungarian, English, and French have succeeded in making Bernhard's Austrian vision an international vision. This book tells that story. 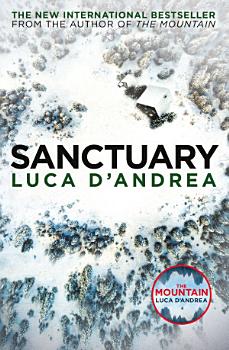 
THE NEW AWARD-WINNING INTERNATIONAL BESTSELLER BY THE AUTHOR OF THE MOUNTAIN "Can be compared (with no fear of hyperbole) to Stephen King and Jo Nesbø" - Massimo Vincenz, La Repubblica. "D'Andrea piles on the action and the atmosphere with the panache of a seasoned writer" Marcel Berlins, The Times. Marlene Wegener is on the run. She has stolen something from her husband, something priceless, irreplaceable. But she doesn't get very far. When her car veers off a bleak midwinter road she takes refuge in the remote home of Simon Keller, a tough mountain man who lives alone with his demons. Here in her high mountain sanctuary, she begins to rekindle a sense of herself: tough, capable, no longer the trophy on a gangster's arm. But Herr Wegener does not know how to forgive, and in his rage he makes a pact with the devil. The Trusted Man. He cannot be called off, he cannot be reasoned with and one way or another he will get the job done. Unless, of course, he's beaten to it . . . Translated from the Italian by Howard Curtis and Katherine Gregor