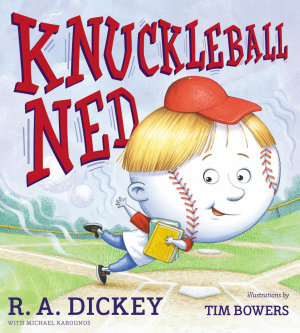 
Cy Young award winner R.A. Dickey creates a funny anti-bullying picture book with an adorable baseball character that kids will love Ned the baseball is very nervous on his first day of school. Everyone else seems to know where they belong, but not Ned. He isn't a fastball or a slider, and the Foul Ball gang makes fun of him for the way he wobbles. When they do something particularly dastardly to another student, it's up to Ned to come to the rescue with his unique abilities. Not only does Ned realize he's a knuckleball, but he discovers that he can be a hero, too! 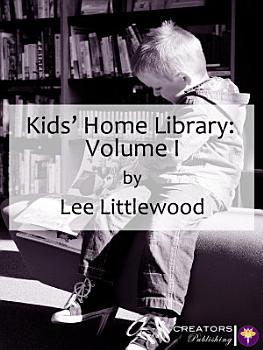 
Lee Littlewood is a nationally syndicated columnist for Creators Syndicate. This is a collection of the very best of Kids’ Home Library from 2014. 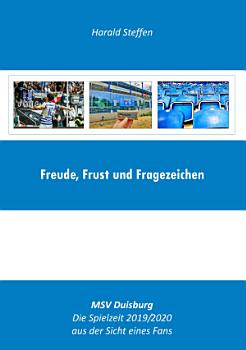 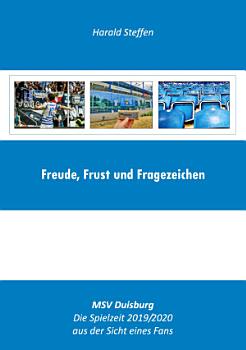 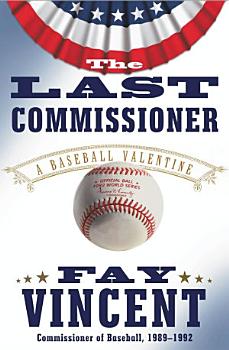 
On a beautiful July morning in 1991, three men gathered in a hotel suite for an informal breakfast and conversation. The discussion ranged widely over events and characters of the past, famous names and fabled accomplishments flowing along with the coffee and juice. Two of them, Ted Williams and Joe DiMaggio, were the ultimate symbols of athletic glory for generations of American men. The third man, Fay Vincent, was living a dream, sitting with and asking questions of his boyhood heroes. Fay Vincent never set out to be the commissioner of baseball. He got into the game alongside his good friend A. Bartlett Giamatti, as deputy commissioner, when Giamatti was named to the sport's highest office in 1989. They spent their first spring and summer dealing with Pete Rose's gambling, and Vincent's legal expertise complemented his friend's moral thunder. But that was to be their only season working side by side, as Bart Giamatti's heart gave out just days after the announcement of the Rose suspension. Vincent found himself the only logical candidate to fill a position as guardian of the best interests of the game he loves. In The Last Commissioner: A Baseball Valentine, Vincent takes us along for the ultimate fan's fantasy camp. As commissioner, he got to talk baseball with the likes of Yogi Berra, Larry Doby, Warren Spahn, Ernie Banks, Eddie Lopat, Whitey Ford, and Henry Aaron. He brought his legal training to bear on the delicate issue of whether Roger Clemens uttered the magic word that would justify his being tossed out of a playoff game (and it's not the word you think). He was one of the few outsiders at the annual Hall of Fame banquet for the new inductees and their immortal peers, where he watched, amazed, as Johnny Mize demonstrated to Ralph Kiner his method of hitting an inside pitch -- a piece of advice from forty years past. And he brought equal respect and attention to the greats of the Negro Leagues, listening to the gracefully told stories of Joe Black and Buck O'Neil, slowly learning how Slick Surratt earned his nickname, hearing Jimmie Crutchfield give as good a definition of a well-lived life as we will ever know. Vincent shares these stories and more: his high regard for umpires, instilled in his youth by his father, an NFL official and respected local ump; his close relations with the Bush family, forged in a summer spent working in the oil fields with his schoolmate Bucky Bush, the 41st president's brother (and 43rd president's uncle); his unusual experiences with the relentless George Steinbrenner, including the famous meeting where the Yankees owner was facing a two-year suspension and plea-bargained it down to a lifetime ban. Vincent also gives his candid views on the state of baseball today, firm in his belief that the game will survive its current leadership and even prosper. Through it all, Vincent's deep love of baseball shines through. His most remarkable accomplishment as commissioner may have been to emerge from the office with his fandom intact. The Last Commissioner is truly a valentine to the game, written with the insight and vision that comes from the lofty perch of the ultimate front-row seat. 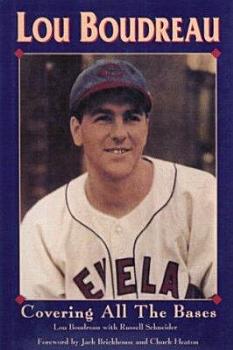 
"Lou Boudreau: Covering All the Bases" is the personal history of one of the 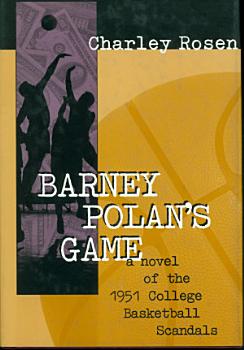 
Tells the story of how the best college basketball players of the early 1950s adjusted the outcome of the games they played in exchange for money from gamblers and, in doing so, ended up becoming part of a nationwide scandal. Tour. IP. 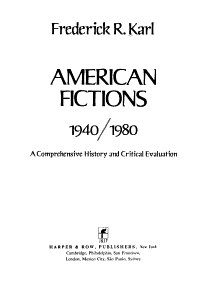 
This comprehensive, critical analysis of American novels of the past four decades interprets and evaluates a wide range of writers and works of what Karl views as the first sustained period of "American Modernism" 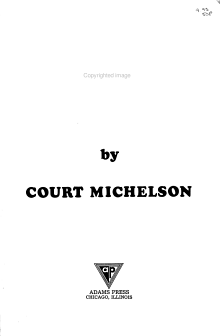 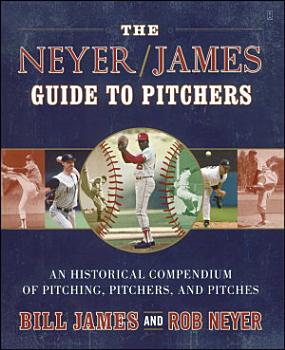 
Pitchers, the pitches they throw, and how they throw them -- these days it's the stuff of constant scrutiny, but there's never been anything like a comprehensive source for such information. That's what preeminent baseball analyst Bill James and ESPN.com baseball columnist Rob Neyer realized over lunch more than a dozen years ago. Since then, they've been compiling the centerpiece of this book, the "Pitcher Census," which lists specific information for nearly two thousand pitchers, ranging throughout the history of professional baseball. The Guide also offers: A "dictionary" describing virtually every known pitch The origins and development of baseball's most important pitches Top ten lists: best fastballs, best spitballs, and everything in between Biographies of some of the great pitchers who have been overlooked More knuckleballers and submariners than you ever thought existed An open debate concerning pitcher abuse and durability A formula for predicting the Cy Young Award winner Something fresh and new: Bill James' "Pitcher Codes" The Neyer/James Guide to Pitchers is about understanding pitchers, and baseball's action always starts with the pitchers. It's also about entertaining debates and having a great deal of fun with the history of a game that obsesses so many. 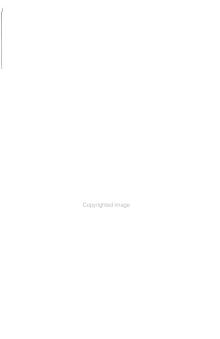 
Cartwright is determined to discover why someone would wish to have DiGorro's innocent cinema verité film destroyed, searching through a host of clues that lie scattered from London, Stonehenge, and Corsica to New York. Reprint. 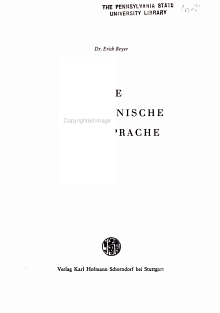 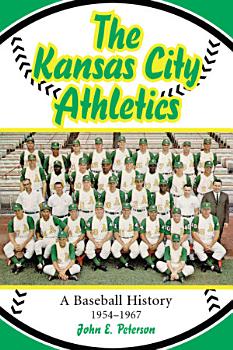 
The Athletics spent thirteen seasons in Kansas City before moving to Oakland--a colorful history despite one of the worst records in baseball history. Even so, many of the players who were part of the world championship teams in Oakland in the 1970s began their careers in Kansas City. This work presents the relatively short history of the Kansas City franchise from 1954, when Arnold Johnson purchased the Philadelphia Athletics and moved the team to Kansas City because of the financial benefits the city provided, to 1967, when Charles Finley moved the team to Oakland (after unsuccessful attempts to move it to Dallas, Atlanta, Louisville, Milwaukee and Seattle). In the 1950s, the team was called "a Yankee farm team" because of the numerous trades with the Yankees that favored the latter. The author re-evaluates these trades and concludes that they were not as one-sided as previously thought and really did benefit the team. The author also carefully considers Charles Finley's intentions to keep the team in Kansas City and his reasons for having to move them to Oakland. 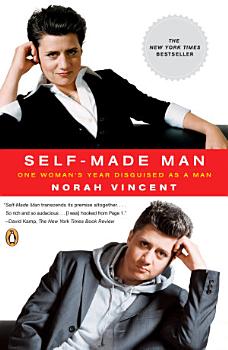 
A journalist’s provocative and spellbinding account of her eighteen months spent disguised as a man. Norah Vincent became an instant media sensation with the publication of Self-Made Man, her take on just how hard it is to be a man, even in a man’s world. Following in the tradition of John Howard Griffin (Black Like Me), Vincent spent a year and a half disguised as her male alter ego, Ned, exploring what men are like when women aren’t around. As Ned, she joined a bowling team, took a high-octane sales job, went on dates with women (and men), visited strip clubs, and even managed to infiltrate a monastery and a men’s therapy group. At once thought-provoking and pure fun to read, Self-Made Man is a sympathetic and thrilling tour de force of immersion journalism. 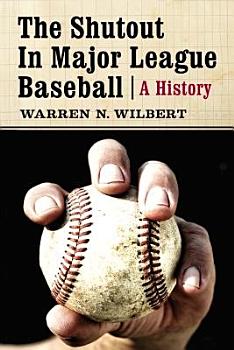 
The shutout--a game in which a team prevents its opponent from scoring--remains relatively rare. Of the roughly 200,000 regular season games that have been played since the origins of the major leagues, only about 10 percent have been shutouts. Gold Glove defense, astonishing pitching talent, and the combined efforts of a team working toward baseball artistry must all come together. This work covers every shutout from the beginning of professional baseball through the 2010 World Series, including no-hitters and perfect games. With in-depth statistics and play-by-play descriptions to bring to life the action on the field, it is the definitive history of one of baseball's premier achievements. 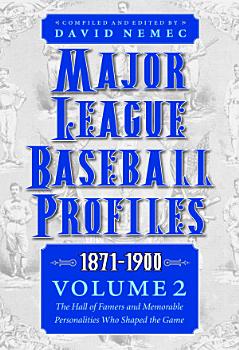 
"The business of baseball and player transactions by David Ball"-- t.p. 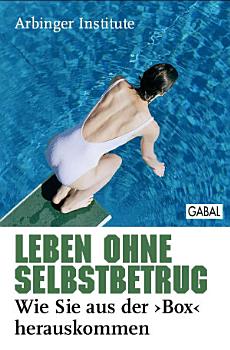 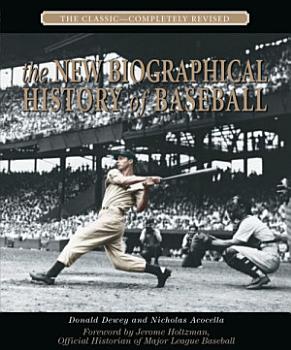 
In a special collector's edition format, this revised edition of The New Biographical History of Baseball presents updated statistical research to create the most accurate picture possible of the on-field accomplishments of players from earlier eras. It offers original summaries of the personalities and contributions of over 1,500 players, managers, owners, front office executives, journalists, and ordinary fans who developed the great American game into a national pastime. Each individual included has had an impact on the sport as mass entertainment or as a cultural phenomenon, and as an athletic art or a business enterprise. Also included are first-time entries on players like Sammy Sosa and Albert Belle, and expanded entries for such players as Mark McGwire and Barry Bonds. This special resource for fans of baseball reflects the breakout talent and enduring fan favorites from all eras of the historic game. 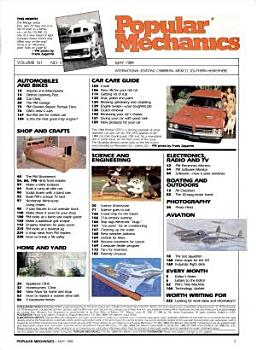 
Popular Mechanics inspires, instructs and influences readers to help them master the modern world. Whether it’s practical DIY home-improvement tips, gadgets and digital technology, information on the newest cars or the latest breakthroughs in science -- PM is the ultimate guide to our high-tech lifestyle. 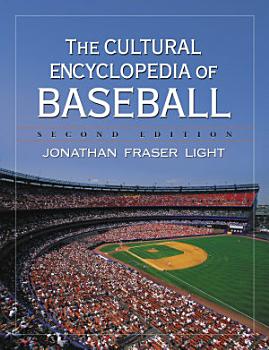 
More than any other sport, baseball has developed its own niche in America’s culture and psyche. Some researchers spend years on detailed statistical analyses of minute parts of the game, while others wax poetic about its players and plays. Many trace the beginnings of the civil rights movement in part to the Major Leagues’ decision to integrate, and the words and phrases of the game (for example, pinch-hitter and out in left field) have become common in our everyday language. From AARON, HENRY onward, this book covers all of what might be called the cultural aspects of baseball (as opposed to the number-rich statistical information so widely available elsewhere). Biographical sketches of all Hall of Fame players, owners, executives and umpires, as well as many of the sportswriters and broadcasters who have won the Spink and Frick awards, join entries for teams, owners, commissioners and league presidents. Advertising, agents, drafts, illegal substances, minor leagues, oldest players, perfect games, retired uniform numbers, superstitions, tripleheaders, and youngest players are among the thousands of entries herein. Most entries open with a topical quote and conclude with a brief bibliography of sources for further research. The whole work is exhaustively indexed and includes 119 photographs.