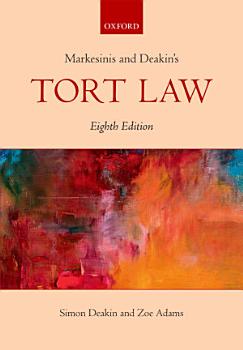 
Now in its eighth edition Markesinis and Deakin's Tort Law provides a general overview of the law and full discussion of the academic debates on all major topics, highlighting the relationship between the common law, legislation, and judicial policy. In addition, the authors provide a variety of comparative and economic perspectives on the law of tort and its likely development, always placing the subject in its socio-economic context thereby giving students a deeper and richer understanding of tort law. This detailed and authoritative book offers teachers a wide range of topics to cover, while providing students with a text which is both descriptive and reflective of this branch of law.


Markesinis and Deakin's Tort Law is an authoritative, analytical, and well-established textbook, reaching its sixth edition in the space of twenty years. It provides a general overview of the law and full discussion of the academic debates on all major topics, highlighting the relationshipbetween the common law, legislation, and judicial policy as well as the new European influences emanating from Luxembourg and Strasbourg. In addition, the authors provide a variety of comparative and economic perspectives on the law of tort and its likely development, always placing the subject inits socio-economic context thus giving students a deeper and richer understanding of tort law. Written by leading authorities on tort law, this detailed book offers teachers a wide range of topics to cover in their teaching while offering students a text which is both descriptive and reflective of this branch of law. A bibliography and rich footnotes provide interested readers with furtherreferences. 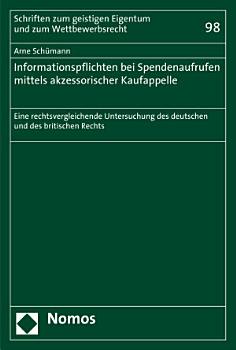 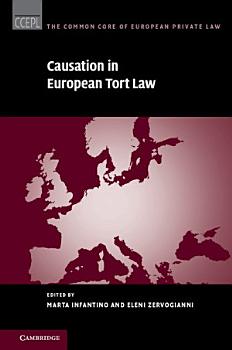 
Through a comprehensive analysis of sixteen European legal systems, based on an assessment of national answers to a factual questionnaire, Causation in European Tort Law sheds light on the operative rules applied in each jurisdiction to factual and legal causation problems. It highlights how legal systems' features impact on the practical role that causation is called upon to play, as well as the arguments of professional lawyers. Issues covered include the conditions under which a causal link can be established, rules on contribution and apportionment, the treatment of supervening, alternative and uncertain causes, the understanding of loss-of-a-chance cases, and the standard and the burden of proving causation. This is a book for scholars, students and legal professionals alike. 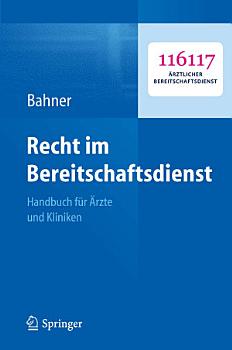 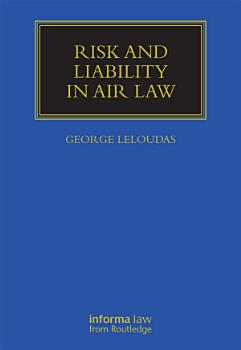 
This book is the first attempt to analyse the relevant international conventions governing the liability of airlines to passengers and third parties on the ground from a risk perspective. The book analyses the transformation of the notion of risk over time and identifies the ways and the extent to which social perceptions have influenced the liability of airlines in the aftermath of safety accidents (Warsaw Convention System, Montreal Convention, Rome Convention, and New General Risks Convention) and terrorism related incidents (New Unlawful Interference Convention). 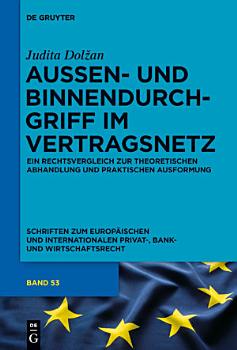 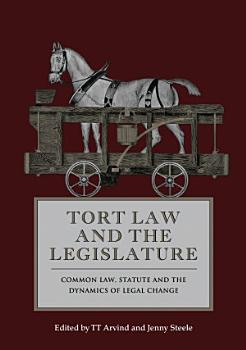 
The study of the law of tort is generally preoccupied by case law, while the fundamental impact of legislation is often overlooked. At a jurisprudential level there is an unspoken view that legislation is generally piecemeal and at best self-contained and specific; at worst dependent on the whim of political views at a particular time. With a different starting point, this volume seeks to test such notions, illustrating, among other things, the widespread and lasting influence of legislation on the shape and principles of the law of tort; the variety of forms of legislation and the complex nature of political and policy concerns that may lie behind their enactment; the sometimes unexpected consequences of statutory reform; and the integration not only of statutory rules but also of legislative policy into the operation of tort law today. The apparently sharp distinction between judicially created private law principles, and democratically enacted legislative rules and policies, is therefore questioned, and it is argued that to describe the principles of the law of tort without referring to statute is potentially highly misleading. This book shows that legislation is important not only because of the way it varies or replaces case law, but because it also deeply influences the intrinsic character of that law, providing some of its most familiar characteristics. The book provides the first extended interpretation of legislative intervention in the law of tort. Each of the chapters, by leading tort scholars, deals with an aspect of the influence of legislation on the law of tort. While the nature, sources and extent of legislative influence in personal injury law is an essential feature of the collection, other significant areas of tort law are explored, including tort in the context of commercial law, labour law, regulation and the welfare state. Essays on the Compensation Act 2006 and Human Rights Act 1998 bring the current state of the interplay between tort, politics and legislation to the forefront. In all of these contexts, contributors explore the deeper lessons that can be learned about the nature of the law of tort and its changing role and functions over time. Cited with approval in the Singapore Court of Appeal by VK Rajah JA in See Toh Siew Kee vs Ho Ah Lam Ferrocement (Pte) Ltd and others, [2013] SGCA 29 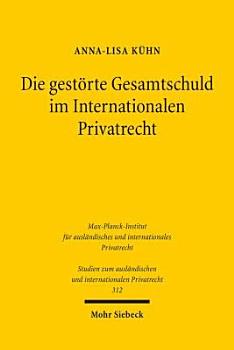 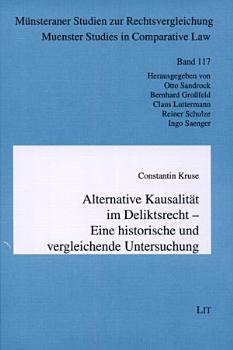 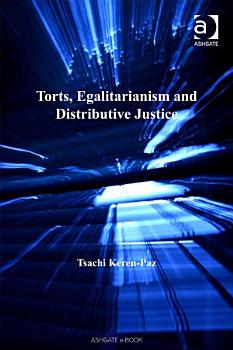 
This book argues, from a normative perspective, for the incorporation of an egalitarian sensitivity into tort law, and more generally, into private law. It shows how an egalitarian sensitivity can reformulate tort doctrine, with an emphasis on the tort of negligence. Rather than a comprehensive descriptive account of existing tort law, this book pro-actively searches for new approaches and conceptual tools to meet the challenges faced by egalitarians. The understanding of tort law offered in this book will bring about better practical results in specific cases. It supports the progressive troops in the ongoing philosophical and social battles that take place in the field of tort law and also adds another voice - rich, nuanced and sensitive - to the chorus that is tort theory. 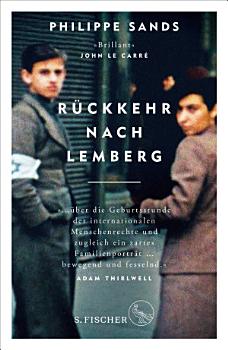 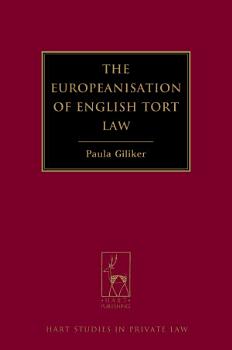 
Tort law is often regarded as the clearest example of traditional common law reasoning. Yet, in the past 40 years, the common law of England and Wales has been subject to European influences as a result of the introduction of the European Communities Act 1972 and, more recently, the implementation of the Human Rights Act 1998 in October 2000. EU Directives have led to changes to the law relating to product liability, health and safety in the workplace, and defamation, while Francovich liability introduces a new tort imposing State liability for breach of EU law. The 1998 Act has led to developments in privacy law and made the courts reconsider their approach to public authority liability and freedom of expression in defamation law. This book explores how English tort law has changed as a result of Europeanisation - broadly defined as the influence of European Union and European human rights law. It also analyses how this influence has impacted on traditional common law reasoning. Has Europeanisation led to changes to the common law legal tradition or has the latter proved more resistant to change than might have been expected? 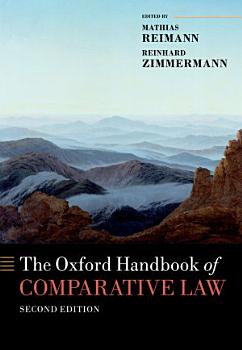 
This fully revised and updated second edition of The Oxford Handbook of Comparative Law provides a wide-ranging and diverse critical survey of comparative law at the beginning of the twenty-first century. It summarizes and evaluates a discipline that is time-honoured but not easily understood in all its dimensions. In the current era of globalization, this discipline is more relevant than ever, both on the academic and on the practical level. The Handbook is divided into three main sections. Section I surveys how comparative law has developed and where it stands today in various parts of the world. This includes not only traditional model jurisdictions, such as France, Germany, and the United States, but also other regions like Eastern Europe, East Asia, and Latin America. Section II then discusses the major approaches to comparative law - its methods, goals, and its relationship with other fields, such as legal history, economics, and linguistics. Finally, section III deals with the status of comparative studies in over a dozen subject matter areas, including the major categories of private, economic, public, and criminal law. The Handbook contains forty-eight chapters written by experts from around the world. The aim of each chapter is to provide an accessible, original, and critical account of the current state of comparative law in its respective area which will help to shape the agenda in the years to come. Each chapter also includes a short bibliography referencing the definitive works in the field. 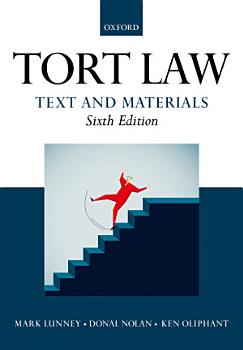 
The sixth edition of this market-leading tort law text provides a complete, authoritative guide to the subject. It combines clear overviews of the law with extracts from cases and materials supported by insightful commentary.