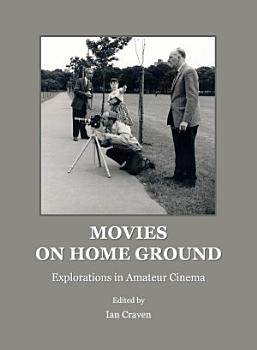 
Movies on Home Ground: Explorations in Amateur Cinema offers a critical response to the still under-explored mode of amateur cinema, as a particular sphere of British film practice. Concentrating upon a roughly fifty-year period (1930–1980), during which such filmmaking grew rapidly as a significant leisure activity in Britain, the volume shows how popular ‘cine’ assumed distinctive institutional and ideological forms, and some remarkable aesthetic emphases, grounded in consistent technical and critical apparatuses. Although an outline history of such filmmaking is certainly implicit, the priority of Movies On Home Ground is to offer a series of overlapping perspectives on amateur movie-making, with a view to locating such filmmaking as a component of the broader shape of British film culture. Emphasis is thus given to institutional contexts, technical determinants, and the social formations of practising filmmakers, as well as to concerns with the construction of amateur outlooks, understandings of amateur aesthetics, and the remarkable diversity of amateur genericity. The anthology thus supplies a text offering support to study courses dealing with the many varieties of non-professional participation best understood as truly ‘amateur’, rather than as ‘independent’ or ‘alternative’ filmmaking. By granting the amateur a place within the acknowledged range of significant interventions, the recognised canon of British filmmaking is widened in fascinating new directions. 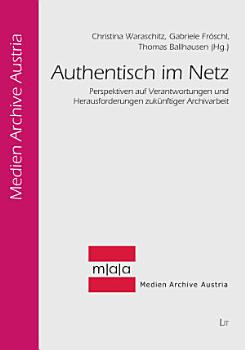 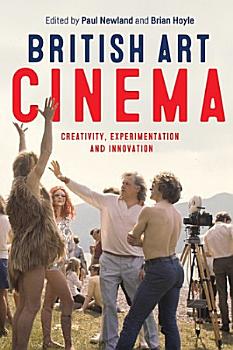 
This is the first book to provide a direct and comprehensive account of British art cinema. Film history has tended to view British filmmakers as aesthetically conservative, but the truth is they have a long tradition of experiment and artistry, both within and beyond the mainstream. Beginning with the silent period and running up to the 2010s, the book draws attention to this tradition while acknowledging that art cinema in Britain is a complex and fluid concept that needs to be considered within broader concerns. It will be of particular interest to scholars and students of British cinema history, film genre, experimental filmmaking, and British cultural history. 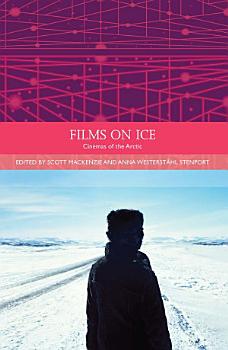 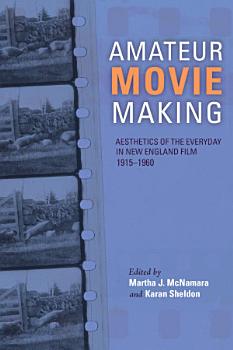 
A compelling regional and historical study that transforms our understanding of film history, Amateur Movie Making demonstrates how amateur films and home movies stand as testaments to the creative lives of ordinary people, enriching our experience of art and the everyday. Here we encounter the lyrical and visually expressive qualities of films produced in New England between 1915 and 1960 and held in the collections of Northeast Historic Film, a moving image repository and study center that was established to collect, preserve, and interpret the audiovisual record of northern New England. Contributors from diverse backgrounds examine the visual aesthetics of these films while placing them in their social, political, and historical contexts. Each discussion is enhanced by technical notes and the analyses are also juxtaposed with personal reflections by artists who have close connections to particular amateur filmmakers. These reflections reanimate the original private contexts of the home movies before they were recast as objects of study and artifacts of public history. 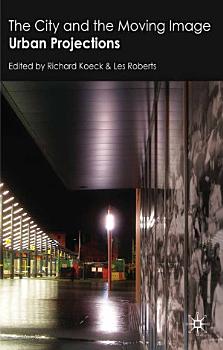 
This edited collection explores the relationship between urban space, architecture and the moving image. Drawing on interdisciplinary approaches to film and moving image practices, the book explores the recent developments in research on film and urban landscapes, pointing towards new theoretical and methodological frameworks for discussion.


'Small-Gauge Storytelling' pioneers new approaches to amateur film practice, the imaginative horizons of its surrounding `social world', and the distinctive forms and aesthetics favoured by the non-professional maker of movie dramas, comedies and thrillers. 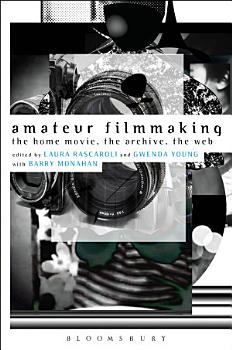 
With the advent of digital filmmaking and critical recognition of the relevance of self expression, first-person narratives, and personal practices of memorialization, interest in the amateur moving image has never been stronger. Bringing together key scholars in the field, and revealing the rich variety of amateur filmmaking-from home movies of Imperial India and film diaries of life in contemporary China, to the work of leading auteurs such as Joseph Morder and Péter Forgács-Amateur Filmmaking highlights the importance of amateur cinema as a core object of critical interest across an array of disciplines. With contributions on the role of the archive, on YouTube, and on the impact of new technologies on amateur filmmaking, these essays offer the first comprehensive examination of this growing field. 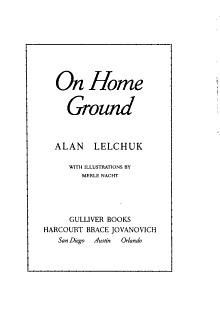 
Set in Brooklyn in the wake of World War II, and in the shadow of Ebbets Field, a young boy is confronted with an emotional tangle of choices that involve baseball, friendship, and family. 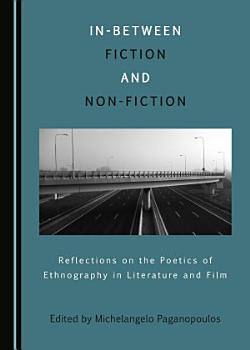 
This volume invites the reader to join in with the recent focus on subjectivity and self-reflection, as the means of understanding and engaging with the social and historical changes in the world through storytelling. It examines the symbiosis between anthropology and fiction, on the one hand, by looking at various ways in which the two fields co-emerge in a fruitful manner, and, on the other, by re-examining their political, aesthetic, and social relevance to world history. Following the intellectual crisis of the 1970s, anthropology has been criticized for losing its ethnographic authority and vocation. However, as a consequence of this, ethnographic scope has opened towards more subjective and self-reflexive forms of knowledge and representations, such as the crossing of the boundaries between autobiography and ethnography. The collection of essays re-introduces the importance of authorship in relationship to readership, making a ground-breaking move towards the study of fictional texts and images as cultural, sociological, and political reflections of the time and place in which they were produced. In this way, the contributors here contribute to the widening of the ethnographic scope of contemporary anthropology. A number of the chapters were presented as papers in two conferences organised by the Association of Social Anthropologists of the UK and Commonwealth at Jawaharlal Nehru University, New Delhi, entitled “Arts and aesthetics in a globalising world” (2012), and at the University of Exeter, entitled “Symbiotic Anthropologies” (2015). Each chapter offers a unique method of working in the grey area between and beyond the categories of fiction and non-fiction, while creatively reflecting upon current methodological, ethical, and theoretical issues, in anthropology and cultural studies. This is an important book for undergraduate and post-graduate students of anthropology, cultural and media studies, art theory, and creative writing, as well as academic researchers in these fields.