Home/Search Results for "over there" 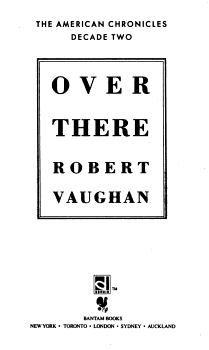 
The life and loves of Lady Lucinda Chetwynd-Dunleigh, a survivor of the sinking of the Titanic, are set against the backdrop of a history that spans from the 1912 ocean disaster, through revolution in Russia, to the beginning of World War I. Original. 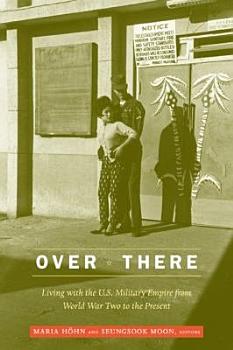 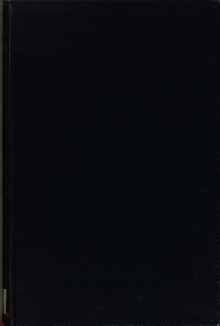 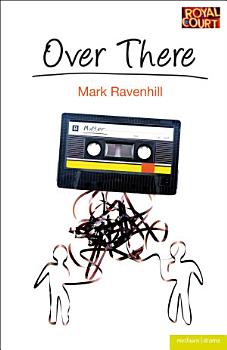 
A programme text edition published to coincide with the world premiere at the Royal Court Theatre, London, on 25 February 2009 "I found you. You're here. And I was over there. But now I'm over here. I'm here. You're my brother. I love you" When Franz's mother escaped to the West with one of her identical twin boys, she left the other behind. Now, 25 years later, Karl crosses the border in search of his other half. As history takes an unexpected turn, the brothers must struggle to reconnect. Mark Ravenhill's visceral new play examines the hungers released when two countries, separated by a common language, meet again. 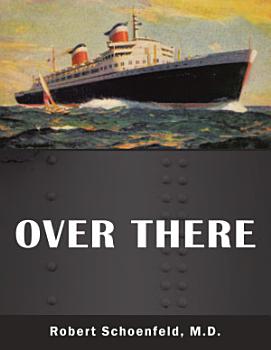 
This is an unusual and fascinating journey taken by Doctor Robert Schoenfeld to obtain his medical degree in the mid and latter part of the 1950s. In pursuit of his goals, he found himself facing difficult and seemingly impossible obstacles. The story follows Bob from his last year at College, through medical school in Europe and then to his return to Switzerland as Doctor Robert Schoenfeld, decades later. It describes in detail, all the ups and downs during his almost six years as a medical student. He has included many photographs of events and places that are described in the text, which gives the reader a better understanding of his adventures, as well as the magnificent and enthralling scenery that surrounded him during his exciting years abroad. As a college student, if Bob were asked if he could go to a foreign medical school, live in a land where the languages were unfamiliar, where the medical courses were given in either French or German, (which he could neither speak nor understand) and all examinations were oral and yet graduate on time with his doctorate, he would undoubtedly say, youre crazy, it cant be done! Take the trip with Doctor Schoenfeld, and read about the problems he encountered. Enjoy the laughs, and discover the drama, romance, and also the despair, that almost drove him to leave and to what actually made him stay and finally persevere. Go, Over There, and read this very colorful and captivating true human interest story. Doctor Schoenfeld founded and ran a successful group practice on Long Island for the past forty years, and has only recently been semi-retired. He maintains a strong interest in photography and has had two successful photographic exhibits in one of New York Citys most prestigious art galleries, The National Art Club, in Gramercy Park. He married Ursula his Swiss Miss and has three children and four grandchildren, and yes, it all began with a voyage to, Over There 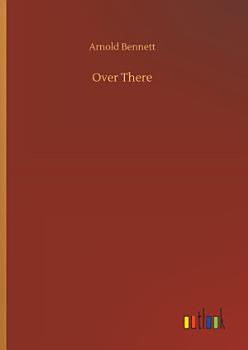 
Reproduction of the original: Over There by Arnold Bennett 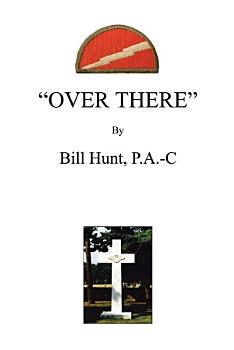 
In his first published work, Bill Hunt has actually produced a multitude of stories in one book. As the reader progresses through the four short stories narrated by the Grandson of George Hunt, the main character, the readers will find themselves thinking, “Huh, did I miss something?” About half way through that will change to a “Hmmm.” The main story involves the backgrounds and interactions of four individuals who end up together in the Argonne Forest during World War I. The final story is the Grandsons’, and his turn to serve, fifty years later in the “Disneyland of Southeast Asia.” 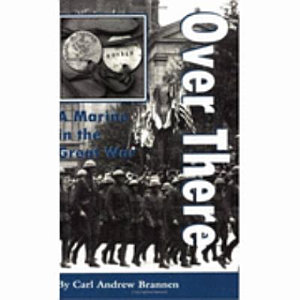 
"When America declared war in 1917, I was a few months past eighteen years of age and just finishing my first year in college. By the time I was to reenter in the fall for the second year, war activities were [under way] on a large scale. Men were going into some branch of the service on all sides. I felt that my family should do their bit in uniform, and my age designated me as the most appropriate one." This Texas A&M College student was Carl Andrew Brannen; these are his memoirs of a time when boys became men and your country became your life. Over There: A Marine in the Great War takes the reader on an almost two-year journey through his world as a young soldier in the war. Based on Brannen's memoirs recorded in the 1930s and photographs he took with a German camera as a soldier, this book describes day-to-day obstacles he and his fellow soldiers faced during Marine Corps training, movement to France, and mortal combat. "As I jumped for protection into a ditch nearby, a fusillade of bullets caught me below the heart on the left side, through one lens of the field glasses, and against my bandoleer of ammunition. The best I remember, ten bullets in my own belt exploded, but they had deflected the enemy bullets, saving my life." Brannen, though wounded in battle and in the hospital for three weeks, went on with 80th Company through the Meuse-Argonne campaign to the armistice on November 11. He pulled his months of duty in the occupation of the Rhineland and, at its end, earned a place in the Composite Regiment of men selected to represent the American Expeditionary Forces in the many ceremonial events of 1919. Complemented with a unique set of photographs by the author's son that retrace his father's military campaigns, Over There is a highly personal account, presented from an enlisted man's perspective of the battle fronts of Belleau Woods in the Château-Thierry sector, Soissons, Pont-a-Mousson, St. Mihiel, Blanc Mont Ridge, and the Meuse-Argonne battle. As a first hand commentary and a social document of life in the trenches during World War I, it is a useful contribution to military history. Brannen's personal accounts will touch and fascinate all those interested in World War I. 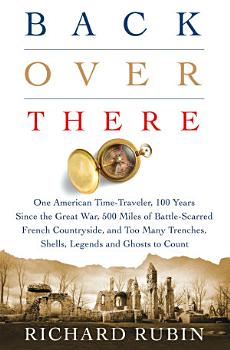 
In The Last of the Doughboys, Richard Rubin introduced readers to a forgotten generation of Americans: the men and women who fought and won the First World War. Interviewing the war’s last survivors face-to-face, he knew well the importance of being present if you want to get the real story. But he soon came to realize that to get the whole story, he had to go Over There, too. So he did, and discovered that while most Americans regard that war as dead and gone, to the French, who still live among its ruins and memories, it remains very much alive. Years later, with the centennial of the war only magnifying this paradox, Rubin decided to go back Over There to see if he could, at last, resolve it. For months he followed the trail of the American Expeditionary Forces on the Western Front, finding trenches, tunnels, bunkers, century-old graffiti and ubiquitous artifacts. But he also found an abiding fondness for America and Americans, and a colorful corps of local after-hours historians and archeologists who tirelessly explore these sites and preserve the memories they embody while patiently waiting for Americans to return and reclaim their own history and heritage. None of whom seemed to mind that his French needed work. Based on his wildly popular New York Times series, Back Over There is a timely journey, in turns reverent and iconoclastic but always fascinating, through a place where the past and present are never really separated. 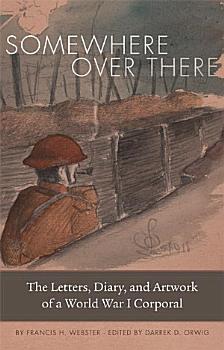 
Decades before Americans became familiar with the term “embedded journalist,” a young cartoonist named Francis Webster embodied that role when he served as a volunteer infantryman during World War I. Using his skills as an illustrator, he documented firsthand the harsh realities of combat life and regularly submitted visual dispatches of his experiences back to an Iowa newspaper. The first published collection of Webster’s wartime chronicles, Somewhere Over There presents a unique view of World War I through a rare compilation of letters, diary entries, cartoons, sketches, and watercolors. As editor Darrek D. Orwig explains in his introduction, Webster gained valuable training as an illustrator when he worked for famed political cartoonist Jay “Ding” Darling during the early years of World War I. When the United States entered the conflict in 1917, Webster volunteered with the Iowa National Guard as it prepared for deployment on the western front. His regiment would be part of the Forty-Second Rainbow Division, one of the first American units to arrive in France. Webster’s accounts, rendered in words and pictures, capture the daily life of a citizen-soldier who trained in stateside camps, traversed the submarine-infested waters of the Atlantic Ocean, fought in muddy trenches, and recovered in hospitals from poisonous gas exposure. Webster suffered a mortal wound during the Meuse-Argonne Offensive in 1918, when he placed a fellow soldier’s safety before his own. Webster’s illustrations for the Des Moines Capital helped readers of the time learn what American soldiers were experiencing “over there” by bringing news from the western front to the home front. For nearly ninety years following his death, Webster’s family treasured his collection of artwork and writings before donating it to the Iowa Gold Star Military Museum at Camp Dodge, where it resides today. This wartime assemblage is amplified by Orwig’s enlightening commentary based on extensive research that places Webster’s story within the wider narrative of American involvement in the “war to end all wars.”