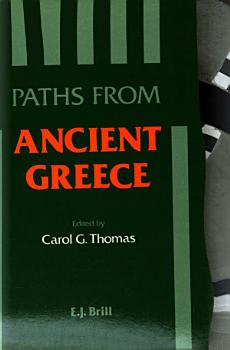 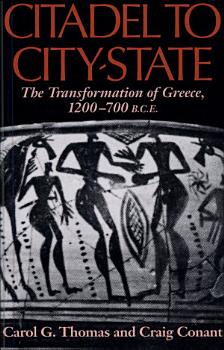 
"Citadel to City-State serves as an excellent summarization of our present knowledge of the not-so-dark Dark Age as well as an admirable prologue to the understanding of the subsequent Archaeic and Classical periods." -- David Rupp, Phoenix The Dark Age of Greece is one of the least understood periods of Greek history. A terra incognita between the Mycenaean civilization of Late Bronze Age Greece and the flowering of Classical Greece, the Dark Age was, until the last few decades, largely neglected. Now new archaeological methods and the discovery of new evidence have made it possible to develop a more comprehensive view of the entire period. Citadel to City-State explores each century from 1200 to 700 B.C.E. through an individual site -- Mycenae, Nichoria, Athens, Lefkandi, Corinth, and Ascra -- that illustrates the major features of each period. This is a remarkable account of the historical detective work that is beginning to shed light on Dark Age Greece. 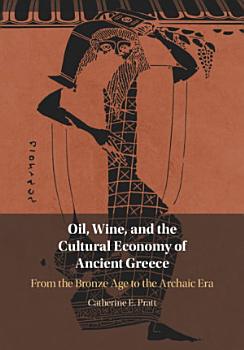 
In this book, Catherine E. Pratt explores how oil and wine became increasingly entangled in Greek culture, from the Late Bronze Age to the Archaic period. Using ceramic, architectural, and archaeobotanical data, she argues that Bronze Age exchange practices initiated a strong network of dependency between oil and wine production, and the people who produced, exchanged, and used them. After the palatial collapse, these prehistoric connections intensified during the Iron Age and evolved into the large-scale industries of the Classical period. Pratt argues that oil and wine in pre-Classical Greece should be considered 'cultural commodities', products that become indispensable for proper social and economic exchanges well beyond economic advantage. Offering a detailed diachronic account of the changing roles of surplus oil and wine in the economies of pre-classical Greek societies, her book contributes to a broader understanding of the complex interconnections between agriculture, commerce, and culture in the ancient Mediterranean. 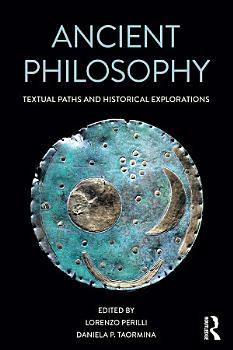 
‘We are all Greeks. Our laws, our literature, our religion, our arts, have their root in Greece’, the poet Percy Bysshe Shelley once wrote. It is in Greek that the questions which shaped the destiny of Western culture were asked, and so were the first attempts at an answer, and the search for a method of investigation. This book tries to rediscover the propulsive force that for over two millennia spread, and still lives in our system of thought. By systematically quoting the very words of the leading actors and by tracing their sources, it leads the reader along a path where they will be able to observe the establishment of philosophical ideas and language, in an updated and balanced picture of archaic lore, of the thought of the classical and hellenistic ages, and of the philosophy of late antiquity. The book looks closely at the progress of scientific thought and at its increasing autonomy, while following the evolution of the fruitful yet problematic relationship between the Greek world and the Near East.


"Chapter 1 Introduction "There are two liquids most pleasing to human bodies: inside-wine, outside-oil." -Pliny (23-79 CE), Natural History XIV, 29.150 "It is evident that the country now called Hellas had in ancient times no settled population ... without commerce, without freedom of communication either by land or sea, cultivating no more of their territory than the exigencies of life required, destitute of capital, never planting their land ... " -Thucydides (c. 460-400 BCE), History of the Peloponnesian War, 1.2.1-2 Oil, Wine, and Cultural History in Pre-Classical Greece This book aims to explore the centrality of olive oil and wine in various realms of ancient Greek life and how this interdependence came to exist and persist. Indeed, this book argues that oil and wine can be regarded not just as economic commodities, but cultural commodities that actively shaped the paths of ancient Greek history. Cultural commodities can be defined as things that have become deeply entangled with humans through increasing ties of dependency that are reinforced by a high value constructed within multiple contexts of exchange. On the one hand, expansions and contractions of dependencies between people and oil/wine can be seen by tracing shifting emphases in exchange modes-such as commensal, gift, and commercial exchange-within their social and environmental contexts over the long-term"-- 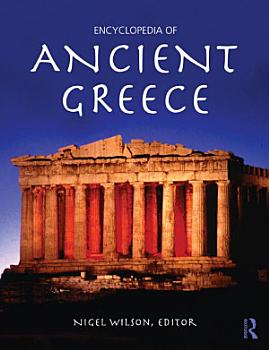 
Examining every aspect of the culture from antiquity to the founding of Constantinople in the early Byzantine era, this thoroughly cross-referenced and fully indexed work is written by an international group of scholars. This Encyclopedia is derived from the more broadly focused Encyclopedia of Greece and the Hellenic Tradition, the highly praised two-volume work. Newly edited by Nigel Wilson, this single-volume reference provides a comprehensive and authoritative guide to the political, cultural, and social life of the people and to the places, ideas, periods, and events that defined ancient Greece. 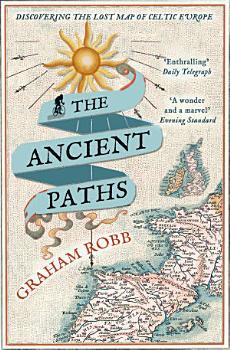 
Graham Robb's The Ancient Paths will change the way you see European civilization. Inspired by a chance discovery, Robb became fascinated with the world of the Celts: their gods, their art, and, most of all, their sophisticated knowledge of science. His investigations gradually revealed something extraordinary: a lost map, of an empire constructed with precision and beauty across vast tracts of Europe. The map had been forgotten for almost two millennia and its implications were astonishing. Minutely researched and rich in revelations, The Ancient Paths brings to life centuries of our distant history and reinterprets pre-Roman Europe. Told with all of Robb's grace and verve, it is a dazzling, unforgettable book. 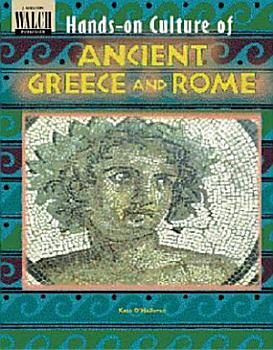 
Six different world cultures are the focus of Hands-On Culture: Japan, Mexico and Central America, Southeast Asia, West Africa, Ancient Egypt, and Ancient Greece and Rome. These colorful volumes examine each culture's art, science, history, geography, and language and literature. From making sushi to designing a drum to reading hieroglyphics, students use an array of hands-on activities to grow more culturally aware and appreciative if differences among peoples. Topics in this volume include: Writing and the Greek alphabet Greek and Roman proverbs Greek and Roman gods and myths Daily life in Rome See other Hands-on Culture titles 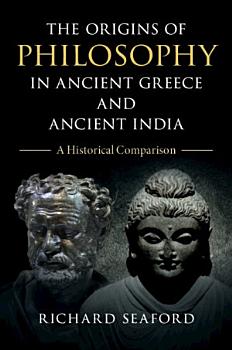 
Explains for the first time the genesis and early form of both Indian and Greek philosophy, and their striking similarities. 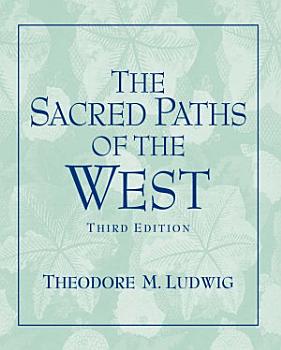 
This text combines study of the dynamic historical development of each religious tradition with a comparative thematic structure. Students are encouraged to discover and explore the nature of religious experience by comparing basic themes and issues common to all religions, finding connections with their own personal experiences. By sensitively introducing descriptive material within a comparative thematic structure, this text helps students to understand how each religion provides, for its adherents, patterns and meanings that make up a full way of life. 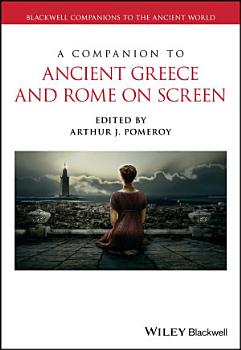 
A comprehensive treatment of the Classical World in film and television, A Companion to Ancient Greece and Rome on Screen closely examines the films and TV shows centered on Greek and Roman cultures and explores the tension between pagan and Christian worlds. Written by a team of experts in their fields, this work considers productions that discuss social settings as reflections of their times and as indicative of the technical advances in production and the economics of film and television. Productions included are a mix of Hollywood and European spanning from the silent film era though modern day television series, and topics discussed include Hollywood politics in film, soundtrack and sound design, high art and low art, European art cinemas, and the ancient world as comedy. Written for students of film and television as well as those interested in studies of ancient Rome and Greece, A Companion to Ancient Greece and Rome on Screen provides comprehensive, current thinking on how the depiction of Ancient Greece and Rome on screen has developed over the past century. It reviews how films of the ancient world mirrored shifting attitudes towards Christianity, the impact of changing techniques in film production, and fascinating explorations of science fiction and technical fantasy in the ancient world on popular TV shows like Star Trek, Babylon 5, Battlestar Galactica, and Dr. Who. 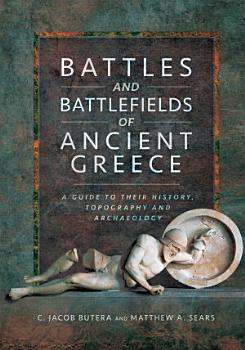 
Greece was the scene of some of the most evocative and decisive battles in the ancient world. This volume brings together the ancient evidence and modern scholarship on twenty battlefields throughout Greece. It is a handy resource for visitors of every level of experience, from the member of a guided tour to the veteran military historian. The introductory chapter outlines some of the most pressing and interesting issues in the study of Ancient Greek battles and battlefields and offers a crash course on ancient warfare. Twenty lively chapters explore battlefields selected for both their historical importance and their inspiring sites. In addition to accessible overviews of each battle, this book provides all the information needed for an intellectually and aesthetically rewarding visit, including transport and travel details, museum overviews, and further reading. 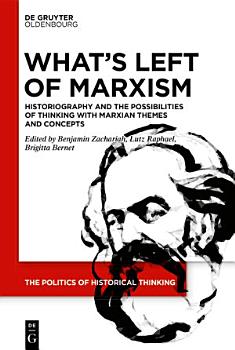 
Have Marxian ideas been relevant or influential in the writing and interpretation of history? What are the Marxist legacies that are now re-emerging in present-day histories? This volume is an attempt at relearning what the “discipline” of history once knew – whether one considered oneself a Marxist, a non-Marxist or an anti-Marxist. 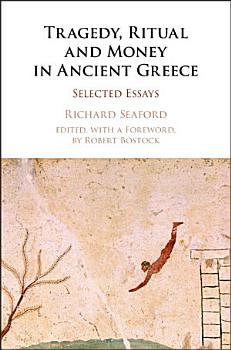 
Richard Seaford is one of the most original and provocative classicists of his age. This volume brings together a wide range of papers written with a single focus. Several are pioneering explorations of the tragic evocation and representation of rites of passage: mystic initiation, the wedding, and death ritual. Two papers focus on the shaping power of mystic initiation in two famous passages in the New Testament. The other key factor in the historical context of tragedy is the recent monetisation of Athens. One paper explores the presence of money in Greek tragedy, another the shaping influence of money on Wagner's Ring and on his Aeschylean model. Other papers reveal the influence of ritual and money on representations of the inner self, and on Greek and Indian philosophy. A final piece finds in Greek tragedy horror at the destructive unlimitedness of money that is still central to our postmodern world. 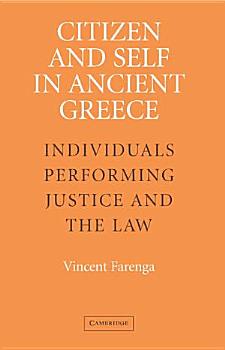 
This 2006 study examines how the ancient Greeks decided questions of justice as a key to understanding the intersection of our moral and political lives. Combining contemporary political philosophy with historical, literary and philosophical texts, it examines a series of remarkable individuals who performed 'scripts' of justice in early Iron Age, archaic and classical Greece. From the earlier periods, these include Homer's Achilles and Odysseus as heroic individuals who are also prototypical citizens, and Solon the lawgiver, writing the scripts of statute law and the jury trial. In democratic Athens, the focus turns to dialogues between a citizen's moral autonomy and political obligation in Aeschyleon tragedy, Pericles' citizenship paradigm, Antiphon's sophistic thought and forensic oratory, the political leadership of Alcibiades and Socrates' moral individualism. 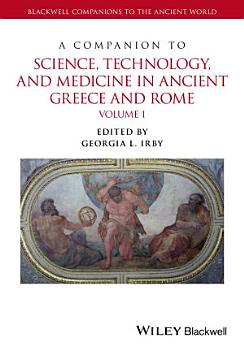 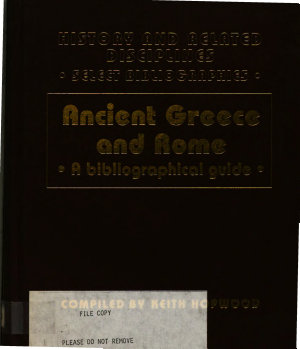 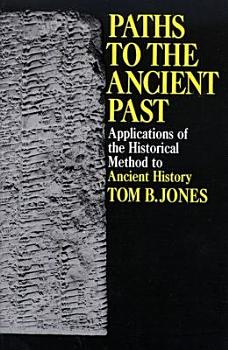 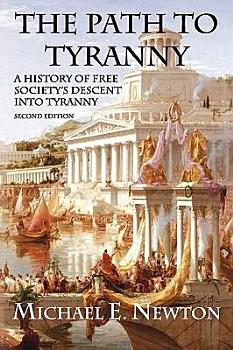 
Examines how many free societies have fallen to tyranny and looks at the possibility that the United States could be next. 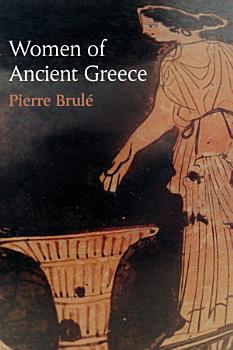 
Pierre Brule's brilliant evocation of how women lived in ancient Greece describes every aspect of their lives, including their religious, familial and domestic duties, their economic importance, and their social, moral and legal status as wives, cohabitees or slaves. He examines their sexual roles, what the status of a woman's body was and what her own and others' attitudes were likely to be towards it. Professor Brule does all this in the context of the development and achievements of Greek civilisation.Women appear not to have been highly regarded in ancient Greece, with female infanticide a common practice. Strains of misogyny can be heard in Greek literature, drama and philosophy: 'The most unintelligent people in the world' is how one character refers to women in Plato's Symposium (which also features Diotima, his best-known female sage). Women had few duties beyond the home, and the evidence that they existed at all is tantalisingly small. Yet by piecing together fragments and clues, the author gives us a vivid account of women's lives in Greece 2,500 years ago.Pierre Brule's deft scholarship and engaging style make this fascinating history always readable, sometimes moving, and often entertaining.