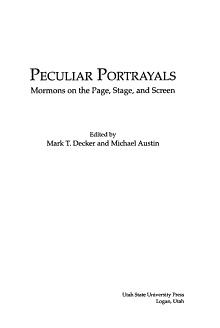 
Collection of essays analyzing the role and treatment of Mormons and Mormonism in popular media: film, television, theater, and books. 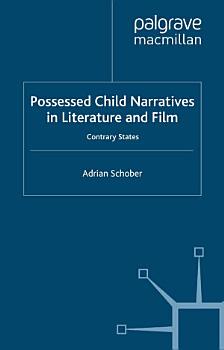 
This book undertakes a study of the trope of possessed child in literature and film. It argues that the possessed child is fundamentally an American phenomenon which, first, may be traced to the Calvinist bias of the US as a nation founded on Puritanism and, second, to the rise of Catholicism in that country, to which Puritanism owes its origins. 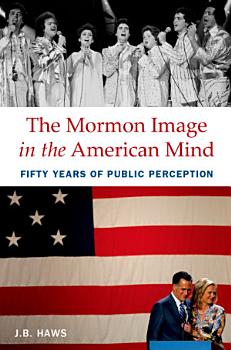 
What do Americans think about Mormons - and why do they think what they do? This is a story where the Osmonds, the Olympics, the Tabernacle Choir, Evangelical Christians, the Equal Rights Amendment, Sports Illustrated, and even Miss America all figure into the equation. The book is punctuated by the presidential campaigns of George and Mitt Romney, four decades apart. A survey of the past half-century reveals a growing tension inherent in the public's views of Mormons and the public's views of the religion that inspires that body. 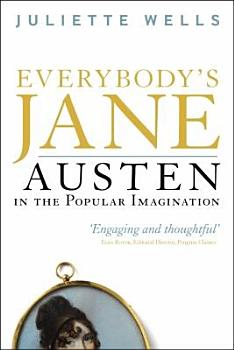 
Explores the importance of Jane Austen and her writings to amateur readers today. 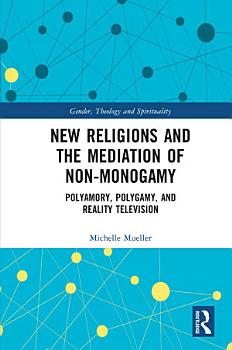 
New Religions and the Mediation of Non-Monogamy examines the relationship between alternative American religions and the media representation of non-monogamies on reality-TV shows like Sister Wives, Seeking Sister Wife, and Polyamory: Married & Dating. The book is the first full-length study informed by fieldwork with Mormon polygamists and fieldwork with LGBTQ Neo-Pagan/Neo-Tantric polyamorists. The book tracks community members’ responses to the new media about them, their engagement with television and other media, and the likeness of representations to actual populations through fieldwork and interviews. The book highlights differences in socioeconomic privileges that shape Mormon polygamists’ lives and LGBTQ polyamorists’ lives, respectively. The polyamory movement receives support from liberal media. As reality TV has shifted the image of Mormon polygamy to one of liberal American middle-class culture, Mormon polygamists have gained in public favor. The media landscape of non-monogamy is mediated by, in addition to these alternative religious populations, the norms and practices of the reality-TV industry and by sociocultural and economic realities, including race and class. This book adds to the fields of media studies, critical race and gender studies, new religious movements, and queer studies. 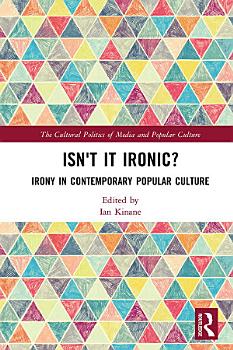 
This volume addresses the relationship between irony and popular culture and the role of the consumer in determining and disseminating meaning. Arguing that in a cultural climate largely characterised by fractious communications and perilous linguistic exchanges, the very role of irony in popular culture needs to come under greater scrutiny, it focuses on the many uses, abuses, and misunderstandings of irony in contemporary popular culture, and explores the troubling political populism at the heart of many supposedly satirical and (apparently) non-satirical texts. In an environment in which irony is frequently claimed as a defence for material and behaviour judged controversial, how do we, as a society entrenched in forms of popular culture and media, interpret work that is intended as satire but which reads as unironic? How do we accurately decode works of popular film, literature, television, music, and other cultural forms which sell themselves as bitingly ironic commentaries on current society, but which are also problematic celebrations of the very issues they purport to critique? And what happens when texts intended and received in one manner are themselves ironically recontextualised in another? Bringing together studies across a range of cultural texts including popular music, film and television, Isn’t it Ironic? will appeal to scholars of the social sciences and humanities with interests in cultural studies, media studies, popular culture, literary studies and sociology. 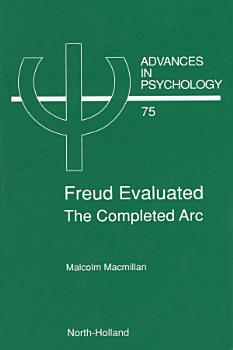 
This volume is an historically based critical evaluation of Freud's personality theory. In it the observations Freud made are described and the theoretical ideas he put forward for explaining them are set out. The adequacy of Freud's explanations are judged against the logical and scientific standards of Freud's own time. The historical perspective will give the reader a sound basis on which to make a judgement about psycho-analysis as a method of investigation and a theory of personality as well as a sense of what Freud was about from Freud's own standpoint. Freud's endeavour is sited in the psychological and psychiatric context of the time, a period not previously given the critical attention it warrants. All of Freud's important assumptions and characteristic modes of thought are to be found in this formative period. The placement also brings out more clearly the basis of a number of the unresolved problems of contemporary psycho-analytic theory, such as the place of affect and the instinctual drives, the role of the ego, and the basis of treatment. The core of the evaluation centres on Freud's basic method for gathering data - free association - a method which is not much written about and hardly ever criticised. What is said about it is new and more substantial than the few criticisms that have been made. Although a very critical work, there is probably no other appraisal which allows Freud and his colleagues and followers to speak so directly for themselves. 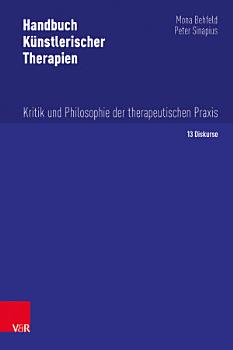 
The first five books of the New Testament contain a large proportion of all uses of the term Farisai/oj in extant literature. In the light of growing scepticism among historians of Judaism over the accuracy and legitimacy of reconstructions of the Pharisees of history, Mary Marshall sets aside the quest for the historical Pharisees and instead offers an analysis of the portrayal of the Pharisees by each evangelist. The author adopts a redaction critical approach which incorporates narrative critical observations where appropriate. Her examination of the texts demonstrates the particularity of each book and its portrayal of the Pharisees. The five books do not portray a monolithic body of evidence but each has its own style, occasion and purpose(s). All New Testament portrayals of the Pharisees occupy a good deal of common ground and yet the pictures they produce are not identical. Every one of the evangelists integrates the Pharisees into his own presentation of the gospel,emphasisingthose aspects of the Pharisees’ portrayal which serve his own particular concerns. This study of material from the gospels and Acts yields multi-faceted portraits of the Pharisees and discloses the variety of christological, soteriological, ecclesiological and ethical concerns with which they are associated. It alerts the exegete both to the nuances within a given New Testament book and to the subtle differences between books. It demonstrates the combination of fidelity and freedom with which the evangelists regarded their inherited tradition and sources. The way the Pharisees are portrayed in each text is particular to that text and its purposes, and therefore consideration of the Pharisees’ portrayal is able to enrich our understanding of the gospels and Acts more generally. 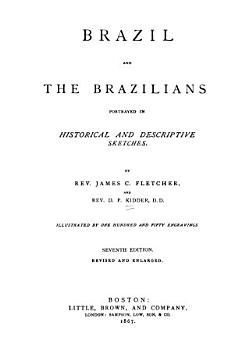 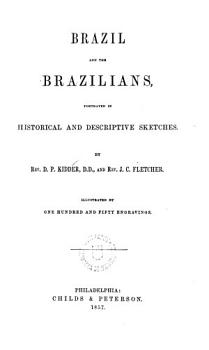 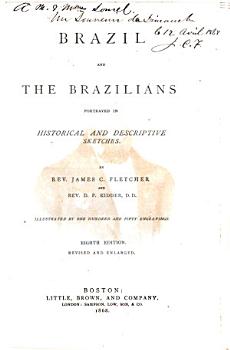 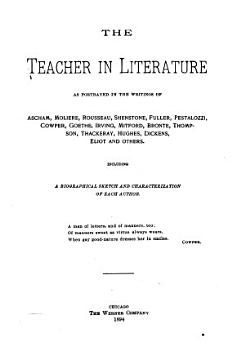 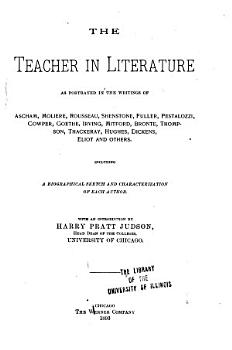 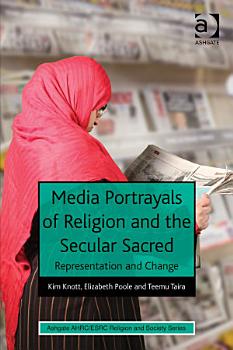 
Is it true that Christianity is being marginalised by the secular media, at the expense of Islam? Are the mass media Islamophobic? Is atheism on the rise in media coverage? Media Portrayals of Religion and the Secular Sacred explores such questions and argues that television and newspapers remain key sources of popular information about religion. They are particularly significant at a time when religious participation in Europe is declining yet the public visibility and influence of religions seems to be increasing. Based on analysis of mainstream media, the book is set in the context of wider debates about the sociology of religion and media representation. The authors draw on research conducted in the 1980s and 2008-10 to examine British media coverage and representation of religion and contemporary secular values, and to consider what has changed in the last 25 years. Exploring the portrayal of Christianity and public life, Islam and religious diversity, atheism and secularism, and popular beliefs and practices, several media events are also examined in detail: the Papal visit to the UK in 2010 and the ban of the controversial Dutch MP, Geert Wilders, in 2009. Religion is shown to be deeply embedded in the language and images of the press and television, and present in all types of coverage from news and documentaries to entertainment, sports reporting and advertising. A final chapter engages with global debates about religion and media 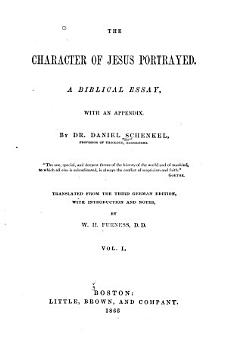 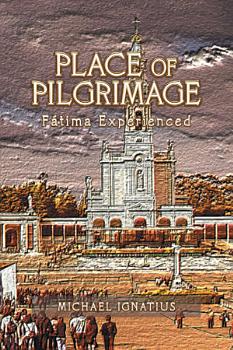 
Drawing from his many diverse and inspiring experiences, Michael Ignatius takes the reader to 1917 Fátima, Portugal in a deeply moving approach, experiencing all the intricacies of the people, places and events of the time. In reflection, he interjects his own lived current day experiences of pilgrimage in an effort to point out that we are all in the midst of a life-long pilgrimage on many levels—if we only take time and learn how to notice. The author’s combining of extensive, yet subtle, scriptural and religious meaning into the mix amplifies his approach as it connects the Fátima story and message to one’s lived faith experience in everyday life. 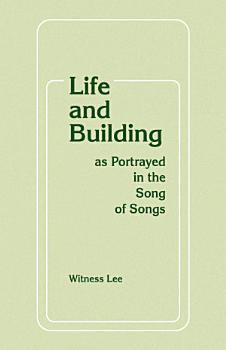 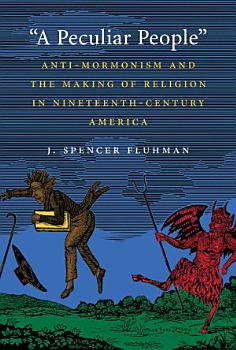 
Though the U.S. Constitution guarantees the free exercise of religion, it does not specify what counts as a religion. From its founding in the 1830s, Mormonism, a homegrown American faith, drew thousands of converts but far more critics. In "A Peculiar People", J. Spencer Fluhman offers a comprehensive history of anti-Mormon thought and the associated passionate debates about religious authenticity in nineteenth-century America. He argues that understanding anti-Mormonism provides critical insight into the American psyche because Mormonism became a potent symbol around which ideas about religion and the state took shape. Fluhman documents how Mormonism was defamed, with attacks often aimed at polygamy, and shows how the new faith supplied a social enemy for a public agitated by the popular press and wracked with social and economic instability. Taking the story to the turn of the century, Fluhman demonstrates how Mormonism's own transformations, the result of both choice and outside force, sapped the strength of the worst anti-Mormon vitriol, triggering the acceptance of Utah into the Union in 1896 and also paving the way for the dramatic, yet still grudging, acceptance of Mormonism as an American religion. 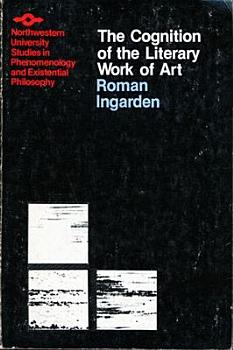 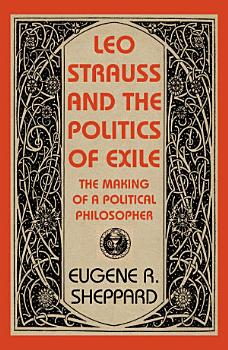 
Born in rural Hesse, Germany, Leo Strauss (1899-1973) became an active Zionist and philosopher during the tumultuous and fractious Weimar Republic. As Eugene R. Sheppard demonstrates in this groundbreaking and engaging book, Strauss gravitated towards such thinkers as Franz Rosenzweig, Martin Heidegger, and Carl Schmitt as he sought to identify and overcome fundamental philosophical, political, and theological crises. The rise of Nazism impelled Strauss as a young Jewish migr, first in Europe and then in America, to grapple with--and accommodate his thought to--the pressing challenges of exile. In confronting his own state of exile, Strauss enlisted premodern Jewish thinkers such as Moses Maimonides and Baruch Spinoza who earlier addressed the problem of reconciling their competing loyalties as philosophers and Jews. This is the first study to frame Strauss's political philosophy around his critique of liberalism and the problem of exile. Sheppard follows Strauss from Europe to the United States, a journey of a conservative Weimar Jew struggling with modern liberalism and the existential and political contours of exile. Strauss sought to resolve the conflicts of a Jew unwilling to surrender loyalty to his ancestral community and equally unwilling to adhere to the strictures of orthodox observance. Strauss saw truth and wisdom as transcending particular religious and national communities, as well as the modern enlightened humanism in which he himself had been nurtured. In his efforts to navigate between the Jewish and the philosophical, the ancient and the modern, Berlin and New York, Strauss developed a distinctively programmatic way of reading and writing "between the lines." Sheppard recaptures the complexity and intrigue of this project which has been ignored by those who both reject and claim Strauss's legacy.