Home/Search Results for "perspectives on student affairs in south africa" 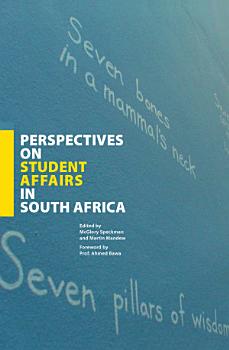 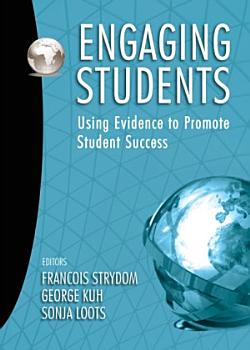 
"e;Engaging Students is the first comprehensive manuscript on research into student engagement in South African higher education. Each of the chapters has a clear, distinguishable focus and makes an original contribution in and of itself, while retaining the central focus on student engagement. The book provides a rich, informative picture of the current state of student engagement evaluation, while also highlighting challenges and opportunities for future advances. A particular strength of this publication is its emphasis on the importance of taking evidence-based decisions, and showing how the South African Survey of Student Engagement (SASSE) can provide the evidence for well-informed changes in policy and practice in order to enhance student success."e; - Prof Magda Fourie-Malherbe 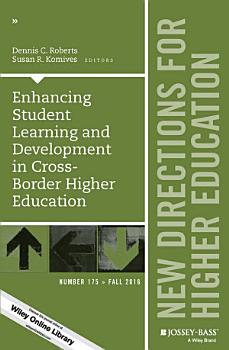 
Higher education is expanding, internationalizing, and changing rapidly around the world. Yet, many of the broader international higher education community and funders are unaware that much of what the United States has achieved in quality higher education derives from the student affairs staff. This volume addresses the opportunities and challenges in creating student learning and development programs and strategies that are culturally appropriate and use best practices from regions around the world. This volume includes: suggestions using the whole institutional environment—curriculum and co-curriculum; examples from China, Mexico, Singapore, South Africa, and the United Kingdom; and holistic and engaging approaches through student affairs, student development, and student services. This will be of interest to all those who value quality higher education no matter what their role. The intent is to convince broader constituencies of the merit of enhancing the student experience so that students worldwide will benefit from enhanced learning and development opportunities. This is the 175th volume of the Jossey-Bass quarterly report series New Directions for Higher Education. Addressed to presidents, vice presidents, deans, and other higher education decision makers on all kinds of campuses, it provides timely information and authoritative advice about major issues and administrative problems confronting every institution. 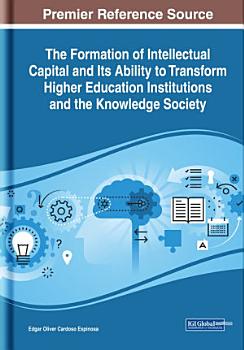 
The knowledge society arises from the combination of four interdependent elements: the production of knowledge through research, its transmission through education, its dissemination through information and communication technologies, and its exploitation through innovation. For this reason, higher education institutions (HEIs) are the main component of the formation of intellectual capital because they are the key element of the knowledge society, so it is necessary that they continue to be the main source of the necessary skills that allow the increase of economic competitiveness, sustainability, and citizen welfare within the framework of quality education and equity. The Formation of Intellectual Capital and Its Ability to Transform Higher Education Institutions and the Knowledge Society is an essential research publication that provides systemic research on the formation of intellectual capital in higher education and its impact on the knowledge society. Highlighting topics such as educational programs, management strategy, and educational studies, this book is meant for educators, educational technologists, students, researchers, professionals, and administrators. 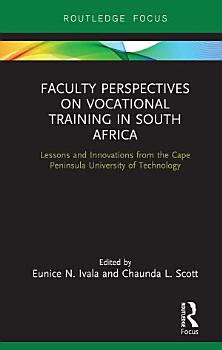 
The Cape Peninsula University of Technology (CPUT) is one of four Universities of Technology established by the South African government in 2005 with a focus on vocational training. This book presents faculty experiences of CPUT’s innovative, work-integrated learning and teaching model, as well as findings from practice-based research being done in the institution. The purpose of this volume is to be a resource for other institutions in South Africa that wish to try similar strategies, as well as a to trigger a community of practice with vocationally oriented institutions outside of South Africa. 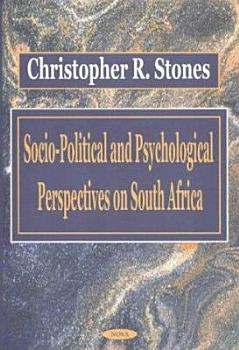 
South Africa is a society that, sadly, has been divided against itself even at the best of times. Beginning with the initial advent of colonialism on the southern tip of the African continent, through to the later spawning of apartheid as well as in its nascent democracy, divisions have continually been manifest in varying form and content, along racial, ethnic, class, religious, language, political or other socio-economic and cultural lines. Unlike most societies, South Africa is a natural laboratory for psycho-social research yet it has been foreign researchers who have conducted most of the behavioural studies on the human condition in the country. South African psychologists seem to have steered clear of involvement in researching any major policy impact, especially in recent times when the re-shaping of South African society has been at its height. Each of the authors in this book is South African and, appropriately, has lived through the transition in South Africa and has attempted to understand the changes at both professional and personal levels. The contributors were each asked to write a chapter that would explore the South African socio-political terrain from within their fields of expertise and so help others navigate the uncharted future with less trepidation.' 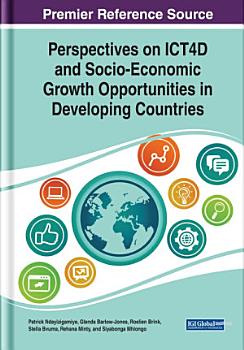 
Technology has been hailed as one of the catalysts toward economic and human development. In the current economic era of the Fourth Industrial Revolution, information acquisition, transformation, and dissemination processes are posed to be the key enablers of development. However, in the context of developing countries, there is a need for more evidence on the impact that ICT has on addressing developmental issues. Such evidence is needed to make a case for investments in ICT-led interventions to improve people’s lives in developing countries. Perspectives on ICT4D and Socio-Economic Growth Opportunities in Developing Countries is a collection of innovative research on current trends that portray the ICT and development nexus (ICT4D) from economic and human development perspectives within developing countries. While highlighting topics including mobile money, poverty alleviation, and consumer behavior, this book is ideally designed for economists, government officials, policymakers, ICT specialists, business professionals, researchers, academicians, students, and entrepreneurs. 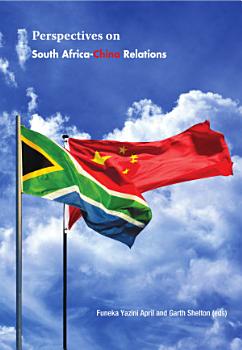 
The year 2013 marked 15 years of the phenomenal diplomatic relations between South Africa and China. Th e relationship between South Africa and China has been developing since diplomatic ties were established on 1 January 1998. Since then, South Africa-China's bilateral relations have undergone rapid and all-facet development. There were frequent high level and other kinds of mutual exchanges between the two countries. The bilateral relations within the space of fifteen years have evolved from a Partnership to a Strategic Partnership, and then to a Comprehensive Strategic Partnership. Furthermore, in the Comprehensive Strategic Partnership, which was set out in the Beijing Declaration signed in 2010, the two countries expressed the desire to further strengthen and deepen cooperation in both bilateral and regional affairs by establishing a comprehensive strategic partnership based on equality, mutual benefit and common development. The agreements range from political dialogue, trade, investment, mineral exploration, manufacturing, and agriculture to joint efforts in the global arena, such as in the United Nations, the Forum on China-Africa Cooperation (FOCAC), and Brazil, Russia, India, China and South Africa (BRICS). In recognition of the aforementioned bilateral achievements, on 19 September 2013, an Ambassadorial forum was co-hosted by the Department of International Relations and Cooperation (DIRCO), The Embassy of the People's Republic of China in the Republic of South Africa, and the Africa Institute of South Africa - Human Science Research Council (AISA-HSRC). The objective of the Ambassadorial Forum was to provide an opportunity for reflections on the past and outlook on the future diplomatic relations between South Africa and China. This book presents the official keynote addresses which provide strategic thinking and foresight into the bilateral relations between the two countries. The main substance of the book is a collection of the Ambassadorial Forum papers that were submitted. The papers evaluate economic and political progress from a national interest perspective. Progress is measured against variables such as trade growth, people-to-people development, partnerships, and the implementation of state agreements, all against the background of the theory of national interest. 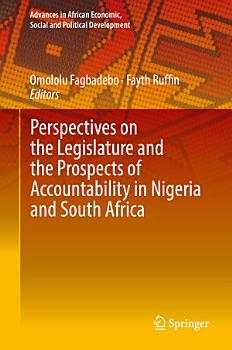 
This book examines the problem of accountability in two African political systems, South Africa and Nigeria. Despite the principle of separation of powers and the doctrine of checks and balances among the institutions of governance, a burgeoning governance crisis stifles the potential of accountability and good governance. Legislative oversight in the two countries remains largely ineffective while citizens are left to face the consequences of the mismanagement of public resources by political elites. This book critically assesses how the legislative institutions in South Africa and Nigeria have been unable to harness the requisite constitutional powers to ensure accountability in government and explores the feasibility of their effectiveness. The book begins with a comparative analysis of the principles, tradition, and powers associated with legislative capability in South Africa and Nigeria. The chapters explore constitutional provisions and analyze the capacity of each legislature to function within its respective political environment. The book also examines the process and challenges associated with the various measures and mechanisms available for legislatures to ensure accountability in the two countries. Researchers, scholars and students of African politics will find this book useful in their understanding of the problems associated with the simmering governance crisis in South Africa and Nigeria.