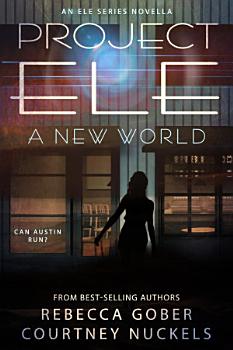 
From best-selling authors Rebecca Gober and Courtney Nuckels comes a new novella set 80-years after Project ELE. The ELE Series is a best-selling Young Adult Science Fiction Romance series. Austin has spent most of her adolescent and young adult years in constant pain due to her broken Empath powers that cause her to be a Receiver. All she dreams of is the day when she can afford the procedure to turn it all off. When she meets Chance—a mysterious stranger who somehow blocks her gift—she finds herself rethinking everything. The ELE Series will appeal to fans of The Gender Game by Bella Forrest, Red Queen by Victoria Aveyard, and A Court of Thorns and Roses by Sarah J. Maas. 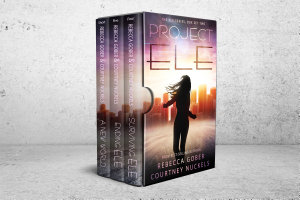 
From best-selling authors Rebecca Gober and Courtney Nuckels comes a second boxed set of the last two full-length ELE Series books and a new novella set 80-years after Project ELE. This set offers the reader a discount over purchasing each novel individually. The ELE Series is a best-selling Young Adult Science Fiction Romance series with over seven hundred five-star reviews on Goodreads. BOOK ONE Surviving ELE (The ELE Series Book 4) Willow Mosby is not one to sit back and accept defeat. When Zack turns Tony against her, she decides that it's time to stop Zack once and for all. With the help of her friends and the occupants of Camp Cheley, she begins methodically hunting down her tormenter. BOOK TWO Ending ELE (The ELE Series Book 5 - Finale) The government took her people and now they are looking for her too. Running seems to be all that Willow and her friends do these days. Not only must Willow stay out of the reach of the soldiers who took her friends, but now she finds herself hunted by a more sinister threat. Ending ELE is the stunning conclusion to The ELE Series. NOVELLA Project ELE: A New World (A Novella that takes place 80-years after Project ELE) A sinister threat brings two people together in an unlikely union. The ELE Series will appeal to fans of The Gender Game by Bella Forrest, Red Queen by Victoria Aveyard, and A Court of Thorns and Roses by Sarah J. Maas. 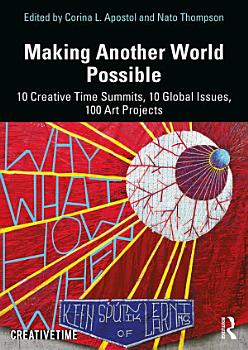 
Making Another World Possible offers a broad look at an array of socially engaged cultural practices that have become increasingly visible in the past decade, across diverse fields such as visual art, performance, theater, activism, architecture, urban planning, pedagogy, and ecology. Part I of the book introduces the reader to the field of socially engaged art and cultural practice, spanning the past ten years of dynamism and development. Part II presents a visually striking summary of key events from 1945 to the present, offering an expansive view of socially engaged art throughout history, and Part III offers an overview of the current state of the field, elucidating some of the key issues facing practitioners and communities. Finally, Part IV identifies ten global issues and, in turn, documents 100 key artistic projects from around the world to illustrate the various critical, aesthetic and political modes in which artists, cultural workers, and communities are responding to these issues from their specific local contexts. This is a much needed and timely archive that broadens and deepens the conversation on socially engaged art and culture. It includes commissioned essays from noted critics, practitioners, and theorists in the field, as well as key examples that allow insights into methodologies, contextualize the conditions of sites, and broaden the range of what constitutes an engaged culture. Of interest to a wide range of readers, from practitioners and scholars of performance to curators and historians, Making Another World Possible offers both breadth and depth, spanning history and individual works, to offer a unique insight into the field of socially engaged art. 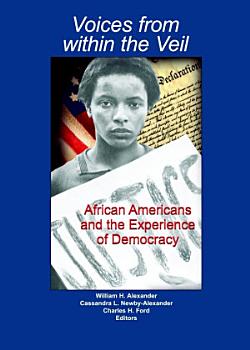 
"And then--the Veil. It drops as drops the night on southern seas--vast, sudden, unanswering. There is Hate behind it, and Cruelty and Tears. As one peers through its intricate, unfathomable pattern of ancient, old, old design, one sees blood and guilt and misunderstanding. And yet it hangs there, this Veil, between Then and Now, between Pale and Colored and Black and White -- between You and Me." W.E.B. DuBois, Darkwater: Voices from within the Veil, 1920 "As the promoters of Jamestown 2007 began to speak of the accomplishment of greater diversity in the nation, and to market the myth of the seamless confluence of Indian, European, and African traditions in the early colony, many reflected not only about how the United States' colonial origins were based on the entrepreneurial ambitions of English settlers, the conquest and degradation of native populations, and the subsequent uprooting and enslavement of untold numbers of Africans, but also about how the more recent legacy of decades of discrimination and marginalization continue to shape our world today. Despite the assimilation, acculturation, and dehumanization that have occurred in the Americas, African Americans have continued to refashion their cultures to fit their own social needs and aesthetic preferences." From Introduction Voices from within the Veil explores the 400-year prelude to the inclusion of African Americans in the commemoration of this nation's origins. With innovative approaches and pioneering research, these essays address both the conditions of African Americans' marginalization and some of the paths toward their empowerment: marronage, the Underground Railroad, social organization, and massive protest movements, among others. 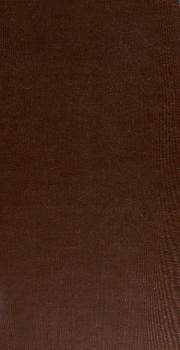 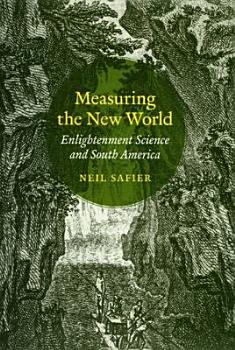 
Prior to 1735, South America was terra incognita to many Europeans. But that year, the Paris Academy of Sciences sent a mission to the Spanish American province of Quito (in present-day Ecuador) to study the curvature of the earth at the Equator. Equipped with quadrants and telescopes, the mission’s participants referred to the transfer of scientific knowledge from Europe to the Andes as a “sacred fire” passing mysteriously through European astronomical instruments to observers in South America. By taking an innovative interdisciplinary look at the traces of this expedition, Measuring the New World examines the transatlantic flow of knowledge from West to East. Through ephemeral monuments and geographical maps, this book explores how the social and cultural worlds of South America contributed to the production of European scientific knowledge during the Enlightenment. Neil Safier uses the notebooks of traveling philosophers, as well as specimens from the expedition, to place this particular scientific endeavor in the larger context of early modern print culture and the emerging intellectual category of scientist as author. 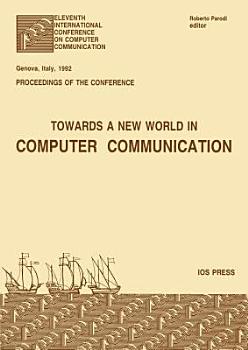 
In the 90s, new languages and architectures were developed, new systems and networks were produced and new applications invented. The basic topics discussed are; High Speed Data Communications Protocols, Services and Networks for high speed data and for combined voice and data applications - i.e. ATM, SMDS, Frame Relay - Network Management, OSS Platforms, OSI and other information Technology Services, Network Control and Routing, Emergency Control and Telecommunication Politics. This publication offers the material basis for propagating the most advanced ideas, products, decisions and results of the 90s, and thereby it celebrates the advancements of Computer Communication on the route towards a new era. 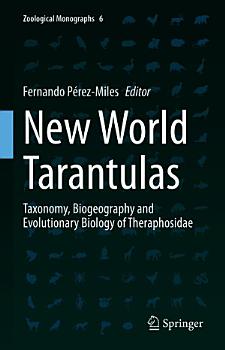 
The Theraphosidae are the most famous and diverse mygalomorph spiders, and include some of the largest arachnids on earth. Their unique defense mechanisms, predatory tactics, reproductive strategies and ecological adaptations are displayed by a wide range of terrestrial, burrowing and arboreal species. These arachnids are familiar to the general public thanks to horror movies and a growing interest in tarantulas as pets; however, scientific information on the group is scattered throughout the literature and not easily available. This book reviews all major aspects of New World Theraphosid tarantulas and provides in-depth information on their evolution, taxonomy, behavior, physiology, ecology, reproduction, conservation and biogeography. As a comprehensive guide to the biology of tarantulas, it will appeal to researchers, students and terrarium hobbyists alike. 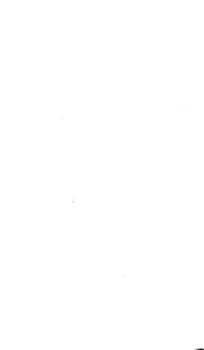 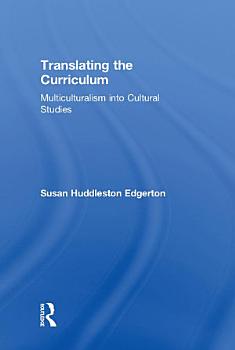 
Although recent theory in multicultural education has acknowledged what has been called "the new cultural politics of difference," problems concerning what actually passes for multiculturalism have been underexamined. Translating the Curriculum proposes that a new theoretical and practical lens through which to examine multicultural education is necessary and suggests that it may be found in cultural studies. Edgerton looks at pedagogy through structuralist and poststructuralist philosophy and social theory, literary criticism, literature, and autobiography. Using this interdisciplinary approach, notions of marginality, essentialism, identity and translation across difference are explored. 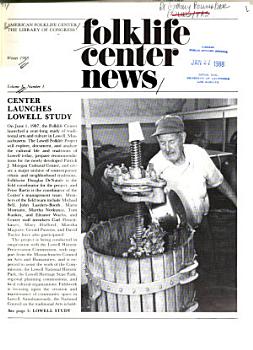 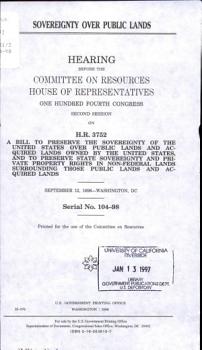 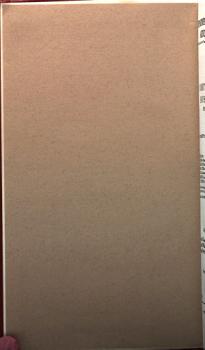 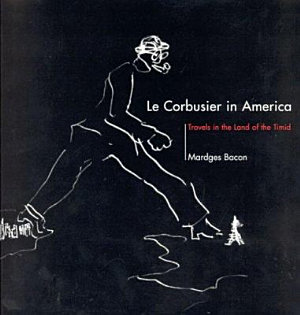 
In this study of Le Corbusier's American tour, Mardges Bacon reconstructs his encounter with America in all its fascinating detail. It presents a critical history of the tour as well as a nuanced and intimate portrait of the architect. 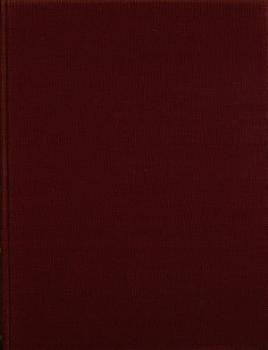 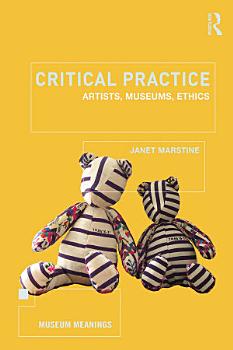 
Critical Practice is an ambitious work that blurs the boundaries between art history, museum studies, political science and applied ethics. Marstine demonstrates how convergences between institutional critique and socially engaged practice, as represented by the term ‘critical practice’, can create conditions for organisational change, particularly facilitating increased public agency and shared authority. The book analyses a range of museum interventions exploring such subjects as the ethical stewardship of collections, hybridity as a methodological approach to social justice and alternative forms of democracy. Discussing critical practice within the framework of peace and reconciliation studies, Marstine shows how artists’ interventions can redress exclusions, inequalities and relational frictions between museums and their publics. Elucidating the museological and ethical implications of institutional critique and socially engaged practice, Marstine has provided a timely and thoughtful resource for museum studies scholars, artists, museum professionals, art historians and graduate students worldwide who are interested in mapping and unpacking the intricate relationships among artists, museums and communities. 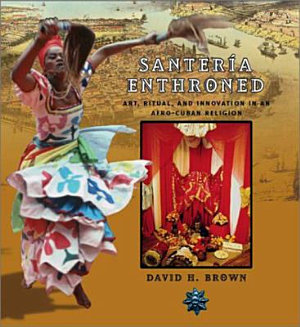 
Ever since its emergence in colonial-era Cuba, Afro-Cuban Santería (or Lucumí) has displayed a complex dynamic of continuity and change in its institutions, rituals, and iconography. In Santería Enthroned, David H. Brown combines art history, cultural anthropology, and ethnohistory to show how Africans and their descendants have developed novel forms of religious practice in the face of relentless oppression. Focusing on the royal throne as a potent metaphor in Santería belief and practice, Brown shows how negotiation among ideologically competing interests have shaped the religion's symbols, rituals, and institutions from the nineteenth century to the present. Rich case studies of change in Cuba and the United States, including a New Jersey temple and South Carolina's Oyotunji Village, reveal patterns of innovation similar to those found among rival Yoruba kingdoms in Nigeria. Throughout, Brown argues for a theoretical perspective on culture as a field of potential strategies and "usable pasts" that actors draw upon to craft new forms and identities—a perspective that will be invaluable to all students of the African Diaspora. American Acemy of Religion Award for Excellence in the Study of Religion (Analytical-Descriptive Category) 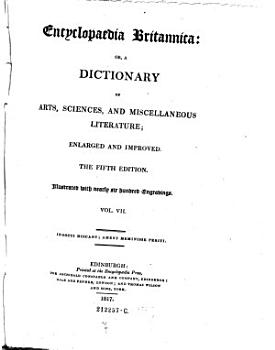 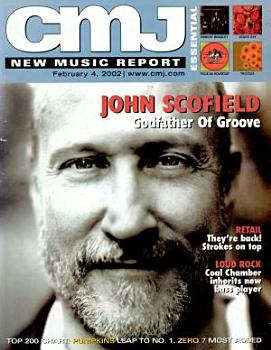 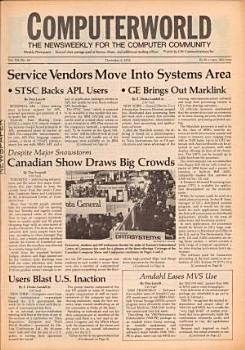 
For more than 40 years, Computerworld has been the leading source of technology news and information for IT influencers worldwide. Computerworld's award-winning Web site (Computerworld.com), twice-monthly publication, focused conference series and custom research form the hub of the world's largest global IT media network.