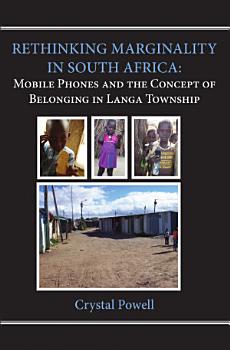 
What does it mean to be marginal? For residents of Cape Town's Langa Township, being considered marginal is subject to a host of social, physical and sometimes materialistic qualifications - not least of which is owning a mobile phone. Through various presentations of unique aspects of township life revealed through ethnographic snapshots, this book reveals the complex realities of marginalization experienced by some residents in Langa Township, located in Cape Town, South Africa. Mobile phones have been embraced and accommodated by both local South Africans and African immigrant residents living and working in Langa. Among other things, the technology has become a way of challenging (real and imagined) marginalities within the township in particular and South Africa in general. The book provides empirical data on the role of technology in regards to migration and notions of belonging; specifically the ways that technology has mitigated distance for residents, provided opportunities for development, facilitated the negotiation of various marginalities, and offered new ways of belonging for Langa residents. 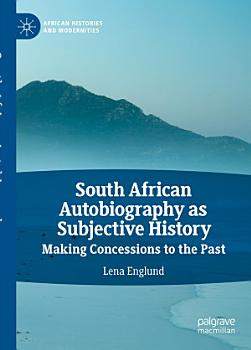 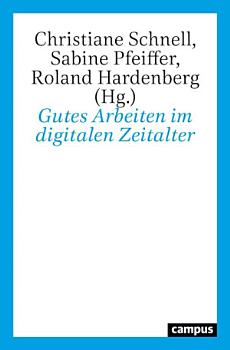 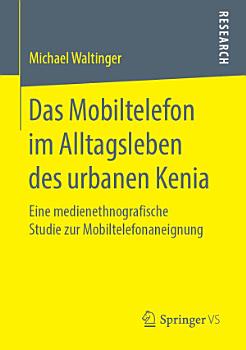 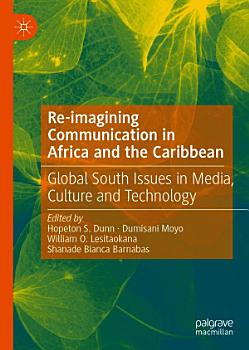 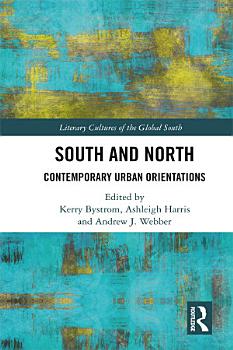 
This book explores urban life and realities in the cities of the Global South and North. Through literature, film and other forms of media that constitute shared social imaginaries, the essays in the volume interrogate the modes of production that make up the fabric of urban spaces and the lives of their inhabitants. They also rethink practices that engender ‘cityness’ in diverse but increasingly interlinked conglomerations. Probing ‘orientations’ of and within major urban spaces of the South –Jakarta, Rio de Janeiro, Tijuana, Delhi, Kolkata, Luanda and Johannesburg –the book reveals the shared dynamics of urbanity built on and through the ruins of imperialism, Cold War geopolitics, global neoliberalism and the recent resurgence of nationalism. Completing a kind of arc, the volume then turns to cities located in the North such as Paris, Munich, Dresden, London and New York to map their coordinates in relation to the South. The volume will be of great interest to scholars and researchers of media and culture studies, city studies, development studies, Global South studies, urban geography, built environment and literature. 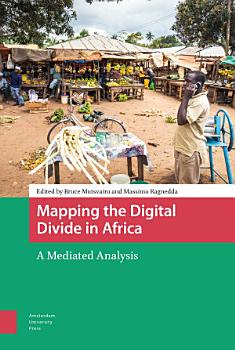 
Despite issues associated with the digital divide, mobile telephony is growing on the continent and the rise of smartphones has given citizens easy access to social networking sites. But the digital divide, which mostly reflects on one's race, gender, socioeconomic status or geographical location, stands in the way of digital progress. What opportunities are available to tame digital disparities? How are different societies in Africa handling digital problems? What innovative methods are being used to provide citizens with access to critical information that can help improve their lives? Experiences from various locations in several sub-Saharan African countries have been carefully selected in this collection with the aim of providing an updated account on the digital divide and its impact in Africa. 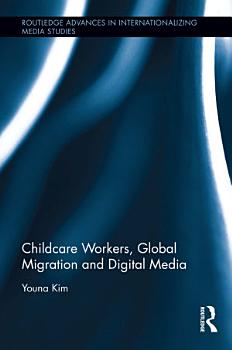 
This book explores the transnational mobility, everyday life and digital media use of childcare workers living and working abroad. Focusing specifically on Filipina, Indonesian, and Sri Lankan nannies in Europe, it offers insights as to the causes and implications of women’s mobility, using data drawn from ethnographic research examining transnational migration, work experiences, family, and relationships. While drawing attention to the hidden, largely invisible and marginalized lives of these women, this research reveals the ways in which digital media, especially the use of mobile phones and the Internet, empower them but also continue to reinforce existing power relations and inequalities. Drawing on a wide range of perspectives from media and communications, sociology, cultural studies and anthropology, the book combines theoretical perspectives with grounded case studies. 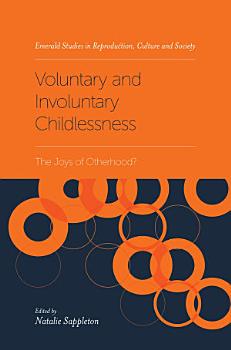 
While interest in the drivers, consequences, nature and manifestations of voluntary and involuntary childlessness increases, knowledge progress is hampered by poor linkages across disjointed research fields. The book brings together theoretical insights and empirical investigations into the phenomenon, united within a feminist conceptual framework. 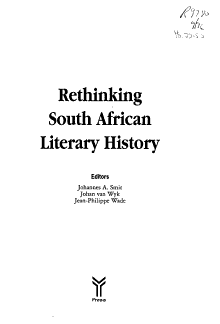 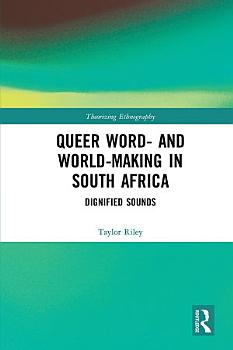 
Focusing on everyday experiences of sexuality in the South African province of KwaZulu-Natal, this book considers personal narratives and other queer artefacts to shed light on linguistic and performative strategies of resistance, referred to as queer word- and world-making. Questions of non-normative expressions of gender and sexuality in South Africa refer to the politics of words, and to their contested meanings and valuations reflected in the way that they roll off tongues. If sexualities are not merely acts, feelings, or identities, but embodiments of desires which invoke and influence social contexts, assumptions about sexuality as a realm of situated knowledge cannot be trusted at face-value. Taylor Riley considers the meanings coded in words used to depict same-sexualities and the productive silences which surround them, and how those meanings are embraced, altered, and resisted through labors of everyday existence. The volume sheds new light on and personalizes the highly contested meanings which surround queer life and LGBTI rights in South Africa. It will be of interest to scholars and upper-level students of anthropology, queer studies and African studies. 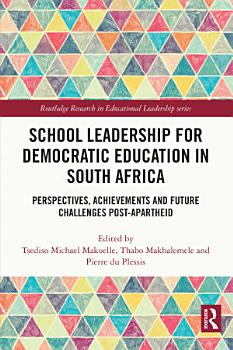 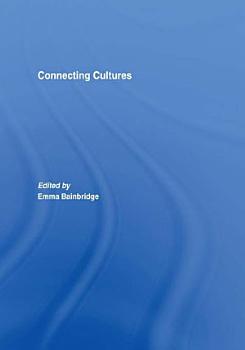 
This lively and incisive collection of essays from an international group of scholars explores the interactions between cultures originating in Africa, India, the Caribbean, and Europe. Those interactions have been both destructive and richly productive, and the consequences continue to 'trouble the living stream' today. Several of the essays focus on the continuing reverberations of political and cultural conflicts in post-Apartheid Southern Africa, including the presence in Britain of Zimbabwean asylum seekers. Other authors discuss the ways in which Indian culture has transformed novelistic and cinematic forms. A third group of essays examines the attempts of West Indian women writers to reclaim their territory and describe it in their own terms. The collection as a whole is framed by essays which deal with discourses of 'terror' and 'terrorism' and how we translate and read them in the wake of 9/11. This book was previously published as a special issue of Third World Quarterly. 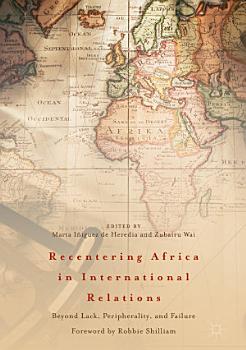 
This innovative book responds to an existing demand for taking Africa out of a place of exception and marginality, and placing it at the center of international relations and world politics. Bringing together a number of scholars from various disciplinary backgrounds to stage a critical intervention into the problematic ways Africa is accounted for in the dominant discourses of international relations and global politics, it challenges the structural and epistemic biases of IR that render the contributions of the continent invisible, and situates the continent as a global region that exists beyond notions of lack, disorder, and failure. Through these interventions, the volume contributes to a rethinking of IR, and the conditions of possibility for imagining a world otherwise beyond frames that fetishize Africa paradoxically as transparent and invisible. 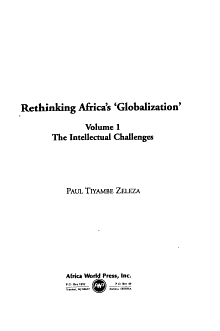 
Offering a powerful and probing critique of the,myths, meanings, promises and perils of,globalisation, post-colonialism and other,currently popular discourses, this book challenges,misrepresentations and misappropriations of Africa,in academic texts and in the media and reaffirms,the importance of progressive nationalismPan-Africanism and internationalism for Africa's,reconstruction. 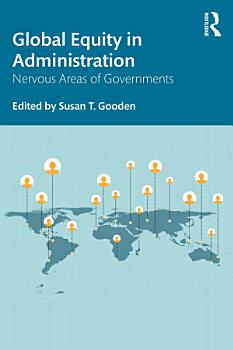 
Governments around the world face the challenge of espousing principles of fairness but practicing inequity in their administration. Issues of equity and justice are fundamental concerns of government, and thus to public administrators, who constantly struggle to evaluate a country’s social climate and ensure equity in governance. Such evaluation is unlikely to occur in a serious way, however, if government actors are fundamentally too uncomfortable to directly engage the topic. The result, this book argues, is a context of 'nervousness,' which unless squarely acknowledged and addressed, can become debilitating and thwart progress toward achieving social equity. This volume explores and expands our understanding of the concept of nervousness in the administration of government services around the world, demonstrating the ways in which such an emotional and physical reaction can debilitate government actions that are needed to promote social equity and justice. Each of the chapters in this edited volume focuses on a single country and examines a specific nervous area of government, highlighting important historical and political considerations, as well as specific evidence of promising progress. It considers the complexity of nervous areas of governments around the world, while identifying encouraging approaches and initiatives. Global Equity in Administration is required reading for all practicing and aspiring public servants concerned with fair and equitable provision of public services around the world. 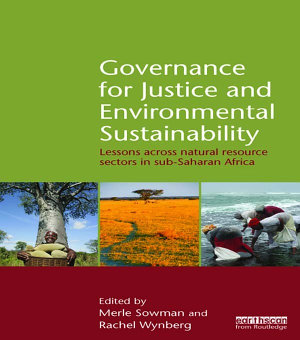 
Understanding the governance of complex social-ecological systems is vital in a world faced with rapid environmental change, conflicts over dwindling natural resources, stark disparities between rich and poor and the crises of sustainability. Improved understanding is also essential to promote governance approaches that are underpinned by justice and equity principles and that aim to reduce inequality and benefit the most marginalised sectors of society. This book is concerned with enhancing the understanding of governance in relation to social justice and environmental sustainability across a range of natural resource sectors in Sub-Saharan Africa. By examining governance across various sectors, it reveals the main drivers that influence the nature of governance, the principles and norms that shape it, as well as the factors that constrain or enable achievement of justice and sustainability outcomes. The book also illuminates the complex relationships that exist between various governance actors at different scales, and the reality and challenge of plural legal systems in much of Sub-Saharan Africa. The book comprises 16 chapters, 12 of them case studies recounting experiences in the forest, wildlife, fisheries, conservation, mining and water sectors of diverse countries: Madagascar, Zimbabwe, Botswana, Namibia, South Africa, Zambia, Mozambique, Sierra Leone and Cameroon.Through insights from these studies, the book seeks to draw lessons from the praxis of natural resource governance in Sub-Saharan Africa and to contribute to debates on how governance can be strengthened and best configured to meet the needs of the poor, in a way that is both socially just and ecologically sustainable. 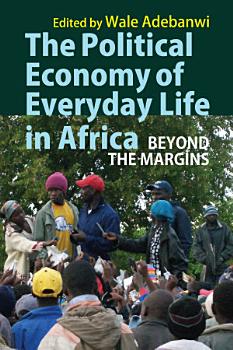 
Multi-disciplinary examination of the role of ordinary African people as agents in the generation and distribution of well-being in modern Africa. 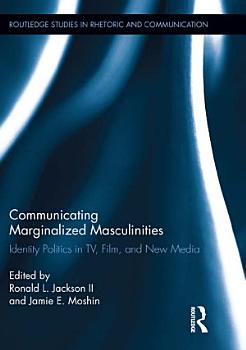 
For years, research concerning masculinities has explored the way that men have dominated, exploited, and dismantled societies, asking how we might make sense of marginalized masculinities in the context of male privilege. This volume asks not only how terms such as men and masculinity are socially defined and culturally instantiated, but also how the media has constructed notions of masculinity that have kept minority masculinities on the margins. Essays explore marginalized masculinities as communicated through film, television, and new media, visiting representations and marginalized identity politics while also discussing the dangers and pitfalls of a media pedagogy that has taught audiences to ignore, sidestep, and stereotype marginalized group realities. While dominant portrayals of masculine versus feminine characters pervade numerous television and film examples, this collection examines heterosexual and queer, military and civilian, as well as Black, Japanese, Indian, White, and Latino masculinities, offering a variance in masculinities and confronting male privilege as represented on screen, appealing to a range of disciplines and a wide scope of readers. 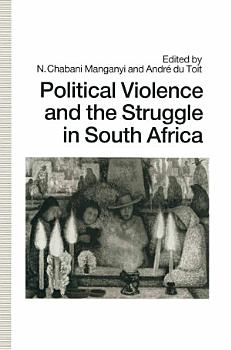 
This book provides a unique perspective, at once scholarly and fully engaged, on the political violence in South Africa during 'The Time of the Comrades' in the mid-1980s. The work of a group of social scientists and professionals, whose own work and thinking have been profoundly affected by the political crisis of that time, it provides an in-depth research and analysis as well as critical reflections on the difficult political and theoretical issues raised by political violence and the struggle in South Africa.