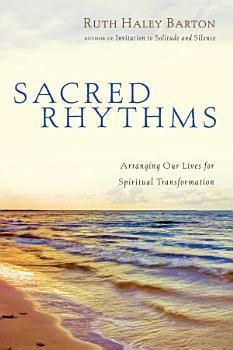 
Picking up on the monastic tradition of creating a "rule of life" that allows for regular space for the practice of spiritual disciplines, Ruth Haley Barton takes you more deeply into understanding seven key spiritual disciplines along with practical ideas for weaving them into everyday life. 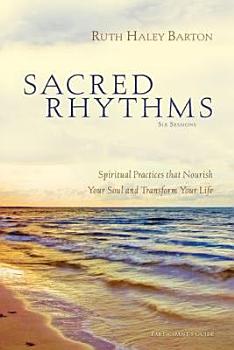 
This participant's guide from Barton, designed for use with the six-session Sacred Rhythms DVD study, provides guidance for groups in a way that links the disciplines of the Christian faith to the most compelling desires of the human soul. 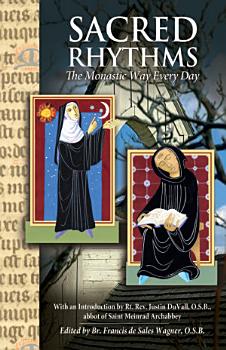 
Sacred Rhythms: The Monastic Way Every Day is a compilation of reflections originally published in our Notes from a Monastery series. Gathered here under the themes of prayer, work, faithfulness, and conversion, these meditations showcase the knowledge of religious and lay authors familiar with the Benedictine way of life.


Outlines practical methods through which Christians can reconnect with God's natural and spiritual rhythms, sharing advice on how to establish a peaceful pace within a frenzied or high-pressure schedule. Original. 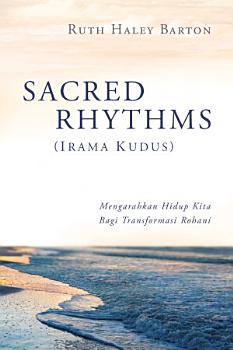 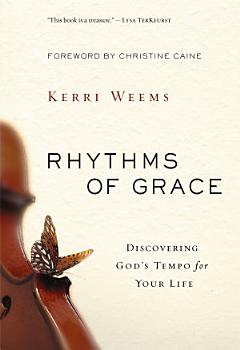 
Life is not a sprint; it’s a marathon. These well-known words of wisdom remind us to pace ourselves in the journey of life so we reach the finish line with no regrets. Pacing yourself is not as easy as it sounds. Life tends to take on a pace of its own which when left unchecked, will drive us toward burnout and fatigue. We can easily become driven by care, worry, and ambition rather than led by the Holy Spirit. We may tend to think of burnout as a modern problem, but we can see that people in Jesus’ day felt their own kind of spiritual and emotional fatigue. Why else would Jesus have said these comforting words? Are you tired? Worn out? Burned out on religion? Come to me. Get away with me and you’ll recover your life. I’ll show you how to take a real rest. Walk with me and work with me—watch how I do it. Learn the unforced rhythms of grace. I won’t lay anything heavy or ill-fitting on you. Keep company with me and you’ll learn to live freely and lightly (Matt. 11:28-30; The Message). Even though he spoke these words more than two millennia ago, Jesus’ call to rest and peace seem tailor-made to fit this generation. Author Kerri Weems had let the pace and rhythm of her life get out of control. At first the consequences were only physical, but they quickly impacted her spiritual life. Since then, God has been teaching her to walk in time with him; he is teaching her to be led rather than driven. In this book, she opens up her life and shares this journey with the reader. God’s best for each of us is that we go the full distance of our race, and not just crawl exhausted across the finish line. God wants us to enjoy the race and cross the line with our heads held high, a smile on our faces, and our arms lifted in a double fist-punch! Getting to that moment is all about learning the rhythms of grace and pacing ourselves for the long run. 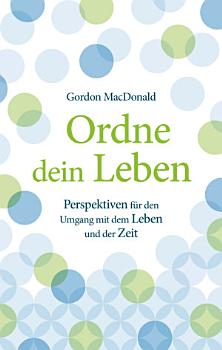 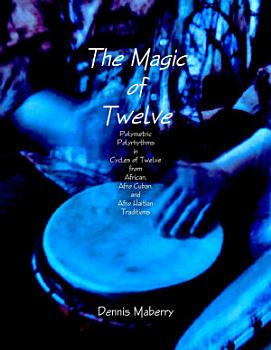 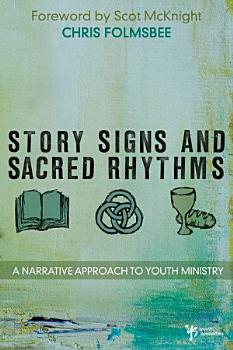 
"Today’s teens are even more passionate about changing the world than the generation before them. They are learning just how closely their lives tie in to God’s sweeping story of redemption. And as they see how their journeys of faith are connected to an ongoing story, they are asking how to go deeper into that story. So how can we help align their passion with God’s mission so that their lives and the world can be changed? Story, Signs, and Sacred Rhythms presents a new model for youth ministry that is relevant to the missional church and the changing culture. After challenging youth pastors around the world to consider A New Kind of Youth Ministry, Chris Folmsbee now brings a practical approach to youth ministry that will: • offer a clear and compelling vision of a narrative-missional youth ministry • present a theologically rich and accurate summary of God’s story and mission • equip you with an approach to youth ministry that enables you to create, sustain, and refine environments for Christian transformation • unpack a ministry design that’s customizable, measurable, and evaluative, allowing you to refine and change course as needed • empower you to transform an emerging generation, resulting in teens joining God in his mission to restore the world By exploring a narrative approach that is about God’s story, looking at the signs of God, which are God’s images and metaphors to guide our lives, and discovering the saintly cadences that provide the connection between God and mission, you’ll find concepts and ideologies of an entirely new way of thinking about and doing youth ministry." 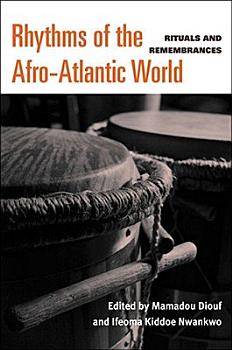 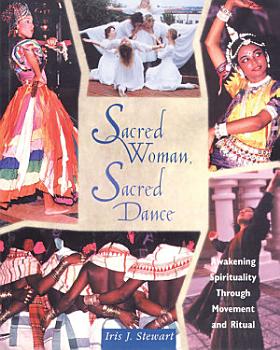 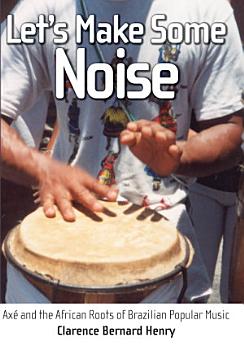 
Clarence Bernard Henry's book is a culmination of several years of field research on sacred and secular influences of àsé, the West African Yoruba concept that spread to Brazil and throughout the African Diaspora. Àsé is imagined as power and creative energy bestowed upon human beings by ancestral spirits acting as guardians. In Brazil, the West African Yoruba concept of àsé is known as axé and has been reinvented, transmitted, and nurtured in Candomblé, an Afro-Brazilian religion that is practiced in Salvador, Bahia. The author examines how the concepts of axé and Candomblé religion have been appropriated and reinvented in Brazilian popular music and culture. Featuring interviews with practitioners and local musicians, the book explains how many Brazilian popular music styles such as samba, bossa nova, samba-reggae, ijexá, and axé have musical and stylistic elements that stem from Afro-Brazilian religion. The book also discusses how young Afro-Brazilians combine Candomblé religious music with African American music such as blues, jazz, gospel, soul, funk, and rap. Henry argues for the importance of axé as a unifying force tying together the secular and sacred Afro-Brazilian musical landscape. 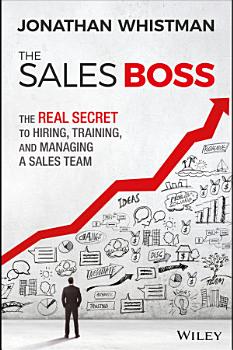 
The step-by-step guide to a winning sales team The Sales Boss reveals the secrets to great sales management, and provides direct examples of how you can start being that manager today. The not-so-secret "secret" is that a winning sales team is made up of high performers—but many fail to realize that high performance must be collective. A single star cannot carry the entire team, and it's the sales manager's responsibility to build a team with the right balance of skills, strengths, and weaknesses. This book shows you how to find the exact people you need, bring them together, and empower them to achieve more than they ever thought possible. You'll learn what drives high performance, and how to avoid the things that disrupt it. You'll discover the missing pieces in your existing training, and learn how to invest in your team to win. You'll come away with more than a better understanding of great sales management—you'll have a concrete plan and an actionable list of steps to take starting right now. Your people are the drivers, but you're the operator. As a sales manager, it's up to you to give your team the skills and tools they need to achieve their potential and beyond. This book shows you how, and provides expert guidance for making it happen. Delve into the psychology behind peak performance Hire the right people at the right time for the right role Train your team to consistently outperform competitors Build and maintain the momentum of success to reach even higher Without sales, business doesn't happen. No mortgages paid, no college funds built, no retirement saved for, until the sales team brings in the revenue. If the sales team wins, the organization wins. Build your winning team with The Sales Boss, the real-world guide to great sales management. 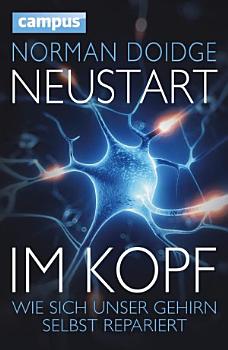 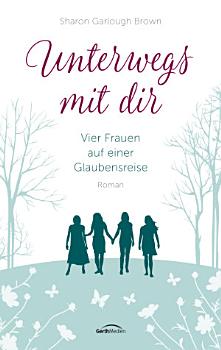 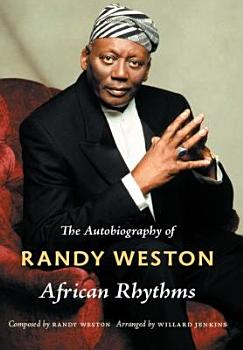 
The pianist, composer, and bandleader Randy Weston is one of the world’s most influential jazz musicians and a remarkable storyteller whose career has spanned five continents and more than six decades. Packed with fascinating anecdotes, African Rhythms is Weston’s life story, as told by him to the music journalist Willard Jenkins. It encompasses Weston’s childhood in Brooklyn’s Bedford-Stuyvesant neighborhood—where his parents and other members of their generation imbued him with pride in his African heritage—and his introduction to jazz and early years as a musician in the artistic ferment of mid-twentieth-century New York. His music has taken him around the world: he has performed in eighteen African countries, in Buddhist temples and Shinto shrines, in the Canterbury Cathedral, and at the grand opening of the Bibliotheca Alexandrina: The New Library of Alexandria. Africa is at the core of Weston’s music and spirituality. He has traversed the continent on a continuous quest to learn about its musical traditions, produced its first major jazz festival, and lived for years in Morocco, where he opened a popular jazz club, the African Rhythms Club, in Tangier. Weston’s narrative is replete with tales of the people he has met and befriended, and with whom he has worked. He describes his unique partnerships with Langston Hughes, the musician and arranger Melba Liston, and the jazz scholar Marshall Stearns, as well as his friendships and collaborations with Duke Ellington, Dizzy Gillespie, Coleman Hawkins, Thelonious Monk, Billy Strayhorn, Max Roach, Charlie Parker, Miles Davis, the novelist Paul Bowles, the Cuban percussionist Candido Camero, the Ghanaian jazz artist Kofi Ghanaba, the Gnawa musicians of Morocco, and many others. With African Rhythms, an international jazz virtuoso continues to create cultural history.