Home/Search Results for "say it loud" 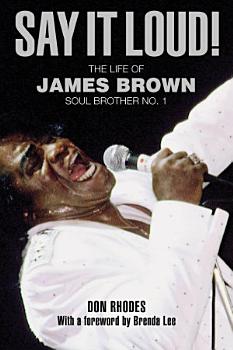 
When Don Rhodes took his seat not far behind Michael Jackson at the funeral of the “Godfather of Soul” on December 30, 2006, it marked the close of a forty-year friendship. In Say It Loud! Rhodes pays tribute to James Brown and his storied career, with a close and comprehensive look at the life of the legendary singer at his home in Augusta, Georgia, and the family he left behind. From the evolution of Brown’s fiery, uniquely rhythmic musical style to his social activism, world travels, run-ins with the law, and four marriages (and uncertain number of affairs), Rhodes provides a sensitive but candid look at the life of the man behind such hits as “I Feel Good,” “Please, Please, Please,” “Sex Machine,” and “Say It Loud—I’m Black and I’m Proud.” He takes us back to the 1960s, when James Brown and other American soul and rock artists were relieved to find that they had nothing to fear from the Beatles and other British artists taking America by storm—indeed, as some of the Brits acknowledged, the Americans had inspired them. Mick Jagger, whose dance steps were influenced by Brown, once said of him, “His show didn’t just have to do with the artist but had to do with the audience. . . . Their reaction was always . . . like being in a church.” Unlike his friend Elvis Presley, James Brown went on to be a frequent global traveler, adored by fans throughout the world. Say It Loud! bears out the reputation of the man with the famous cape as “the hardest-working man in show business,” bringing us the full story of a conscientious performer and consummate professional with a fascinating and controversial personal life. Never-before-published photos, as well as anecdotes from an enduring friendship and details of Brown’s life at home, will further ensure that music fans of all ages will cherish this tribute to an American icon by a longtime friend. 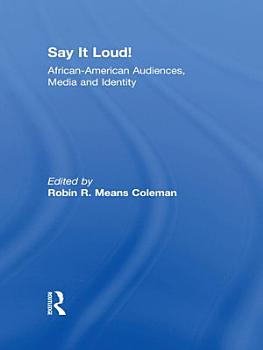 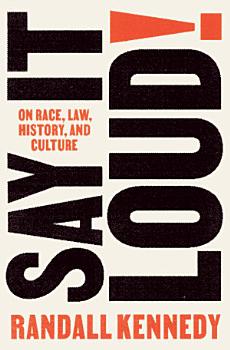 
In a magnum opus that spans two decades, Harvard Law School professor Randall Ken­nedy, one of our preeminent legal scholars and public intellectuals, gives us twenty-nine provocative essays—some previously published, others written for this occasion—that explore key social justice issues of our time. Informed by sharpness of observation and often courting controversy, deep fellow feeling, decency, and wit, Say It Loud! includes: The George Floyd Moment: Promise and Peril • Isabel Wilkerson, the Election of 2020, and Racial Caste • The Princeton Ultimatum: Anti­racism Gone Awry • The Constitutional Roots of “Birtherism” • Inequality and the Supreme Court • “Nigger”: The Strange Career Contin­ues • Frederick Douglass: Everyone’s Hero • Remembering Thurgood Marshall • Why Clar­ence Thomas Ought to Be Ostracized • The Politics of Black Respectability • Policing Ra­cial Solidarity In each essay, Kennedy is mindful of com­plexity, ambivalence, and paradox, and he is always stirring and enlightening. Say It Loud! is a wide-ranging summa of Randall Kennedy’s thought on the realities and imaginaries of race in America. 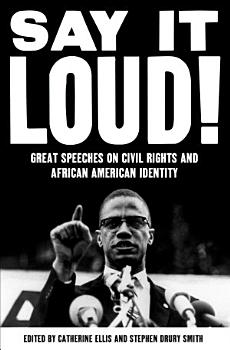 
Following Say It Plain, a collection of speeches that provides “a sweeping perspective on evolving issues of black identity in the struggle for equality” (Booklist). In “full-throated public oratory, the kind that can stir the soul”, Say It Plain collected and transcribed speeches by some of the twentieth century’s leading African American cultural, literary, and political figures. Many of the speeches were never before available in printed form (Minneapolis Star-Tribune). Following the success of that groundbreaking volume, the Say It Loud! book adds new depth to the history of the modern struggle for racial equality and civil rights—focusing directly on the pivotal questions black America grappled with during the past four decades of resistance. With recordings unearthed from libraries and sound archives, and made widely available here for the first time, Say It Loud! includes powerful speeches by Malcolm X, Angela Davis, Martin Luther King Jr., James H. Cone, Toni Morrison, Colin Powell, and many others. Bringing the rich immediacy of the spoken word to a vital historical and intellectual tradition, Say It Loud! illuminates the diversity of ideas and arguments pulsing through the black freedom movement. 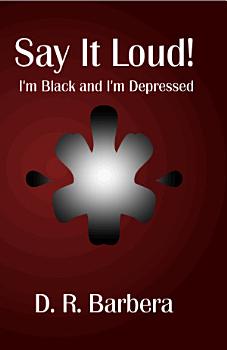 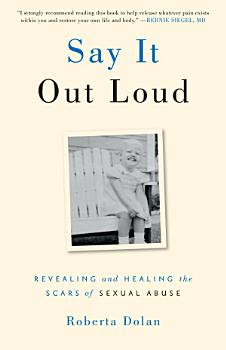 
Breaking the silence about sexual abuse is vital—but it’s only the first step. What happens next? For most survivors, the wounds caused left by such abuse are often left to fester, slowly destroying their lives. Say It Out Loud—a unique blend of memoir and how-to—exposes the emotional scars of sexual abuse and explains the process of healing. In straightforward prose, step by step, Roberta Dolan provides readers with tangible healing strategies, including journaling, visualization, and more, that she employed during her own years in therapy for a childhood of sexual abuse. Inspiring and accessible, Say It Out Loud offers guidance and support for any kind of healing journey, equipping readers with the skills and courage to transform a life of darkness into one of joy. 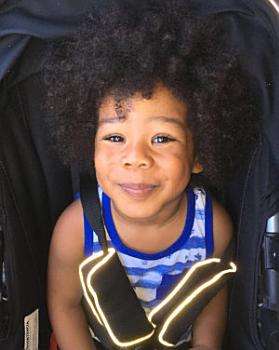 
This journal is free space and a daily affirmation book to remind you everyday how good you really are. Read this book for 3 weeks and watch your life change. Tell your self daily and repeat as often 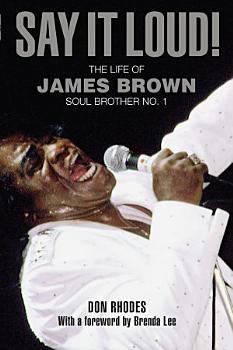 
Described as "the hardest-working man in show business" James Brown's life story is that of a conscientious performer and consummate professional with a fascinating and controversial personal life. Anecdotes from a forty-year friendship and details of his life "at home" are featured in this comprehensive biography of The Godfather of Soul. 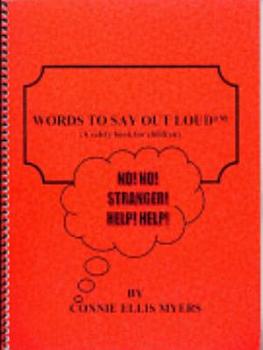 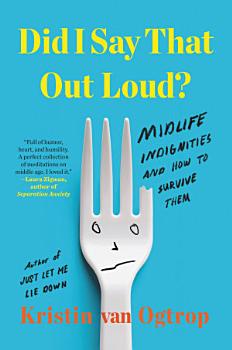 
Enjoy this hilarious and deeply insightful take on the indignities of middle age and how to weather them with grace—from the former editor-in-chief of Real Simple. "A pure pleasure to read." (Cathi Hanauer, author of Gone) Do you hate the term “middle age?” So does Kristin van Ogtrop, who is still trying to come up with a less annoying way to describe those years when you find yourself both satisfied and outraged, confident and confused, full of appreciation but occasional disdain for the world around you. Like an intimate chat with your best friend, this mostly funny, sometimes sad, always affirming volume from longtime magazine journalist van Ogtrop is a celebration of that period of life when mild humiliations are significantly outweighed by a self-actualized triumph of the spirit. Finally! Featuring stories from her own life, as well as anecdotes from her unwitting friends and family, van Ogtrop encourages you to laugh at the small irritations of midlife: neglectful children, stealth insomnia, forks that try to kill you, t.v. remotes that won’t find Netflix, abdominal muscles that can’t seem to get the job done. But also to acknowledge the things you may have lost: innocence, unbridled optimism, smooth skin. Dear friends. Parents. It’s all here: the sublime and the ridiculous, living together in the pages of this book as they do in your heart, like a big messy family, in this no-better-term-for-it middle age. 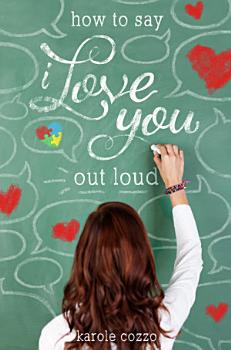 
When Jordyn's autistic brother joins her at her elite school, she's determined not to let anyone know they're related. Even if that means closing herself off to all her closest friends, including charming football, stud Alex Colby. But despite her best intentions, she just can't shake the memory of kissing Alex last summer, and the desire to do it again. Can Jordyn find the courage to tell Alex how she really feels - and the truth about her family - before he slips away forever? 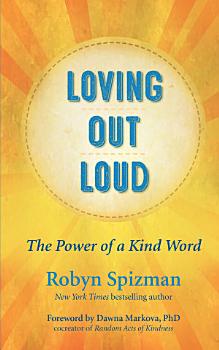 
Loving Out Loud is a little book with a big message: you have the power to make a positive impact on someone's day, every day, and it isn't nearly as hard as you think. Robyn Spizman has spent her career ﬁnding ways to make others happy with gifts and actions. Observing how the smallest compliment or remark of appreciation can transform an awkward moment into one of connection and joy, she set out to ﬁnd words and acts designed to let someone else know we are paying attention, we care, and we appreciate them. With LOL Snapshots and LOL daily suggestions in numerous categories, Loving Out Loud is poised to inspire a movement toward a kinder, more engaged community. 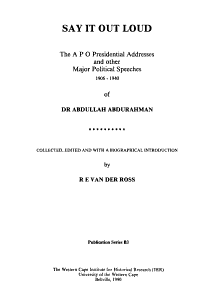 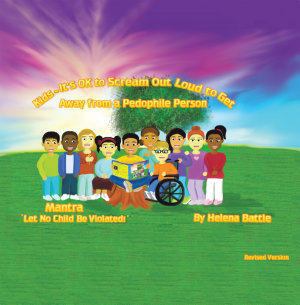 
This book is about teaching and empowering your children to protect themselves. I intentionally wrote the book with a lot of repetitiveness so that children will “get it.” Please let your kids know that most people are OK. In spite of all that they have to know what to look for and how to protect themselves against people who are not OK, no matt er whom it may be. Let no child be violated! 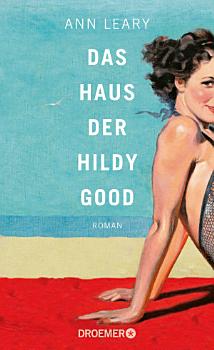 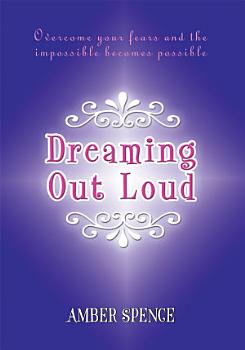 
Are you stuck in a job that is unfulfilling but don't know how to move out of your comfort zone? Do you know what you want to do with your life but are too afraid to voice your desires for fear that someone may laugh or tell you it is impossible? Do you constantly make excuses or doubt your ability to do with your life what you've always wanted to do? If you can answer "yes" to any of these questions, Dreaming Out Loud: Overcome Your Fears and the Impossible Becomes Possible can help.Written to inspire anyone who has been consumed with curiosity over the ever present "what if", Dreaming Out Loud will help you to make your dream a reality. Most books on positive thinking encourage you to adopt an optimistic attitude. But Dreaming Out Loud takes you several steps further. Author Amber Spence uses her own personal story to show you how to lead a life rich in happiness by removing negative thoughts, eliminating excuses, and overcoming fears.Spence also presents valuable information that will allow you to take additional steps toward your divine purpose. Dreaming Out Loud incorporates Web sites, helpful tips, and suggestions to assist any individual in locating the resources necessary to fulfill their goals and turn dreams into reality. 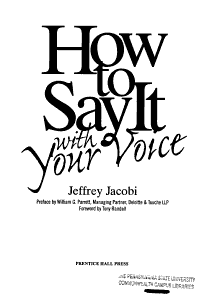 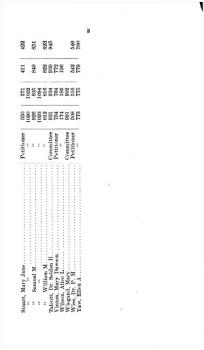