Home/Search Results for "small books for the common man" 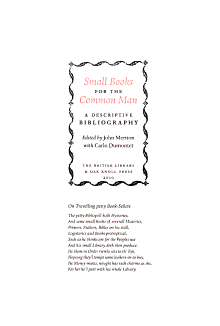 
"Analytical bibliography of the National Art Library's collection of literary ephemera of the mid-eighteenth to the mid-nineteenth century. Nearly 800 titles described in detail, including histories, tales, verse collections, primers, alphabets, and allowing accurate identification and verification with other collections. Includes reproduced illustrations from all books described"--Provided by publisher.


"Analytical bibliography of the National Art Library's collection of literary ephemera of the mid-eighteenth to the mid-nineteenth century. Nearly 800 titles described in detail, including histories, tales, verse collections, primers, alphabets, and allowing accurate identification and verification with other collections. Includes reproduced illustrations from all books described"--Provided by publisher. 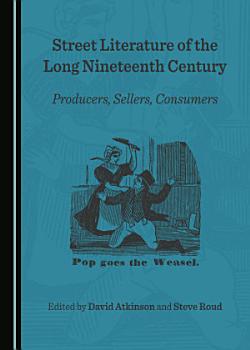 
For centuries, street literature was the main cheap reading material of the working classes: broadsides, chapbooks, songsters, prints, engravings, and other forms of print produced specifically to suit their taste and cheap enough for even the poor to buy. Starting in the sixteenth century, but at its chaotic and flamboyant peak in the nineteenth, street literature was on sale everywhere – in urban streets and alleyways, at country fairs and markets, at major sporting events and holiday gatherings, and under the gallows at public executions. For this very reason, it was often despised and denigrated by the educated classes, but remained enduringly popular with the ordinary people. Anything and everything was grist to the printers’ mill, if it would sell. A penny could buy you a celebrity scandal, a report of a gruesome murder, the last dying speech of a condemned criminal, wonder tales, riddles and conundrums, a moral tale of religious danger and redemption, a comic tale of drunken husbands and shrewish wives, a temperance tract or an ode to beer, a satire on dandies, an alphabet or “reed-a-ma-daisy” (reading made easy) to teach your children, an illustrated chapbook of nursery rhymes, or the adventures of Robin Hood and Jack the Giant Killer. Street literature long held its own by catering directly for the ordinary people, at a price they could afford, but, by the end of the Victorian era, it was in terminal decline and was rapidly being replaced by a host of new printed materials in the shape of cheap newspapers and magazines, penny dreadful novels, music hall songbooks, and so on, all aimed squarely at the burgeoning mass market. Fascinating today for the unique light it shines on the lives of the ordinary people of the age, street literature has long been neglected as a historical resource, and this collection of essays is the first general book on the trade for over forty years. 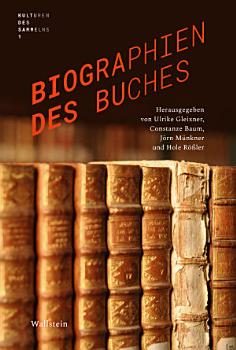 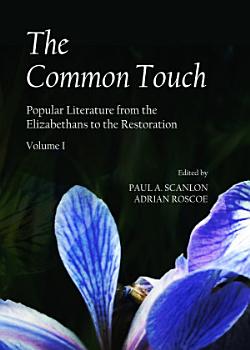 
During the Elizabethan Age and for the following hundred and fifty years, such figures as Shakespeare and Jonson, Milton and Pope dominated the English literary scene. But what was the vast majority of society really watching, reading and singing? This pioneering anthology, set in two volumes, attempts to answer this question by offering a wide selection of material, ranging from broadside ballads and drolls to witch trial reports and political newsbooks. 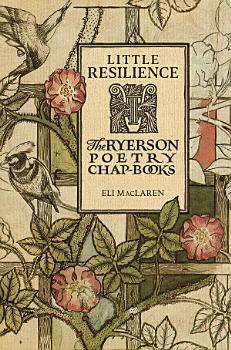 
The Ryerson Poetry Chap-Books were a landmark achievement in Canadian poetry. Edited by Lorne Pierce, the series lasted for thirty-seven years (1925-62) and comprised two hundred titles by writers from Newfoundland to British Columbia, over half of whom were women. By examining this editorial feat, Little Resilience offers a new history of Canadian poetry in the twentieth century. Eli MacLaren analyzes the formation of the series in the wake of the First World War, at a time when small presses had proliferated across the United States. Pierce's emulation of them produced a series that contributed to the historic shift in the meaning of the term "chapbook" from an antique of folk culture to a brief collection of original poetry. By retreating to the smallest of forms, Pierce managed to work against the dominant industry pattern of the day - agency publishing, or the distribution of foreign editions. Original case studies of canonical and forgotten writers push through the period's defining polarity (modernism versus romanticism) to create complex portraits of the author during the Depression, the Second World War, and the 1950s. The stories of five Ryerson poets - Nathaniel A. Benson, Anne Marriott, M. Eugenie Perry, Dorothy Livesay, and Al Purdy - reveal poetry in Canada to have been a widespread vocation and a poor one, as fragile as it was irrepressible. The Ryerson Poetry Chap-Books were an unprecedented initiative to publish Canadian poetry. Little Resilience evaluates the opportunities that the series opened for Canadian poets and the sacrifices that it demanded of them. 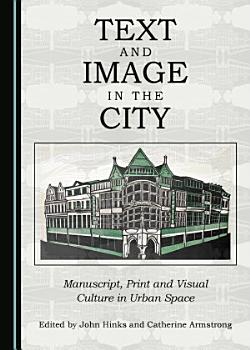 
The essays in this collection discuss how the city is ‘textualized’, and address many aspects of how texts and images are written and produced in, and about, cities. They demonstrate how urban texts and images provoke reactions, in city-dwellers, visitors, civic and political actors, that, in turn, impact upon the shape of the city itself. Many kinds of urban texts – both manuscript and print – are discussed, including chapbooks, periodicals, poetry, graffiti and street-signs. The essays derive from a range of disciplines including book history, urban history, cultural history, literary studies, art history and urban planning, and explore some key questions in urban cultural history, including the relationship between text, image and the city; the function of the text or image within an urban environment; how urban texts and images have been used by those in positions of power and by those with little or no power; the ways in which urban identity and values have been reflected in ‘street literature’, graffiti and subversive texts and images; and whether theories of urban space can help us to understand the relationship between text, image and the city. As such, this volume will serve to enhance the reader’s understanding of the nature of urbanism from a historical perspective, the creation and representation of urban space, and the processes of urbanization. It investigates how the creation, distribution and consumption of urban texts and images actively affect the shaping of the city itself – a mutually constitutive process whereby text, image and city create and sustain each other. 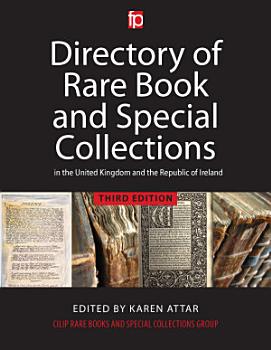 
This directory is a handy on-volume discovery tool that will allow readers to locate rare book and special collections in the British Isles. Fully updated since the second edition was published in 1997. this comprehensive and up-to-date guide encompasses collections held in libraries, archives, museums and private hands. The Directory: Provides a national overview of rare book and special collections for those interested in seeing quickly and easily what a library holds Directs researchers to the libraries most relevant for their research Assists libraries considering acquiring new special collections to assess the value of such collections beyond the institution,showing how they fit into a ‘unique and distinctive’ model. Each entry in the Directory provides background information on the library and its purpose, full contact details, the quantity of early printed books, information about particular subject and language strengths, information about unique works and important acquisitions, descriptions of named special collections and deposited collections. Readership: Researchers, academic liaison librarians and library managers. 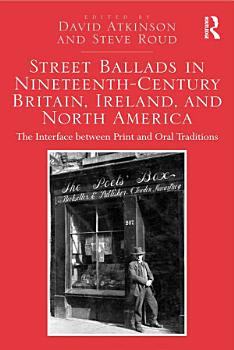 
In recent years, the assumption that traditional songs originated from a primarily oral tradition has been challenged by research into ’street literature’ - that is, the cheap printed broadsides and chapbooks that poured from the presses of jobbing printers from the late sixteenth century until the beginning of the twentieth. Not only are some traditional singers known to have learned songs from printed sources, but most of the songs were composed by professional writers and reached the populace in printed form. Street Ballads in Nineteenth-Century Britain, Ireland, and North America engages with the long-running debate over the origin of traditional songs by examining street literature’s interaction with, and influence on, oral traditions. 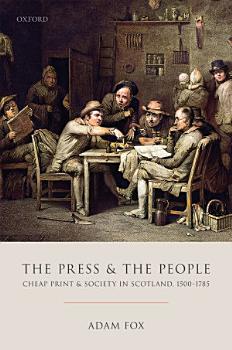 
The Press and the People is the first full-length study of cheap print in early modern Scotland. It traces the production and distribution of ephemeral publications from the nation's first presses in the early sixteenth century through to the age of Burns in the late eighteenth. It explores the development of the Scottish book trade in general and the production of slight and popular texts in particular. Focusing on the means by which these works reached a wide audience, it illuminates the nature of their circulation in both urban and rural contexts. Specific chapters examine single-sheet imprints such as ballads and gallows speeches, newssheets and advertisements, as well as the little pamphlets that contained almanacs and devotional works, stories and songs. The study demonstrates just how much more of this literature was once printed than now survives and argues that Scotland had a much larger market for such material than has been appreciated hitherto. By illustrating the ways in which Scottish printers combined well-known titles from England with a distinctive repertoire of their own, The Press and the People transforms our understanding of popular culture in early modern Scotland and Britain more widely.