Home/Search Results for "terror on the chesapeake" 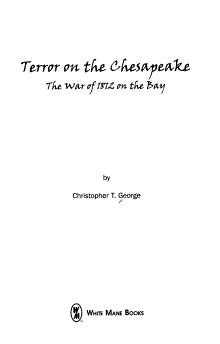 
"For nearly two years during the War of 1812, the British treated the Chesapeake Bay as their private lake. But in 1814, as attention moved from the northern frontier to the mid-Atlantic region, the Americans fought back and drove the invaders from the bay. Christopher T. George traces the abuses of the inhabitants of the Chesapeake Bay by Royal Navy raiding parties under arrogant Rear Admiral George Cockburn. Cockburn's burning and pillaging of bay communities preceded the burning of our nation's capital, Washington, D.C., on August 24-25, 1814, by Major General Robert Ross. Cockburn persuaded Ross that the Americans could not stand up to Lord Wellington's Peninsular War veterans. But he miscalculated when it came to attacking Baltimore, where citizen soldiers, strongly led by Revolutionary War veterans Generals Samuel Smith and John Stricker, and backed by U.S. Navy regulars, held the British at bay, killing Ross and reclaiming American pride."--BOOK JACKET.Title Summary field provided by Blackwell North America, Inc. All Rights Reserved 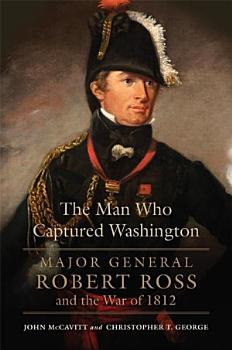 
An Irish officer in the British Army, Major General Robert Ross (1766–1814) was a charismatic leader widely admired for his bravery in battle. Despite a military career that included distinguished service in Europe and North Africa, Ross is better known for his actions than his name: his 1814 campaign in the Chesapeake Bay resulted in the burning of the White House and Capitol and the unsuccessful assault on Baltimore, immortalized in “The Star Spangled Banner.” The Man Who Captured Washington is the first in-depth biography of this important but largely forgotten historical figure. Drawing from a broad range of sources, both British and American, military historians John McCavitt and Christopher T. George provide new insight into Ross’s career prior to his famous exploits at Washington, D.C. Educated in Dublin, Ross joined the British Army in 1789, earning steady promotion as he gained combat experience. The authors portray him as an ambitious but humane commanding officer who fought bravely against Napoleon’s forces on battlefields in Holland, southern Italy, Egypt, and the Iberian Peninsula. Following the end of the war in Europe, while still recovering from a near-fatal wound, Ross was designated to lead an “enterprise” to America, and in August 1814 he led a small army to victory in the Battle of Bladensburg. From there his forces moved to the city of Washington, where they burned public buildings. In detailing this campaign, McCavitt and George clear up a number of misconceptions, including the claim that the British burned the entire city of Washington. Finally, the authors shed new light on the long-debated circumstances surrounding Ross’s death on the eve of the Battle of North Point at Baltimore. Ross’s campaign on the shores of the Chesapeake lasted less than a month, but its military and political impact was enormous. Considered an officer and a gentleman by many on both sides of the Atlantic, the general who captured Washington would in time fade in public memory. Yet, as McCavitt and George show, Ross’s strategies and achievements during the final days of his career would shape American defense policy for decades to come. 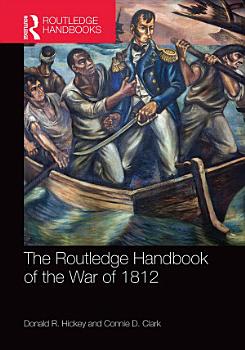 
The War of 1812 ranged over a remarkably large territory, as the fledgling United States battled Great Britain at sea and on land across what is now the eastern half of the U.S. and Canada. Native people and the Spanish were also involved in the war’s interrelated conflicts. Often overlooked, the War of 1812 has been the subject of an explosion of new research over the past twenty-five years. The Routledge Handbook of the War of 1812 brings together the insights of this research through an array of fresh essays by leading scholars in the field, offering an overview of current understandings of the war that will be a vital reference for students and researchers alike. The essays in this volume examine a wide range of military, political, social, and cultural dimensions of the war. With full consideration given to American, Canadian, British, and native viewpoints, the international group of contributors place the war in national and international context, chart the course of events in its different theaters, consider the war’s legacy and commemoration, and examine the roles of women, African Americans, and natives. Capturing the state of the field in a single volume, this handbook is a must-have resource for anyone with an interest in early America. 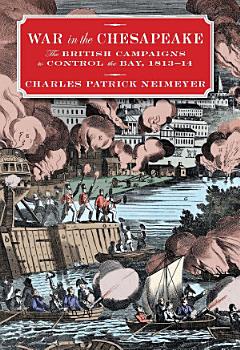 
In the early nineteenth century, the United States of America was far from united. The United States faced internal strife over the extent of governance and the rights of individual states. The United States’ relationship with their former colonial power was also uncertain. Britain impressed American sailors and supported Native Americans’ actions in the northwest and on the Canadian border. In the summer of 1812, President James Madison chose to go to war against Britain. War in the Chesapeake illustrates the causes for the War of 1812, the political impacts of the war on America, and the war effort in the Chesapeake Bay. The book examines the early war efforts, when both countries focused efforts on Canada and the Northwest front. Some historians claim Madison chose to go to war in an attempt to annex the neighboring British territories. The book goes on to discuss the war in the Chesapeake Bay. The British began their Chesapeake campaign in an effort to relieve pressure on their defenses in Canada. Rear Admiral George Cockburn led the resulting efforts, and began to terrorize the towns of the Chesapeake. From Norfolk to Annapolis, the British forces raided coastal towns, plundering villages for supplies and encouraging slaves to join the British forces. The British also actively campaigned against the large American frigates- seeing them as the only threat to their own naval superiority. War in the Chesapeake traces these British efforts on land and sea. It also traces the Americans’ attempts to arm and protect the region while the majority of the American regular forces fought on the Northwest front. In the summer campaign of 1814, the British trounced the Americans at Bladensburg, and burned Washington, D.C. Afterwards, the Baltimoreans shocked the British with a stalwart defense at Fort McHenry. The British leaders, Vice Admiral Sir Alexander Cochrane and Major General Robert Ross, did not expect strong resistance after their quick victories at Bladensburg. War in the Chesapeake tells the story of some of the earliest national heroes, including the defenders of Baltimore and naval leaders like John Rodgers and Stephen Decatur. The following December 1814, the United States and Britain signed the Treaty of Ghent, ending hostilities and returning North America to a peaceful status quo. The United States and neighboring Canada would not go to war on opposing sides again. The United States left the war slightly more unified and independent of the British. 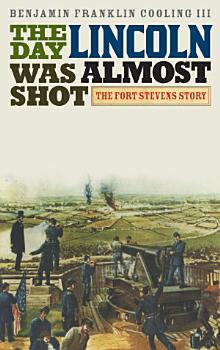 
The Day Lincoln Was Almost Shot: The Fort Stevens Story recounts the story of President Abraham Lincoln’s role in the Battle of Fort Stevens in July 1864. This engagement stands apart in American history as the only time a sitting American president came under enemy fire while in office. In this new study of this overlooked moment in American history, Cooling poses a troubling question: What if Lincoln had been shot and killed during this short battle, nine months prior to his death by John Wilkes Booth’s hand in Ford's Theater? A potential pivotal moment in the Civil War, the Battle of Fort Stevens could have changed—with Lincoln's demise—the course of American history. The Day Lincoln Was Almost Shot, however, is more than a meditation on an alternate history of the United States. It is also a close study of the attempt by Confederate general Jubal Early to capture Washington, DC, to remove Lincoln and the Union government from power, and to turn the tide of the Civil War in the South's favor. The dramatic events of this attempt to capture Washington—and the president with it—unfold in stunning detail as Cooling taps fresh documentary sources and offers a new interpretation of this story of the defense of the nation’s capital. Commemorating this largely forgotten and under-appreciated chapter in the study of Lincoln and the Civil War, The Day Lincoln Was Almost Shot is a fascinating look at this potential turning point in American history. 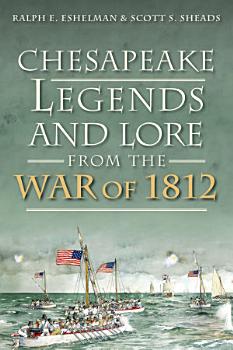 
In the two hundred years following the War of 1812, the Chesapeake Campaign became romanticized in tall tales and local legends. St. Michael's on the Eastern Shore of Maryland was famously cast as the town that fooled the British, and in Baltimore, the defenders of Fort McHenry were reputably rallied by a remarkably patriotic pet rooster. In Virginia, the only casualty in a raid on Cape Henry was reportedly the lighthouse keeper's smokehouse larder, while Admiral Cockburn was said to have supped by the light of the burning Federal buildings in Washington, D.C. Newspaper stories, ordinary citizens and even military personnel embellished events, and two hundred years later, those embellishments have become regional lore. Join historians Ralph E. Eshelman and Scott S. Sheads as they search for the history behind the legends of the War of 1812 in the Chesapeake. 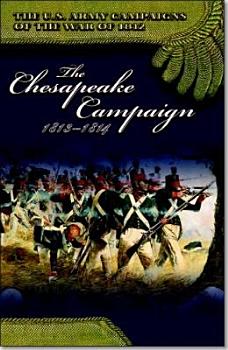 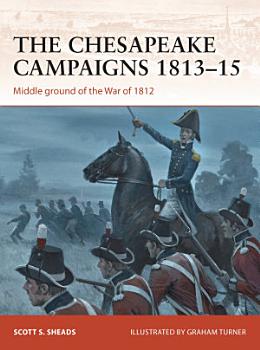 
The War of 1812 was never the most popular of conflicts on both sides of the Atlantic. Bogged down by their involvement in the Napoleonic conflict in Europe, the British largely relied on the power of the Royal Navy in the early years of the war. Part of this naval strategy was to blockade the American coastline in order to strangle American commerce and bring the new nation to its knees. Nowhere was this blockade more important than in the Chesapeake. Partly in response to the sacking of York (modern Toronto), the British decided to strike at the nation's capital, Washington, DC, and a force of Peninsular War veterans under General Robert Ross landed, defeated the Americans at the battle of Bladensburg and took Washington on August 24, 1814. Buoyed by this success, the British pressed on towards Baltimore. However, they were forced to withdraw at the battle of North Point, and a naval bombardment of Fort McHenry failed to reduce the fort and Baltimore was spared. With his intimate knowledge of the events in this theatre of war, Scott Sheads of Fort McHenry NPS brings these dramatic events of American history to life. 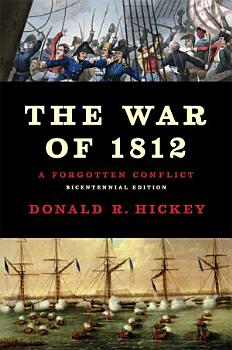 
This comprehensive and authoritative history of the War of 1812, thoroughly revised for the 200th anniversary of the historic conflict, is a myth-shattering study that will inform and entertain students, historians, and general readers alike. Donald R. Hickey explores the military, diplomatic, and domestic history of our second war with Great Britain, bringing the study up to date with recent scholarship on all aspects of the war, from the Gulf of Mexico to Canada. The newly expanded The War of 1812: A Forgotten Conflict, Bicentennial Edition includes additional information on the British forces, American Indians, and military operations such as the importance of logistics and the use and capabilities of weaponry. Hickey explains how the war promoted American nationalism and manifest destiny, stimulated peacetime defense spending, and enhanced America's reputation abroad. He also shows that the war sparked bloody conflicts between pro-war Republican and anti-war Federalist neighbors, dealt a crippling blow to American Indians, and solidified the United States's antipathy toward the British. 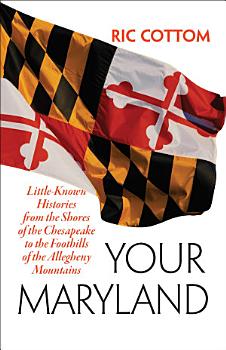 
All of that color, suspense, and humor—as well as the author’s unusual talent for discovering interesting historical facts and personages—is part of your Maryland.