Home/Search Results for "the black death"


*Includes pictures *Includes accounts of the plague written by survivors across Europe *Includes a bibliography for further reading "The trend of recent research is pointing to a figure more like 45-50% of the European population dying during a four-year period. There is a fair amount of geographic variation. In Mediterranean Europe, areas such as Italy, the south of France and Spain, where plague ran for about four years consecutively, it was probably closer to 75-80% of the population. In Germany and England ... it was probably closer to 20%.." - Philip Daileader, medieval historian If it is true that nothing succeeds like success, then it is equally true that nothing challenges like change. People have historically been creatures of habit and curiosity at the same time, two parts of the human condition that constantly conflict with each other. This has always been true, but at certain moments in history it has been abundantly true, especially during the mid-14th century, when a boon in exploration and travel came up against a fear of the unknown. Together, they both introduced the Black Death to Europe and led to mostly incorrect attempts to explain it. The Late Middle Ages had seen a rise in Western Europe's population in previous centuries, but these gains were almost entirely erased as the plague spread rapidly across all of Europe from 1346-1353. With a medieval understanding of medicine, diagnosis, and illness, nobody understood what caused Black Death or how to truly treat it. As a result, many religious people assumed it was divine retribution, while superstitious and suspicious citizens saw a nefarious human plot involved and persecuted certain minority groups among them. Though it is now widely believed that rats and fleas spread the disease by carrying the bubonic plague westward along well-established trade routes, and there are now vaccines to prevent the spread of the plague, the Black Death gruesomely killed upwards of 100 million people, with helpless chroniclers graphically describing the various stages of the disease. It took Europe decades for its population to bounce back, and similar plagues would affect various parts of the world for the next several centuries, but advances in medical technology have since allowed researchers to read various medieval accounts of the Black Death in order to understand the various strains of the disease. Furthermore, the social upheaval caused by the plague radically changed European societies, and some have noted that by the time the plague had passed, the Late Middle Ages would end with many of today's European nations firmly established. The Black Death: The History and Legacy of the Middle Ages' Deadliest Plague chronicles the origins and spread of a plague that decimated Europe and may have wiped out over a third of the continent's population. Along with pictures and a bibliography, you will learn about the Black Death like never before, in no time at all. 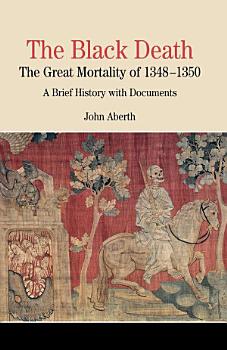 
A fascinating account of the phenomenon known as the Black Death, this volume offers a wealth of documentary material focused on the initial outbreak of the plague that ravaged the world in the 14th century. A comprehensive introduction that provides important background on the origins and spread of the plague is followed by nearly 50 documents organized into topical sections that focus on the origin and spread of the illness; the responses of medical practitioners; the societal and economic impact; religious responses; the flagellant movement and attacks on Jews provoked by the plague; and the artistic response. Each chapter has an introduction that summarizes the issues explored in the documents; headnotes to the documents provide additional background material. The book contains documents from many countries - including Muslim and Byzantine sources - to give students a variety of perspectives on this devastating illness and its consequences. The volume also includes illustrations, a chronology of the Black Death, and questions to consider. 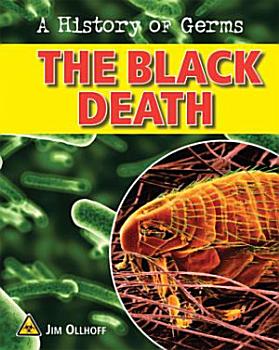 
Germs are everywhere--in your mouth, on your clothes, on everything you touch. Some we can't live without; others are microscopic killing machines. This title looks at the fascinating struggle to understand and control the spread of one of mankind's deadliest plagues, The Black Death. Readers will learn all about the Black Death, from the causes to the desperate cures to the end. ABDO & Daughters is an imprint of ABDO Publishing Company. 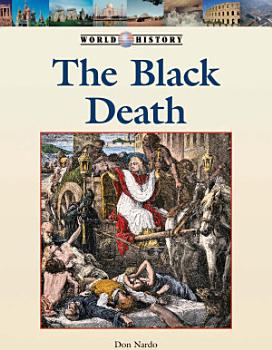 
The worst pandemic in recorded history, it is estimated that the Black Death infected two in three Europeans, resulting in the deaths of around 25 million, or a third of the population of the continent. Author Don Nardo explores the complex moral, economic, and scientific implications of the Black Death. Chapters facilitate critical conversations from diverse perspectives to provide a broad understanding of the plague, including the origin of the disease, the hysteria and panic that consumed entire populations, the effects to the economy and culture of the areas affected, and recurrences of plague in later ages. 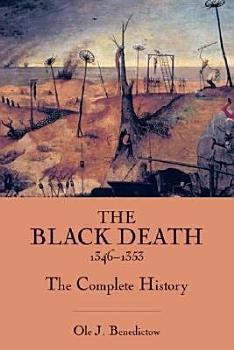 
New research, drawing on records from across Europe, throws light on the nature of the disease, its origin, spread, mortality, and its impact on history. 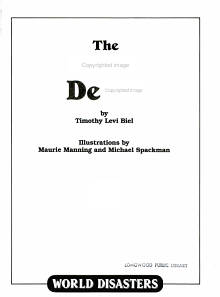 
Describes the social and economic conditions in medieval Europe at the outbreak of the Black Death and the causes and effects of the epidemic. 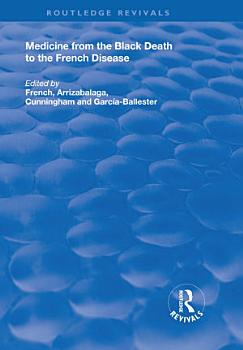 
Published in 1998, covering the period from the triumphant economic revival of Europe after the collapse of the Western Roman Empire, this book offers an examination of the state of contemporary medicine and the subsequent transplantation of European medicine worldwide. 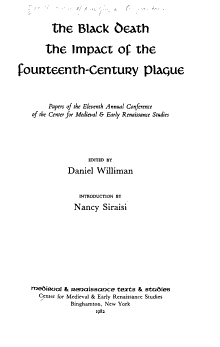 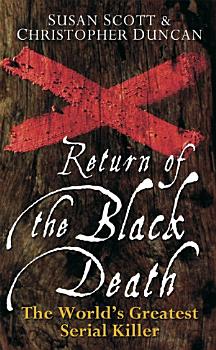 
If the twenty-first century seems an unlikely stage for the return of a 14th-century killer, the authors of Return of the Black Death argue that the plague, which vanquished half of Europe, has only lain dormant, waiting to emerge again—perhaps, in another form. At the heart of their chilling scenario is their contention that the plague was spread by direct human contact (not from rat fleas) and was, in fact, a virus perhaps similar to AIDS and Ebola. Noting the periodic occurrence of plagues throughout history, the authors predict its inevitable re-emergence sometime in the future, transformed by mass mobility and bioterrorism into an even more devastating killer.