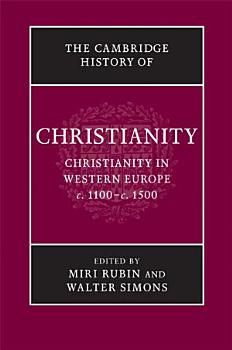 
During the early middle ages, Europe developed complex and varied Christian cultures, and from about 1100 secular rulers, competing factions and inspired individuals continued to engender a diverse and ever-changing mix within Christian society. This volume explores the wide range of institutions, practices and experiences associated with the life of European Christians in the later middle ages. The clergy of this period initiated new approaches to the role of priests, bishops and popes, and developed an ambitious project to instruct the laity. For lay people, the practices of parish religion were central, but many sought additional ways to enrich their lives as Christians. Impulses towards reform and renewal periodically swept across Europe, led by charismatic preachers and supported by secular rulers. This book provides accessible accounts of these complex historical processes and entices the reader towards further enquiry.


This History offers a wide-ranging overview of the rich and varied life of medieval European Christians and their institutions. 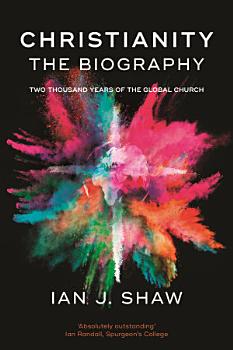 
Christianity: the Biography charts the life-story of Christianity from its birth and infancy among a handful of followers of Jesus Christ, through its years of development into a global religious movement, spanning continents and cultures, transcending educational and social backgrounds, with over two billion adherents. Ian Shaw offers an introductory orientation to the richness of the Christian tradition and its heritage around the world. This outline of the major phases, developments, movements, and personalities in Christianity’s life story over the two millennia is necessarily painted on a broad canvas. It is designed to open the subject up for more detailed study. As well as covering the well-trodden ground of the history of Christianity in the West, it also has a special concern for the story from the non-Western world. Christianity: the Biography encourages reflection on the lessons to be learned from the past, and seeks to avoid the tendency to draw a distinction between matters of faith or theology and history. Opening up Christianity’s biography should deepen theological understanding and build faith, and inspire a longing to meet the One behind the story. ‘What an original idea. Ian Shaw has presented the current scholarship in church history in a very engaging way. I hope this book is widely read... An absolutely outstanding volume!’ Ian Randall, Senior Research Fellow, Spurgeon’s College 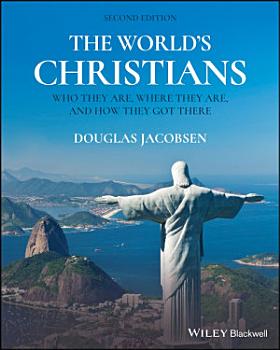 
This accessible textbook describes Christianity, the world’s largest religion, in all of its historical and contemporary diversity. No other publication includes so much information or presents it so clearly and winsomely. This volume employs a “religious studies” approach that is neutral in tone yet accommodates the lived experiences of Christians in different traditions and from all regions of the globe. The World’s Christians is a perfect textbook for either public university classrooms or liberal arts campuses. Divided into three parts, the text first describes the world’s four largest Christian traditions (Eastern Orthodox, Roman Catholic, Protestant, and Pentecostal) which together account for roughly 98 percent of all Christians worldwide. A second section focuses on Christian history, explaining the movement’s developing ideas and practices and examining Christianity’s engagement with people and cultures around the world. The third and longest portion of the text details the distinctive experiences, contemporary challenges, and demographics of Christians in nine geographic regions, including the Middle East, Sub-Saharan Africa, Latin America, Eastern and Western Europe, South Asia, North America, East Asia, and Oceania. The second edition of this popular text has been thoroughly rewritten to take recent developments into account, and each chapter now includes two primary source readings, highlighting the diversity of voices that exist within the world Christian movement. Like the first edition, the revised text is enhanced with easily understandable maps, charts, tables and illustrative photographs. In summary, this new and improved second edition of The World’s Christians is: div style="margin: 0px; padding: 0px; user-select: text; -webkit-user-drag: none; -webkit-tap-highlight-color: transparent; font-family: 'Segoe UI', 'Segoe UI Web', Arial, Verdana, sans-serif; font-size: 12px;" 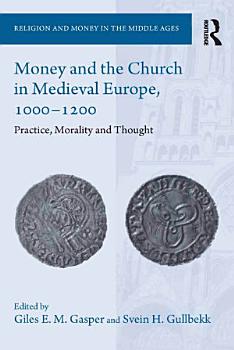 
Bringing together essays from experts in a variety of disciplines, this collection explores two of the most important facets of life within the medieval Europe: money and the church. By focusing on the interactions between these subjects, the volume addresses four key themes. Firstly it offers new perspectives on the role of churchmen in providing conceptual frameworks, from outright condemnation, to sophisticated economic theory, for the use and purpose of money within medieval society. Secondly it discusses the dichotomy of money for the church and its officers: on one hand voices emphasise the moral difficulties in engaging with money, on the other the reality of the ubiquitous use of money in the church at all levels and in places within Christendom. Thirdly it places in dialogue interdisciplinary perspectives and approaches, and evidence from philosophy, history, literature and material culture, to the issues of money and church. Lastly, the volume provides new perspectives on the role of the church in the process of monetization in the High Middle Ages. Concentrating on northern Europe, from the early eleventh century to the beginning of the thirteenth century, the collection is able to explore the profound changes in the use of money and the rise of a money-economy that this period and region witnessed. By adopting a multi-disciplinary approach, the collection challenges current understanding of how money was perceived, understood and used by medieval clergy in a range of different contexts. It furthermore provides wide-ranging contributions to the broader economic and ethical issues of the period, demonstrating how the church became a major force in the process of monetization. 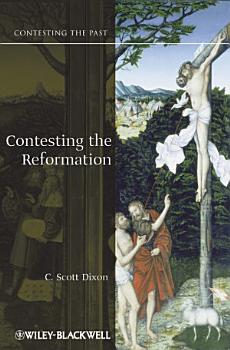 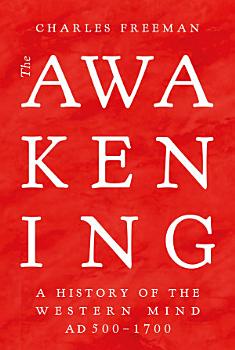 
A monumental and exhilarating history of European thought, from the fall of Rome in the fifth century AD to the Scientific Revolution thirteen centuries later. The Awakening traces the recovery and refashioning of Europe's classical heritage from the ruins of the Roman Empire. The process of preservation of surviving texts, fragile at first, was strengthened under the Christian empire founded by Charlemagne in the eighth century; later, during the High Middle Ages, universities were founded and the study of philosophy was revived. Renewed interest in ancient Greek and Roman thought provided the intellectual impetus for the Renaissance of the fifteenth and sixteenth centuries, whose ideas – aesthetic, political and scientific – were disseminated across Europe by the invention of the printing press. Equally momentous was Europe's encounter with the New World, and the resulting maritime supremacy which conferred global reach on Europe's merchants and colonists. Vivid in detail and informed by the latest scholarship, The Awakening is powered not by the fate of kings or the clash of arms but by deeper currents of thought, inquiry and discovery, which first recover and then surpass the achievements of classical antiquity, and lead the West to the threshold of the Age of Reason. Charles Freeman takes the reader on an enthralling journey, and provides us with a vital key to understanding the world we live in today. 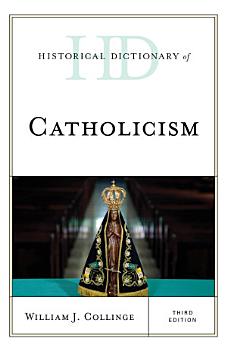 
Historical Dictionary of Catholicism, Third Edition contains a chronology, an introduction, a bibliography, the dictionary has more than 500 cross-referenced entries on themes such as baptism, contraception, labor, church architecture, the sexual abuse crisis, doctrine and theology, spirituality and worship, and church structure. 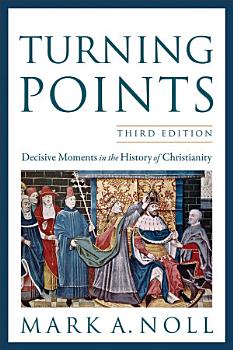 
In this popular introduction to church history, now in its third edition, Mark Noll isolates key events that provide a framework for understanding the history of Christianity. The book presents Christianity as a worldwide phenomenon rather than just a Western experience. Now organized around fourteen key moments in church history, this well-received text provides contemporary Christians with a fuller understanding of God as he has revealed his purpose through the centuries. This new edition includes a new preface; updates throughout the book; revised "further readings" for each chapter; and two new chapters, including one spotlighting Vatican II and Lausanne as turning points of the recent past. Students in academic settings and church adult education contexts will benefit from this one-semester survey of Christian history.