Home/Search Results for "the creole affair" 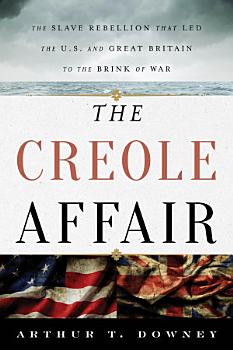 
The Creole Affair is the story of the most successful slave rebellion in American history, and the effects of that rebellion on diplomacy, the domestic slave trade, and the definition of slavery itself. Held against their will aboard the Creole—a slave ship on its way from Richmond to New Orleans in 1841—the rebels seized control of the ship and changed course to the Bahamas. Because the Bahamas were subject to British rule of law, the slaves were eventually set free, and these American slaves' presence on foreign soil sparked one of America's most contentious diplomatic battles with the UK, the nation in control of those remote islands. Though the rebellion appeared a success, the ensuing political battle between the United States and Britain that would lead the rivals to the brink of their third war, was just beginning. As such, The Creole Affair is just as importantly a story of diplomacy: of two extraordinary non-professional diplomats who cleverly resolved the tensions arising from this historic slave uprising that, had they been allowed to escalate, had the potential for catastrophe. 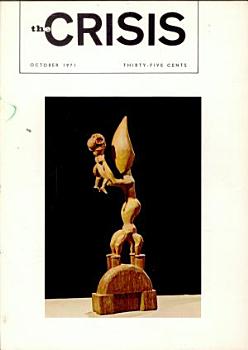 
The Crisis, founded by W.E.B. Du Bois as the official publication of the NAACP, is a journal of civil rights, history, politics, and culture and seeks to educate and challenge its readers about issues that continue to plague African Americans and other communities of color. For nearly 100 years, The Crisis has been the magazine of opinion and thought leaders, decision makers, peacemakers and justice seekers. It has chronicled, informed, educated, entertained and, in many instances, set the economic, political and social agenda for our nation and its multi-ethnic citizens. 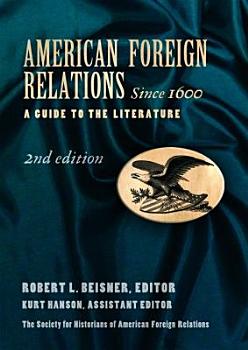 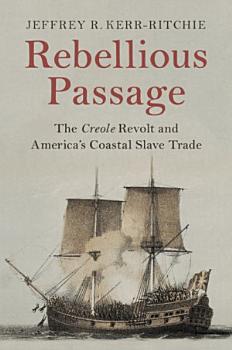 
In late October 1841, the Creole left Richmond with 137 slaves bound for New Orleans. It arrived five weeks later minus the Captain, one passenger, and most of the captives. Nineteen rebels had seized the US slave ship en route and steered it to the British Bahamas where the slaves gained their liberty. Drawing upon a sweeping array of previously unexamined state, federal, and British colonial sources, Rebellious Passage examines the neglected maritime dimensions of the extensive US slave trade and slave revolt. The focus on south-to-south self-emancipators at sea differs from the familiar narrative of south-to-north fugitive slaves over land. Moreover, a broader hemispheric framework of clashing slavery and antislavery empires replaces an emphasis on US antebellum sectional rivalry. Written with verve and commitment, Rebellious Passage chronicles the first comprehensive history of the ship revolt, its consequences, and its relevance to global modern slavery. 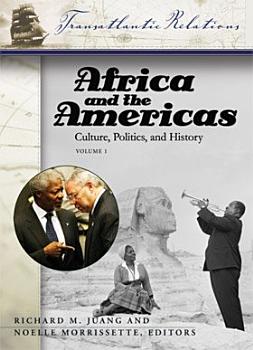 
This encyclopedia explores the many long-standing influences of Africa and people of African descent on the culture of the Americas, while tracing the many ways in which the Americas remain closely interconnected with Africa. * Over 100 expert contributors--a diverse group of international scholars from all sides of the Atlantic representing many different disciplines * A rich collection of photographs of major political, cultural, and intellectual leaders from both sides of the Atlantic 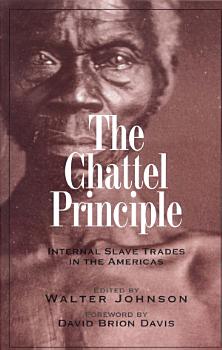 
This wide-ranging book presents the first comprehensive and comparative account of the slave trade within the nations and colonial systems of the Americas. While most scholarly attention to slavery in the Americas has concentrated on international transatlantic trade, the essays in this volume focus on the slave trades within Brazil, the West Indies, and the Southern states of the United States after the closing of the Atlantic slave trade. The contributors cast new light upon questions that have framed the study of slavery in the Americas for decades. The book investigates such topics as the illegal slave trade in Cuba, the Creole slave revolt in the U.S., and the debate between pro- and antislavery factions over the interstate slave trade in the South. Together, the authors offer fresh and provocative insights into the interrelations of capitalism, sovereignty, and slavery. 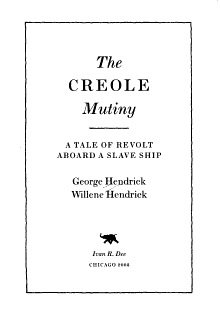 
Tells the little-known story of the 1841 insurrection aboard the slave ship Creole as it transported slaves from Richmond, Virginia to New Orleans. 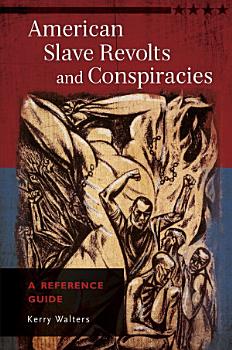 
Provides a comprehensive overview of 10 major slave revolts and examines how those uprisings and conspiracies impacted slaveholding colonies and states from 1663 to 1861. Offers an overview of American slave revolts and conspiracies to revolt Explores the context of chronic fear of uprising in slaveholding colonies and states in North America from 1663 to 1861 Offers accounts gleaned from primary resources regarding slave leaders and their lieutenants, and of the trials that condemned them Describes the climate of fear in which slaveholding whites lived, as well as the various social practices and legal statutes they enacted to minimize the risk of slave revolt Includes a narrative, primary materials, biographics, a chronology, and an annotated bibliography—all of which will be helpful to students writing papers on the topic 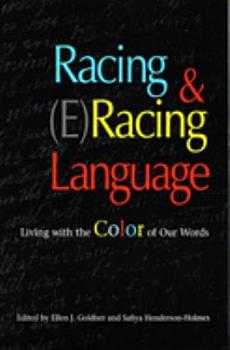 
Explores poetry, critical essays, personal narrative, dialogue, and political speech of diverse ethnic groups in America's history. This anthology - the first of its kind - considers the poetry, critical analysis of literature and language, personal narrative, dialogue and political speech by African American, Asian American, and European American authors. Racing and (E)Racing explores geners in American literature from the 1850s through the 1990s - from work songs to poetry; from fiction to theater. This book sheds light on many kinds of American language and throws into relief the written word as a shifting common ground - a charged and unpredictable space - where different voices, ethnic groups, and classes exert different kinds and varying degrees of influence on one another. 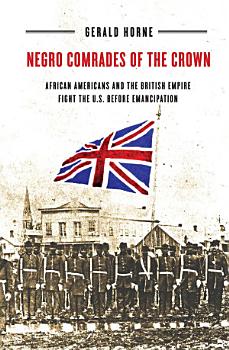 
"Highly recommended." —Choice “Meticulously researched . . . will provoke thought and discussion on the relationship between the peculiar institution and diplomacy in this important and growing field of study.” —H-Net “In this brilliant, stunning book, Horne shows us how the issue of slavery still intrudes upon our national discussions."—Ishmael Reed, John D. MacArthur Fellow Throughout the history of the early republic, many African Americans viewed Britain, an early advocate of abolitionism and emancipator of its own slaves, as a powerful ally in their resistance to slavery in the Americas. This allegiance was far-reaching, from the Caribbean to outposts in North America to Canada. In turn, the British welcomed and actively recruited both fugitive and free African Americans, arming them and employing them in military engagements throughout the Atlantic World, as the British sought to maintain a foothold in the Americas following the Revolution. In this path-breaking book, Horne rewrites the history of slave resistance by placing it for the first time in the context of military and diplomatic wrangling between Britain and the United States. Painstakingly researched and full of revelations, Negro Comrades of the Crown is among the first book-length studies to highlight the Atlantic origins of the Civil War. Gerald Horne is Moores Professor of History and African-American Studies at the University of Houston. His books include The Deepest South: The United States, Brazil, and the African Slave Trade and Race War!: White Supremacy and the Japanese Attack on the British Empire (both available from NYU Press). 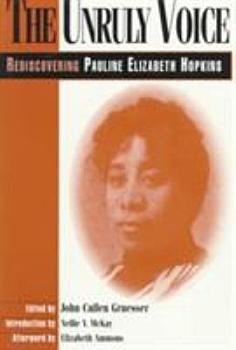 
The Unruly Voice explores the literary and journalistic career of Pauline Elizabeth Hopkins, a turn-of-the-century African American writer who was editor in chief of the Colored American Magazine, though it was not acknowledged on the masthead. Hopkins wrote short fiction, novels, nonfiction articles, and a play believed to be the first by an African American woman. Versatile and politically committed, she was fired when the magazine was bought by an ally of Booker T. Washington who disliked her editorial stands and unconciliatory politics. Even though more than a thousand pages of Hopkins's works have been brought back into print, The Unruly Voice is the first book devoted exclusively to her writings and the significance she holds for readers today. Contributors explore the social, political, and historical conditions that informed her literary works. 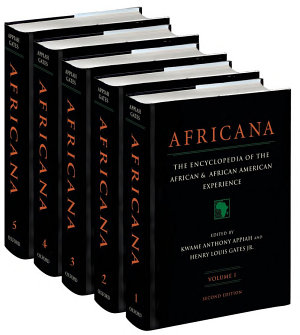 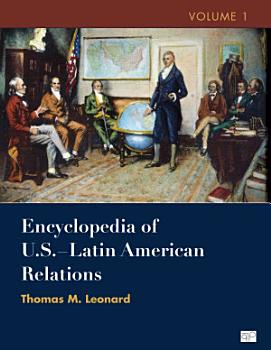 
No previous work has covered the web of important players, places, and events that have shaped the history of the United States’ relations with its neighbors to the south. From the Monroe Doctrine through today’s tensions with Latin America’s new leftist governments, this history is rich in case studies of diplomatic, economic, and military cooperation and contentiousness. Encyclopedia of U.S.-Latin American Relations is a comprehensive, three-volume, A-to-Z reference featuring more than 800 entries detailing the political, economic, and military interconnections between the United States and the countries of Latin America, including Mexico and the nations in Central America, the Caribbean, and South America. Entries cover: Each country and its relationship with the United States Key politicians, diplomats, and revolutionaries in each country Wars, conflicts, and other events Policies and treaties Organizations central to the political and diplomatic history of the western hemisphere Key topics covered include: Coups and terrorist organizations U.S. military interventions in the Caribbean Mexican-American War The Cold War, communism, and dictators The war on drugs in Latin America Panama Canal Embargo on Cuba Pan-Americanism and Inter-American conferences The role of commodities like coffee, bananas, copper, and oil “Big Stick” and Good Neighbor policies Impact of religion in U.S.-Latin American relations Neoliberal economic development model U.S. Presidents from John Quincy Adams to Barack Obama Latin American leaders from Simon Bolivar to Hugo Chavez With expansive coverage of more than 200 years of important and fascinating events, this new work will serve as an important addition to the collections of academic, public, and school libraries serving students and researchers interested in U.S. history and diplomacy, Latin American studies, international relations, and current events. 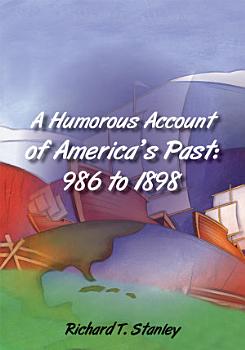 
America was discovered by a few Norwegians who got lost while sailing to Greenland. Had they established a permanent settlement, America might be the United States of Wine-Land. In 1492, Columbus gave the men of San Salvador shiney glass beads, and their women gave his crew syphillus. Who took advantage of whom? If not for the defeat of the Spanish Armada in 1588, America today would likely be Spanish and Catholic. Early English explorers were pirates of the Caribbean, and early American colonists were illegal immigrants. The first English colony in America was a lot like Gongral Motore, and the husband of Pocahontas was responsible for lung cancer and slavery in the south. More recently, Teddy Roosevelt and his "Rough Riders" had to run up San Juan Hill--someone forgot to transport their horses! So how did America become the greatest nation on earth? Read my book. 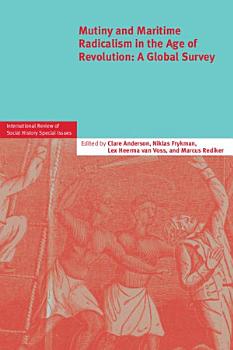 
This volume explores mutiny and maritime radicalism in its full geographic extent during the Age of Revolution. 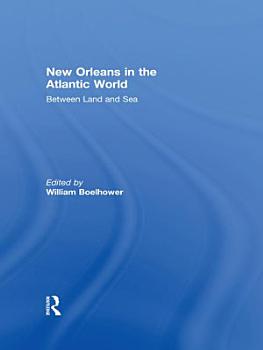 
The thematic project ‘New Orleans in the Atlantic World’ was planned immediately after hurricane Katrina and focuses on what meteorologists have always known: the city’s identity and destiny belong to the broader Caribbean and Atlantic worlds as perhaps no other American city does. Balanced precariously between land and sea, the city’s geohistory has always interwoven diverse cultures, languages, peoples, and economies. Only with the rise of the new Atlantic Studies matrix, however, have scholars been able to fully appreciate this complex history from a multi-disciplinary, multilingual and multi-scaled perspectivism. In this book, historians, geographers, anthropologists, and cultural studies scholars bring to light the atlanticist vocation of New Orleans, and in doing so they also help to define the new field of Atlantic Studies. This book was published as a special issue of Atlantic Studies. 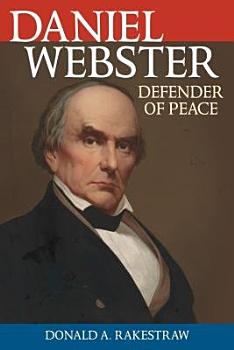 
Donald A. Rakestraw focuses on Daniel Webster’s critical diplomatic efforts. His domestic resumé garnered him the title “Defender of the Constitution,” while his adroit handling of his signature accomplishment with Lord Ashburton earned him the additional title of “Defender of the Peace.” 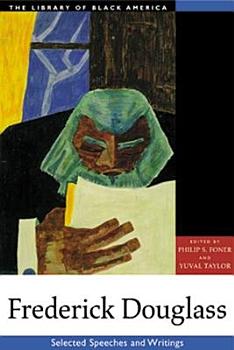 
One of the greatest African American leaders and one of the most brilliant minds of his time, Frederick Douglass spoke and wrote with unsurpassed eloquence on almost all the major issues confronting the American people during his life—from the abolition of slavery to women’s rights, from the Civil War to lynching, from American patriotism to black nationalism. Between 1950 and 1975, Philip S. Foner collected the most important of Douglass’s hundreds of speeches, letters, articles, and editorials into an impressive five-volume set, now long out of print. Abridged and condensed into one volume, and supplemented with several important texts that Foner did not include, this compendium presents the most significant, insightful, and elegant short works of Douglass’s massive oeuvre.