Home/Search Results for "the politics of conflict economies" 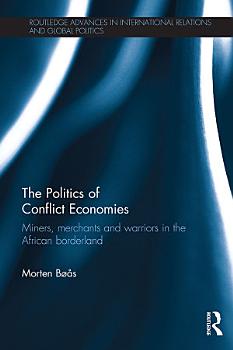 
Conflict economies cannot be approached in isolation but must instead be contextualised socially and historically. These economies did not emerge in vacuum, but are part and parcel of the history of people and place. This book explores the informal and illicit extraction and trade of minerals and other types of natural resources that takes place in the 'borderlands' during periods of conflict. This type of extraction and marketing, often referred to as ‘conflict trade’ depends on a weak state, and works alongside the structures of the state and its officials. The book emphasises that conflicts do not start as competition over natural resources and in turn suggests that the integration of the extraction and marketing of natural resources only starts once fighting is well under way. Boas argues that although economic agendas are an integral part of African conflicts, the desire to accumulate is not the only motivation. Thus, in order to present a more comprehensive analysis of conflict we need to take into account political, cultural, and historical factors, in addition to the economic dimensions of conflict. This book will be of very strong interest to students and scholars of political economy, conflict studies, international relations and development. 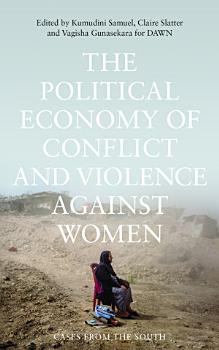 
The Political Economy of Conflict and Violence against Women shows how political, economic, social and ideological processes intersect to shape conflict related gender-based violence against women. Through feminist interrogations of the politics of economies, struggles for political power and the gender order, this collection reveals how sexual orders and regimes are linked to spaces of production. Crucially it argues that these spaces are themselves firmly anchored in overlapping patriarchies which are sustained and reproduced during and after war through violence that is physical as well as structural. Through an analysis of legal regimes and structures of social arrangements, this book frames militarization as a political economic dynamic, developing a radical critique of liberal peace building and peace making that does not challenge patriarchy, or modes of production and accumulation. 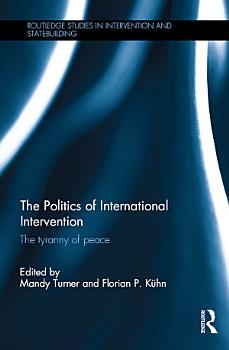 
This book critically explores the practices of peacebuilding, and the politics of the communities experiencing intervention. The contributions to this volume have a dual focus. First, they analyse the practices of western intervention and peacebuilding, and the prejudices and politics that drive them. Second, they explore how communities experience and deal with this intervention, as well as an understanding of how their political and economic priorities can often diverge markedly from those of the intervener. This is achieved through theoretical and thematic chapters, and an extensive number of in-depth empirical case studies. Utilising a variety of conceptual frameworks and disciplines, the book seeks to understand why something so normatively desirable – the pursuit of, and building of, peace – has turned out so badly. From Cambodia to Afghanistan, Iraq to Mali, interventions in the pursuit of peace have not achieved the results desired by the interveners. But, rather, they have created further instability and violence. The contributors to this book explore why. This book will be of much interest to students, academics and practitioners of peacebuilding, peacekeeping, international intervention, statebuilding, security studies and IR in general. 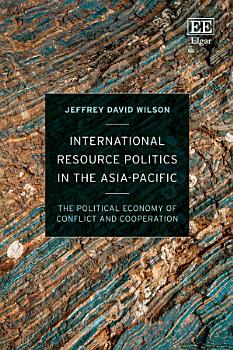 
Resource security is a new battleground in the international politics of the Asia-Pacific. With demand for minerals and energy surging, disputes are emerging over access and control of scarce natural resource endowments. Drawing on critical insights from political economy, this book explains why resources have emerged as a source of inter-state conflict in the region. 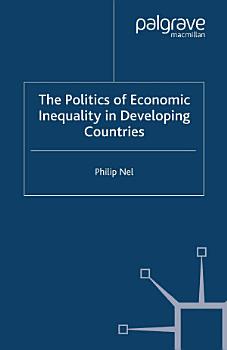 
Inequalities of wealth and income have a significant impact for the achievement of economic, political and human development in developing counties. This book argues that a high level of economic inequality undermines a country's growth potential, retards the development of social capital, and encourages corruption. 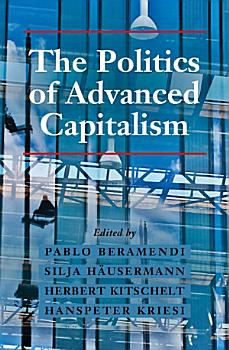 
This book serves as a sequel to two distinguished volumes on capitalism: Continuity and Change in Contemporary Capitalism (Cambridge, 1999) and Order and Conflict in Contemporary Capitalism (1985). Both volumes took stock of major economic challenges advanced industrial democracies faced, as well as the ways political and economic elites dealt with them. However, during the last decades, the structural environment of advanced capitalist democracies has undergone profound changes: sweeping deindustrialization, tertiarization of the employment structure, and demographic developments. This book provides a synthetic view, allowing the reader to grasp the nature of these structural transformations and their consequences in terms of the politics of change, policy outputs, and outcomes. In contrast to functionalist and structuralist approaches, the book advocates and contributes to a 'return of electoral and coalitional politics' to political economy research. 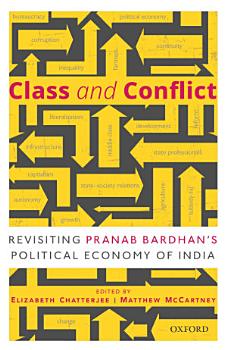 
In 1984, Pranab Bardhan published his classic work The Political Economy of Development in India. It went on to become one of the most influential references on the political economy of development in the pre-reform period of independent India. Class and Conflict reflects on the enduring influence of Bardhan’s original publication in the context of post-liberalization developments in India. Drawing on their own world-leading research, the contributors to this volume engage with a wide range of issues, such as whether big business dominates India today, how subsidies retard economic growth, and how the middle classes are transforming politics. Together they try to answer the big question: what has really changed in the political and economic climate of the country over the last 30 years? Exploring the continuities and changes that have characterized India’s political economy since 1984, this volume takes stock of the main challenges of India’s economic development today. It contributes to current debates on economic growth, crony capitalism, agrarian crisis, the politics of class and caste, and the role of the state in a liberalizing economy. 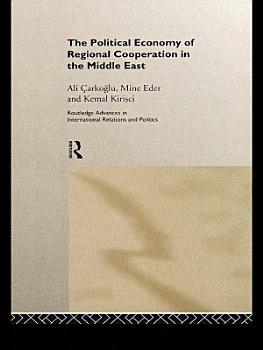 
This book explores the current anatomy of regional cooperation and why it has often failed to take hold. It offers an alternative view of politics and international relations in the Middle East. The findings show that co-operation between many of the more open regimes, such as Israel, Jordan, Egypt, Palestine and Turkey can pave the way to increased stability in the region. The authors argue that focusing on international and regional factors alone is insufficient in explaining the prevailing instability in the region. Instead they highlight domestic factors as crucial to understanding conflict and co-operation in the Middle East. Using many examples and looking particularly at Turkey's experiences, this study shows why it is essential to mobilize domestic support for co-operation amongst countries and regions of the Middle East. Without such support from economic and social groups, inter-governmental co-operation is less likely to last.


In 1984, Pranab Bardhan published his classic work The Political Economy of Development in India (PEDI). It went on to become one of the most influential references on the political economy of development in the pre-reform period of independent India. Class and Conflict reflects on the enduring influence of Bardhan's original publication in the context of post-liberalization developments in India. Drawing on their own world-leading research, the contributors to this volume engage with a wide range of issues, such as whether big business dominates India today, how subsidies retard economic growth, and how the middle classes are transforming politics. Together they try to answer the big question: what has really changed in the political and economic climate of the country over the last 30 years? Exploring the continuities and changes that have characterized India's political economy since 1984, this volume takes stock of the main challenges of India's economic development today. It contributes to current debates on economic growth, crony capitalism, agrarian crisis, the politics of class and caste, and the role of the state in a liberalizing economy. 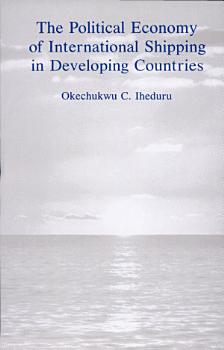 
This study addresses the gap between the industrialized nations of the North and the developing nations of the South - particularly through the maritime trade and industry - as the central problem of the international political economy in the twentieth century. Trade is the largest contributor to the asymmetrical relationships and ensuing conflicts that have emerged between the North and the South since the days of the Industrial Revolution. Shipping has played a pivotal role as the vector or artery through which this trade is conducted and in which this pattern of inequality has only recently been challenged by the South. Okechukwu C. Iheduru describes the conflict, providing a comprehensive analysis and explanation of why weak actors often fail to effect changes in the regimes that govern their international relations. One such failed attempt is the quest by the South for a new international maritime order (NIMO), which emerged after the 1974 United Nations Convention on a Code of Conduct for Liner Conferences as a derivative of the demand for a new international economic order (NIEO). Empirical generalizations and comparisons are drawn from the experiences of three West African countries (Cote d'Ivoire, Ghana, and Nigeria) and four countries in Southeast Asia (South Korea, Singapore, Thailand, and Indonesia). Iheduru's main argument is that the failure of NIEO and its derivative, the NIMO, is related to the constraints of "late industrialization," especially technological changes, the distribution of power in world shipping, competing nationalism, and the state-society interaction in the policy process. Except in South Korea and Singapore, the attempt by the South to develop national merchant fleets to change the liberal shipping regime failed because of their inability to match the rapidity of change in the maritime industry, overcome the head start of the traditional maritime states in world trade, suppress arrogant nationalism for the efficiency of regional cooperation, and nurture capitalism under state policies beneficial for trade and merchant marine. The late-industrialization theory developed by Alexander Gerschenkron is modified to capture adequately the multifaceted dimensions of North-South relations in general and the fractures in the shipping sector in particular. A discussion of the role of structures, agency, and intragroup politics in development is integrated into one unified framework of analysis.